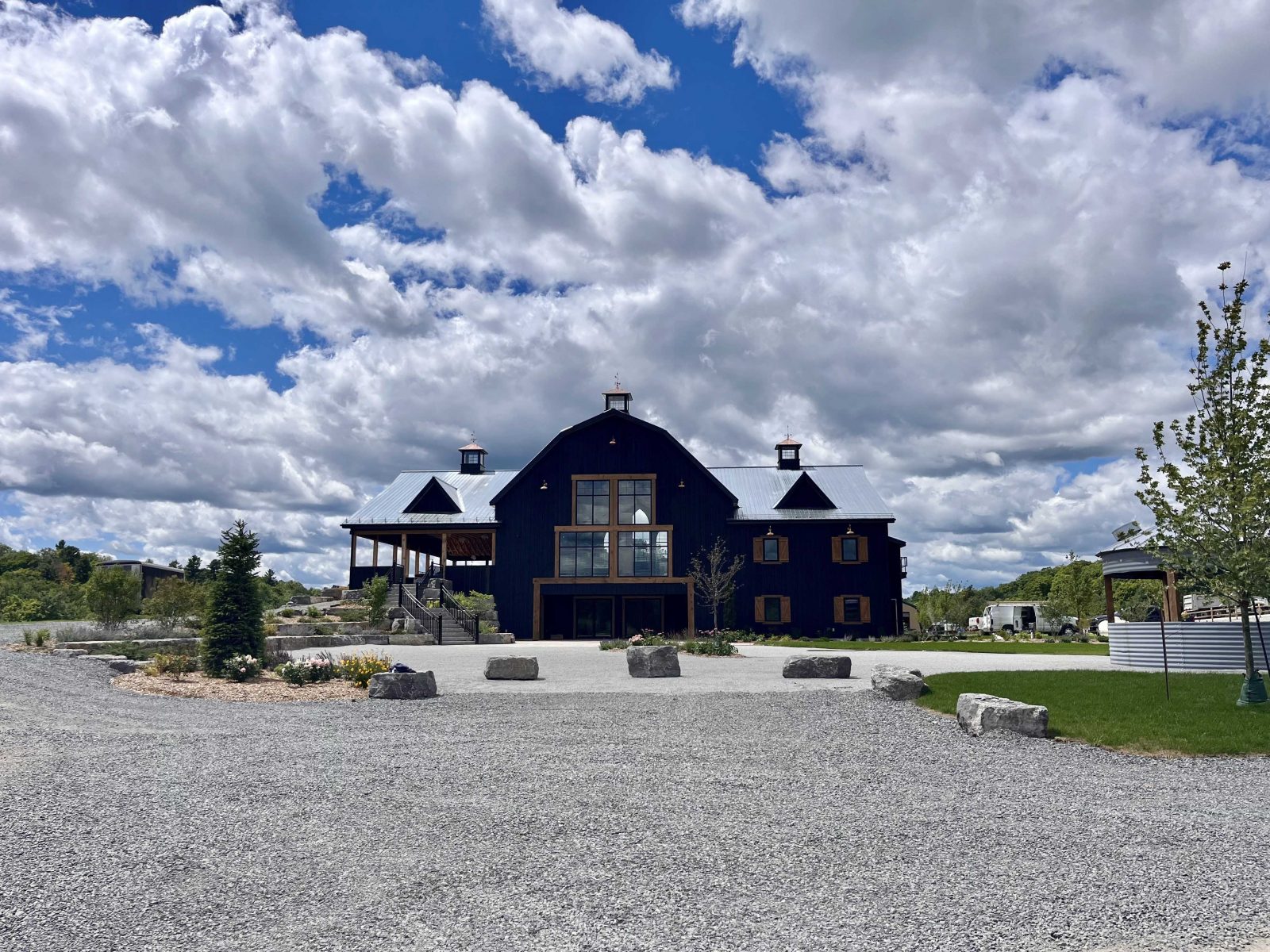 The Fournier family has worked to build River House Vineyard and Winery from the ground up, including planting the vineyard and building the picturesque tasting room.

After 20 years working at a desk, John Fournier decided he was ready for a change.

He sold his business and drew from his family’s rich history of farming — dating back two generations in the small eastern Ontario community of Westport — to plot a course for a new career working with the land.

With the help of Brock’s Cool Climate Oenology and Viticulture Institute (CCOVI), Fournier is now seeing his dream come to fruition.

While he had always intended to follow in his family’s farming footsteps, Riesling and Chardonnay were not part of the initial plan.

As ideas for his farm evolved, a relative alerted him to an auction sale at a nearby Westport property, which just so happened to be the homestead where his grandmother grew up. He attended the auction with the intention of purchasing some farming equipment. 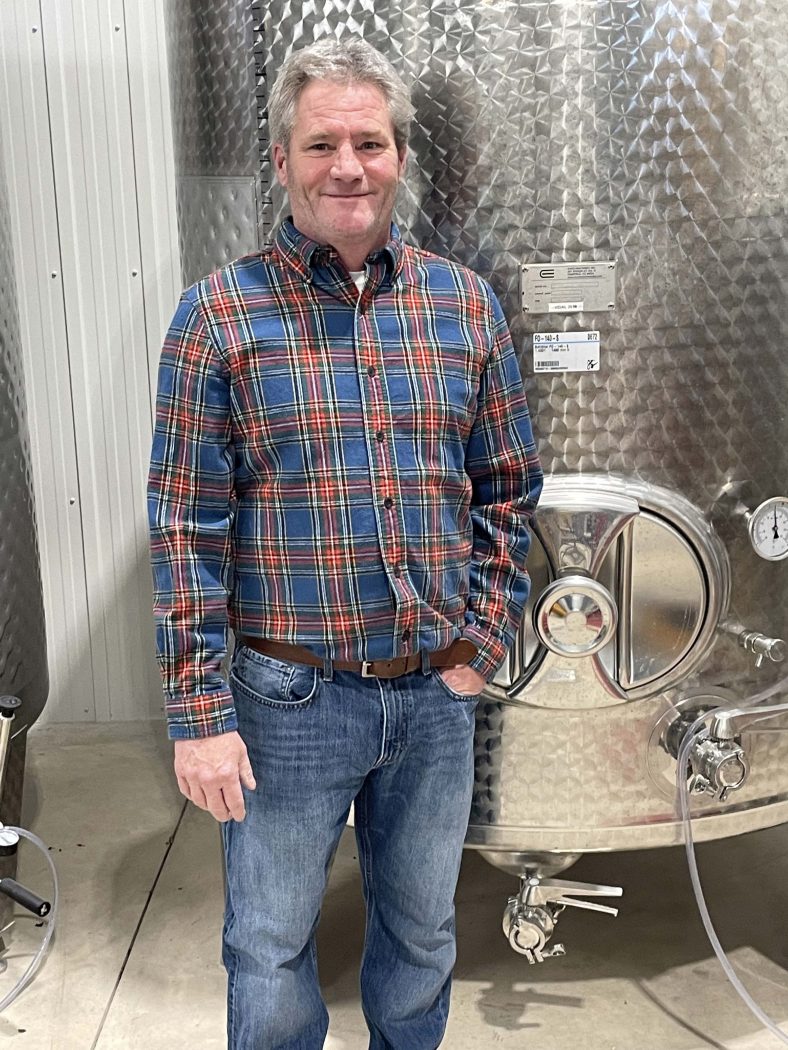 “We didn’t get the hay rake as planned, we bought the farm instead,” said Fournier. “Afterwards, my wife Colleen and I looked at each other and tried to decide what we wanted to do or grow, which slowly grew into the idea for a vineyard.”

And so began the journey to build River House Vineyard and Winery.

Fournier consulted with neighbouring winemaker François Scheuermann on plans for the vineyard. He looked to CCOVI’s suite of professional and continuing studies courses to learn about the winemaking process and enrolled in the Foundations in Winemaking program.

Beyond assisting at the neighbouring winery, Fournier was new to the world of winemaking when he began his studies at CCOVI. He said the program’s grounding in science was instrumental to learning the ‘whys’ of winemaking.

“From start to finish the program was so thorough,” he said. “Our instructor, Steve Trussler, ensured we understood the science of the process — why a wine was doing what it was doing during production, or why a wine tasted the way it did.”

Though Fournier completed the program for professional development, he feels it is not only beneficial for those working in the grape and wine industry, but also for winemaking hobbyists or even those who simply enjoy wine.

“The program covered the process right from the grape all the way to the glass,” he said. “It helps you understand and appreciate the winemaking process. I’ve taken what feels like a million courses in my life through business, school and such and I can’t highlight how great the course and instructor were enough — I’ve never had a teacher like Steve.”

In addition to the knowledge gained at CCOVI, Fournier said his family and winery crew have been vital in building the business.

“From field to glass, the business has been a family affair,” he said. “My daughters Brianna and Megan and my son Andrew have worked tirelessly alongside Colleen and I planting vines, harvesting grapes, bottling wine and every job in between. Andrew is also planning to register for the Foundations in Winemaking program in the near future.”

Since Fournier’s completion of the program in 2021, CCOVI has received approval from the Ministry of Colleges and Universities for Ontario’s first micro-credentials in winemaking and cider production.

For more information or to register for a micro-credential program, visit CCOVI’s professional and continuing studies page.