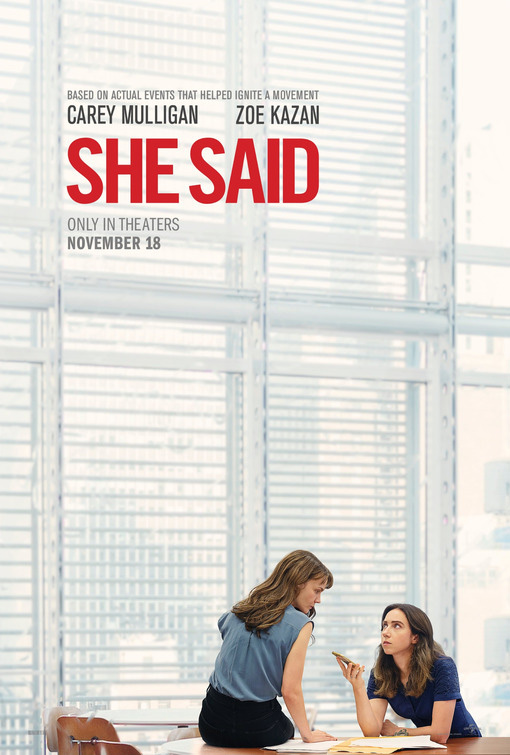 The Brock University Film Society returns this week with She Said starring Carey Mulligan and Patricia Clarkson on Thursday, Jan. 19 at 7 p.m. at the Film House.

Homed in Brock’s Department of Communication, Popular Culture and Film (CPCF), BUFS aims to bring the best in independent and art house cinema to Niagara. Screenings take place at the Film House at the FirstOntario Performing Arts Centre on Thursday nights.

Associate Professor of Film Studies Anthony Kinik says that She Said, directed by Maria Schrader and based on the book by the journalists at the centre of the story, Megan Twohey and Jodi Kantor, is “a great newsroom drama” in the tradition of films like Spotlight and All The President’s Men.

Kinik notes that although the February and March BUFS selections have yet to be confirmed, he is hopeful that this winter, BUFS can bring in more of the groundbreaking work directed by women over the past year.

Recent years have brought more films directed by women, says Kinik, “and the results have often been stunning.”

“In some cases, we see some of these directors literally reinventing film form through bold, formal experimentation.”

Tickets for all screenings are available at the Film House. General admission is $9.50 or $7.50 for Film House members, plus tax. Free BUFS memberships are also available on screening nights.