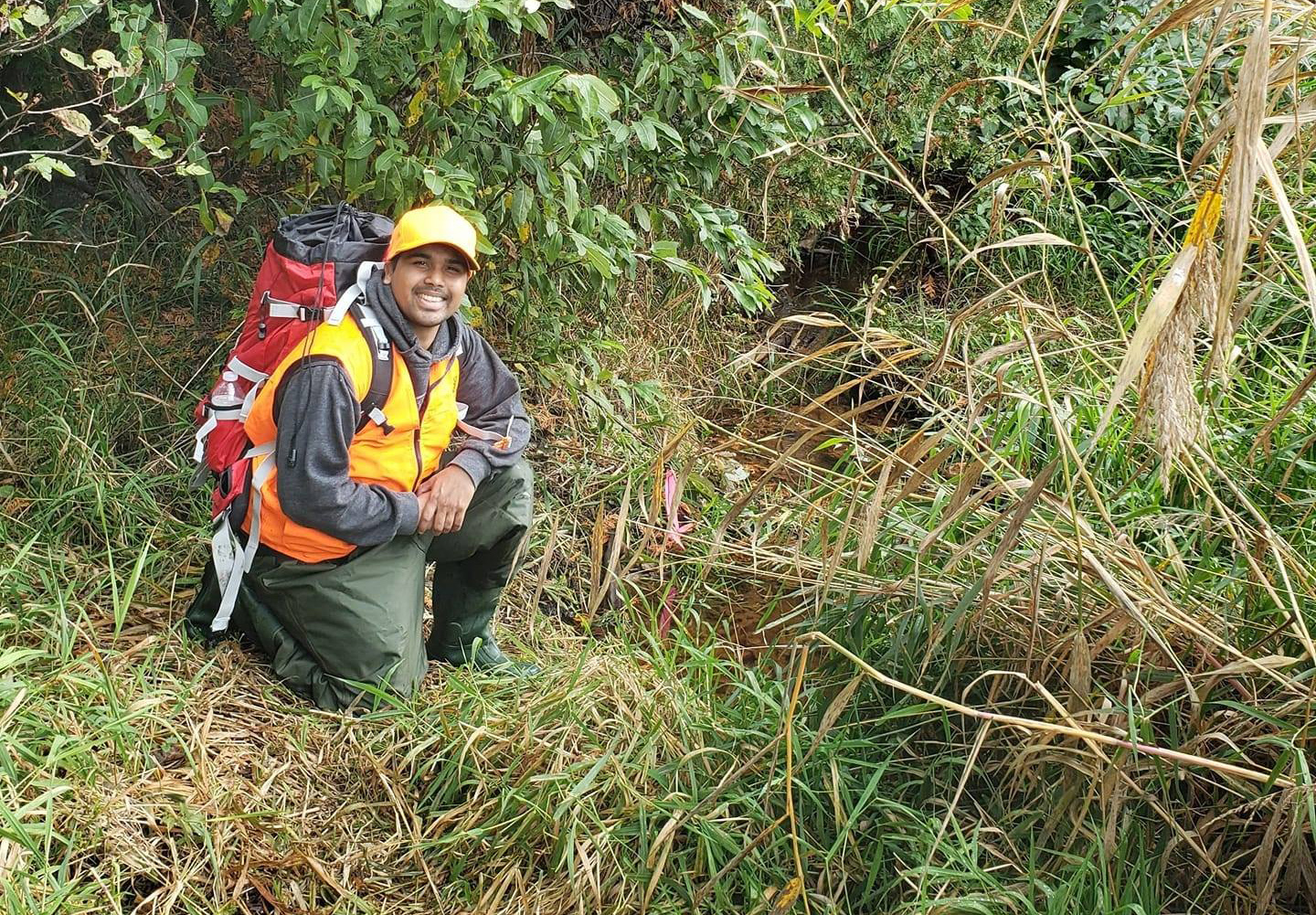 While farms provide food, employment and tranquil scenery, they can also have the unintended effect of altering the chemistry of local water sources.

Sethumadhavan is testing water samples he collected from 30 sites to look for levels of dissolved organic carbon (DOC) in the water.

“We’re comparing what the carbon fingerprint looks like in forested areas to regions that have been heavily disturbed by agriculture,” he says. “We think there will be more fragments from trees and other organic substances in the molecules of water found in undisturbed areas.” 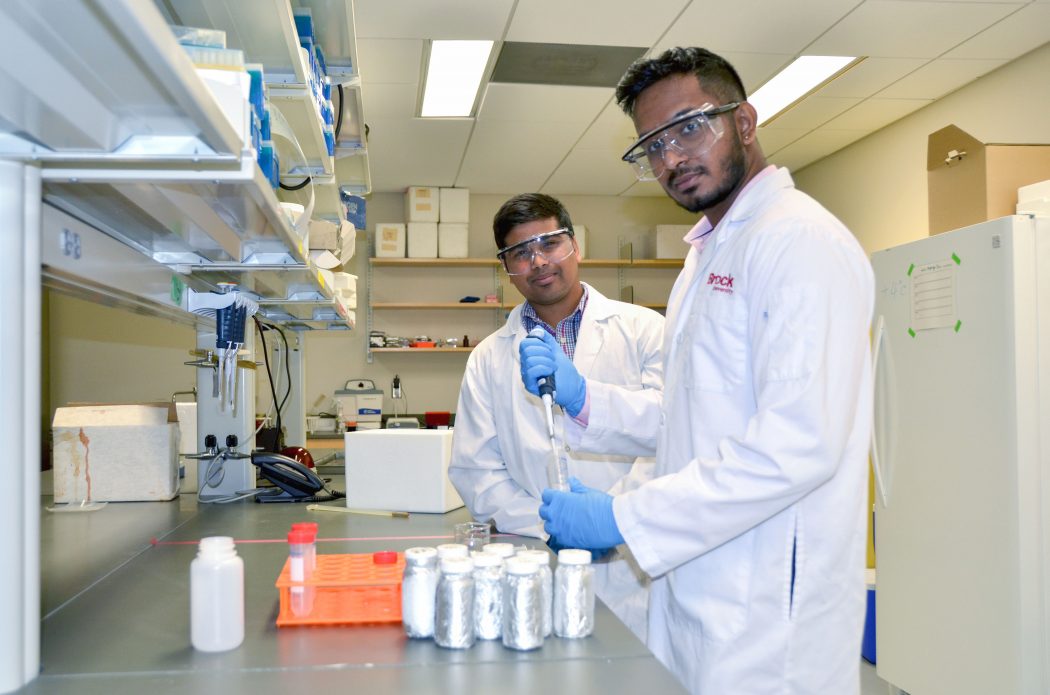 “We are particularly concerned with how metals are transported to aquatic systems after the use of metal-containing fertilizers in agriculture,” he says.

But with trees being felled and soils disrupted by constant tilling and crop growth, these and other “human-driven disturbances” transfer organic carbon that was stored on land into the water. Inorganic contaminants from fertilizer use also enter the water.

The more organic carbon they consume, the more these streams emit greenhouse gases like methane and carbon dioxide — those associated with climate change, he says.

“With increased urban development and agriculture in the Kawartha and Peterborough regions, understanding the extent of contamination in southern Ontario watersheds can serve as an informative benchmark of how ecosystems may change, and allow for proactive mitigation,” says Liang.

Although the research is taking place in the Kawartha Lakes and Durham Region, the findings will be equally applicable to Niagara, a region highly dependent on agriculture, says Mangal.

Mangal, who is new to Brock, focuses his research on how fertilizers are impacting soil chemistry and plans to work with farmers to implement sustainable, environmentally driven farming practices.