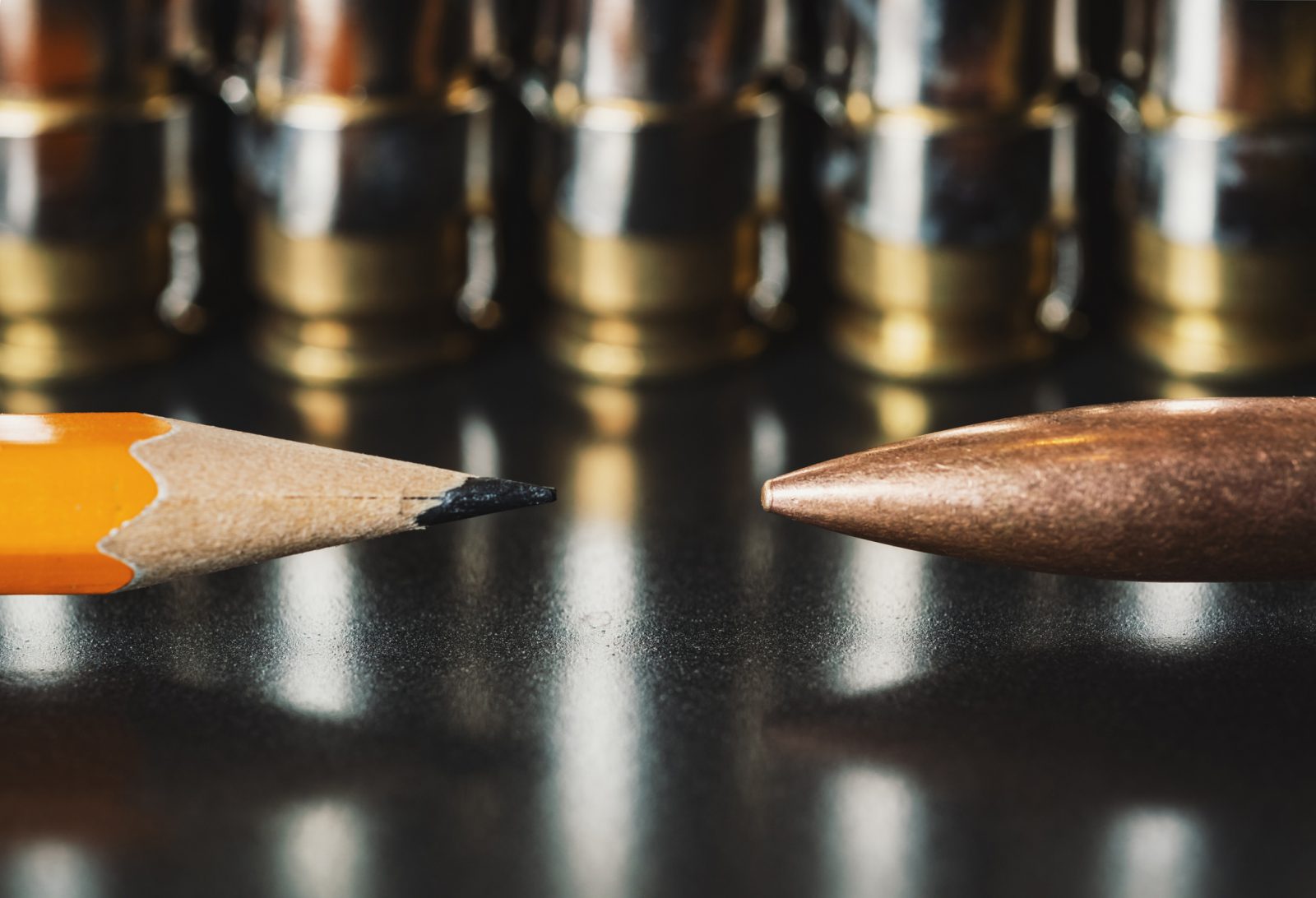 In their new book, two Brock researchers compare the strengths and weaknesses of five different policy theories in one of the least-studied areas of Canadian policy: gun control.

In Aiming to Explain: Theories of Policy Change and Canadian Gun Control, Associate Professors Timothy Heinmiller and Matthew Hennigar of the Department of Political Science seek to address some big questions about how political decisions are made in Canada.

“Testing policy process theories really gets to the heart of the question of how a democracy works,” says Heinmiller. “The theories are essentially different explanations and they can give you vastly different stories.”

In order to get the best sense of how the theories worked — or didn’t work — the authors wanted to focus on a single policy area. Heinmiller says the issue of gun control presented the perfect test case for the ambitious project.

“Gun control was a neutral field where we could test multiple theories,” he says. “It’s not as technically complicated as economic policy, for example, and none of the existing theories were developed specifically around gun control.” 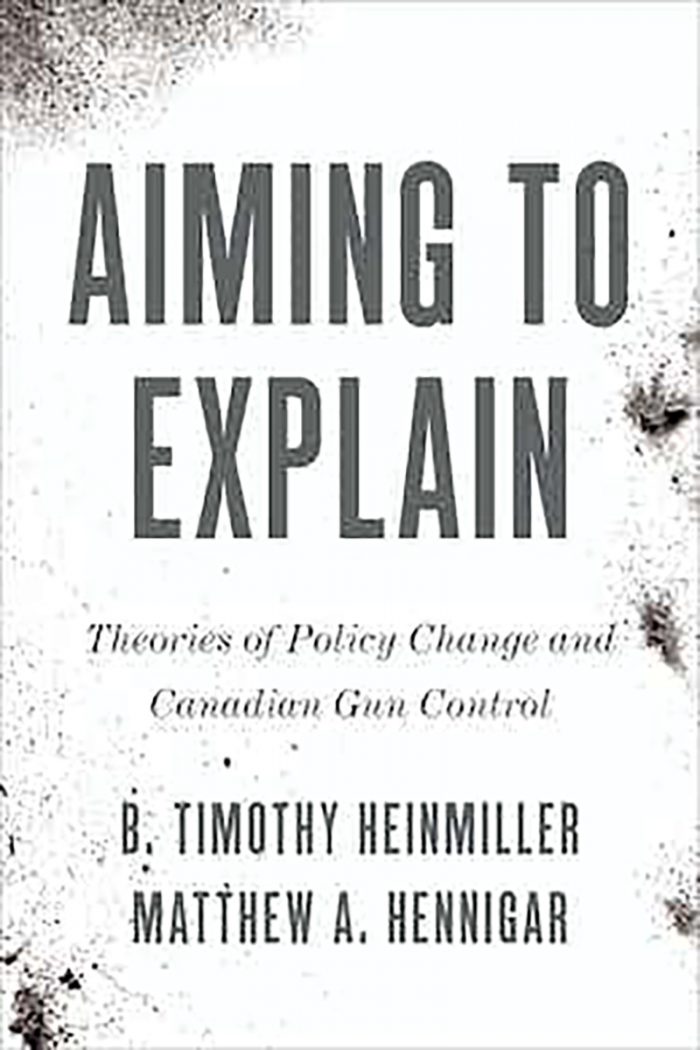 Aiming to Explain: Theories of Policy Change and Canadian Gun Control was published by University of Toronto Press earlier this year.

The subject is also one that is rarely written about in Canada. Hennigar says this is in part because for most of its history, firearms policy in Canada has not attracted much notice from academics.

“We’ve been registering firearms in Canada in some way, on and off, for over a century, and registration was seen as largely uncontroversial for most of the time from the 1930s onward,” he says. “It’s actually odd how little attention political scientists pay to firearms policy; most of what’s out there is written not by political scientists nor even social scientists, but by advocates.”

Having chosen their central issue, the authors set parameters by limiting their study to the window of time between the Montreal Massacre in 1989 and the repeal of the long-gun registry in 2012.

Hennigar adds that the timeframe included additional “grist for the mill” from a political science standpoint.

“The period also saw mass mobilization and new groups forming, including the emergence of an organized gun control group, which hadn’t really existed before 1989, as well as a counter-mobilization,” he says. “The partisan lines get sharper, and there’s a scandal when the Auditor General points out the enormous cost overruns with the long-gun registry. It’s really an active period.”

Next, they had to undertake five separate studies based on each of their chosen theories. It was a huge task that hadn’t been tried in the same way before.

“We set out to take a bunch of theories, which were all developed outside of Canada, and test them to see how well they travel to Canada and, in particular, how they work with this policy area where they haven’t been used before,” says Hennigar.

In addition to applying the theories themselves, they had to work through each theory’s associated research methods, embark on data collection, hunt down what academic writing there was to find on the issue and even keep pace when the authors of the theories made unexpected updates.

“One of the theories called multiple streams theory, which dated back to the late ’80s or early ’90s, actually updated and changed mid project,” says Heinmiller. “I collected data and wrote a chapter but then an update to the theory came out and I had to do it again.”

But the final product is a book that is already being used in class by Heinmiller and a novel approach that is being further explored by graduate students.

“Both Tim and I often approach research and writing from the lens of how it helps our teaching,” says Hennigar. “Tim was teaching a policy theory course but couldn’t find a book about Canada, so now we have it: a book actually about Canada for Canadian public policy scholars.”