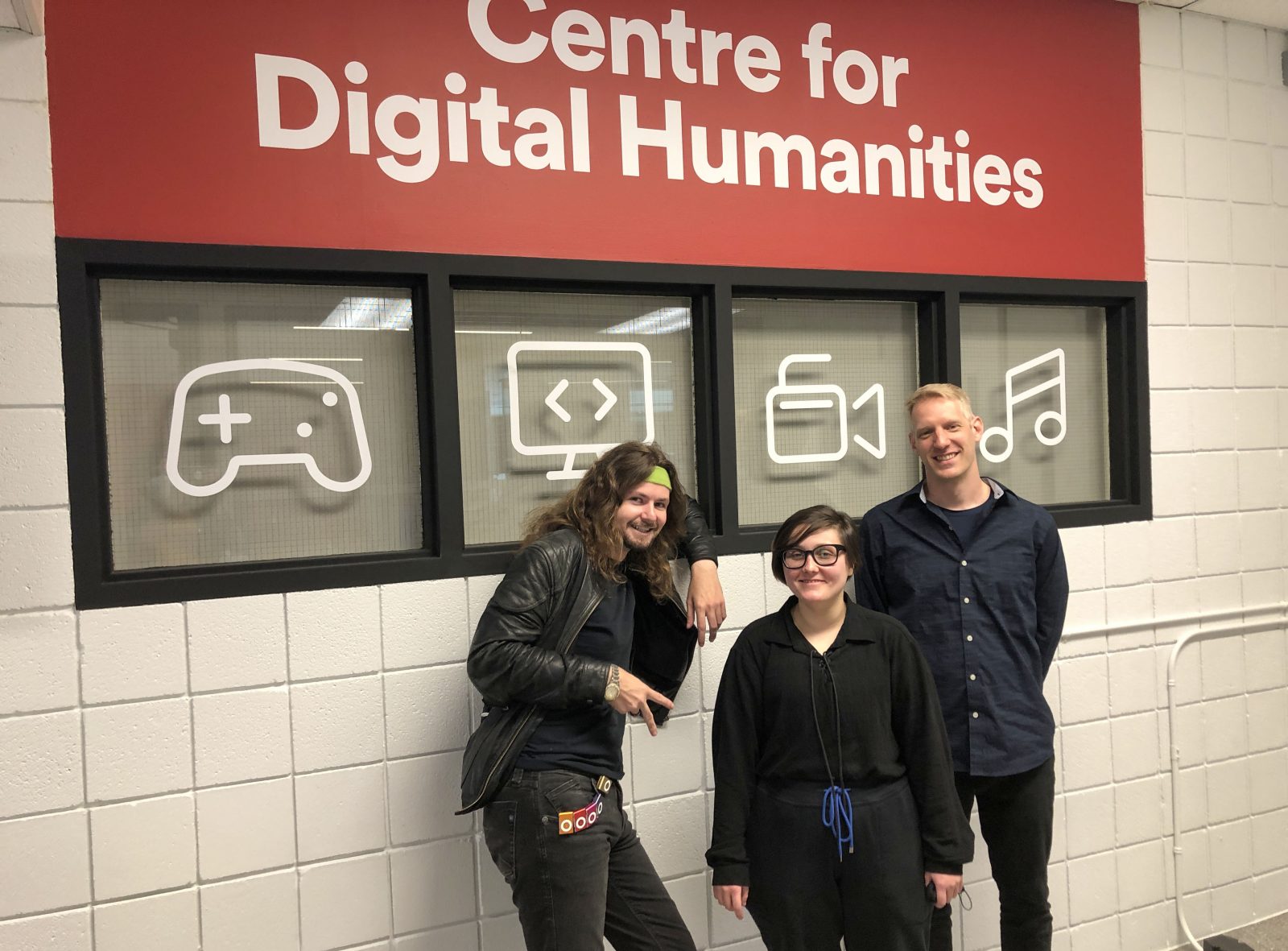 Paul Drotos, Kai Moiseeva and Stuart Gritter are part of the first cohort of students in Brock’s new Master of Arts in Game Studies program.

They’ve accepted the quest and are ready for the challenges and opportunities ahead.

The first cohort of students in Brock’s new two-year Master of Arts program in Game Studies have begun their coursework and plans for either a major research paper (MRP), technical project or thesis.

Launched this fall, the program has a special focus on “games for education, health and persuasion,” which examines how game design can be used in non-gaming fields.

Stuart Gritter (BA ’13) came to Game Studies through a background in English and Interactive Arts and Science (IASC) and is interested in studying how games use implicit lessons.

“There aren’t a lot of game-oriented programs out there, particularly at the MA level,” says Gritter, who has spent the past decade working in software development. “I’m hoping to do research on the different ways we learn from games.”

It’s a topic he’s already been exploring through his podcast, Learn From Game. Gritter looks forward to “being able to refine some of those ideas and to find academic support for some of the things that have come up over the years of talking about educational lessons and implicit lessons in games.”

He plans to use the MA program as preparation for a PhD.

Fellow Brock IASC grad Paul Drotos (BA ’19) has been working freelance in sound design in video games and audio editing since graduation. While he enjoyed working in sound design, he is looking forward to tackling a major research paper on labour in games.

He’s interested in examining games’ inclusion of “busy work that mimics labour in our daily lives.”

“I would love to explore the question of whether games are mimicking life or if they are preparing us for labour,” Drotos says.

Kai Moiseeva, who brings a background in communication and media to the Game MA program, appreciates the interdisciplinary approach taken in the courses.

“Through my undergraduate courses, I discovered game design and took everything I could,” he says. “We’re studying texts that very much help me connect what I learned in my undergrad to games.”

Moiseeva will be looking at the interactive nature of narrative and hopes to do a creative project in his second year.

“I’ve been playing games since I was a little kid,” he says. “I always appreciated games that had interactivity. The more games I played, the more I began to question how game narratives were different from book or movie narratives, and that just drew me in.”

For Gritter, returning to Brock for Game Studies highlights just how much the discipline has developed in the past decade.

“Ten years ago, game studies was still going through some speed bumps in terms of being taken seriously as a discipline,” he says. “The discipline is maturing and moving in a positive direction. Academia is giving the gaming community and gaming culture the respect it deserves. It’s very positive.”

The MA in Game Studies program invites applicants from a wide variety of backgrounds, including recent university graduates and mid-career professionals.