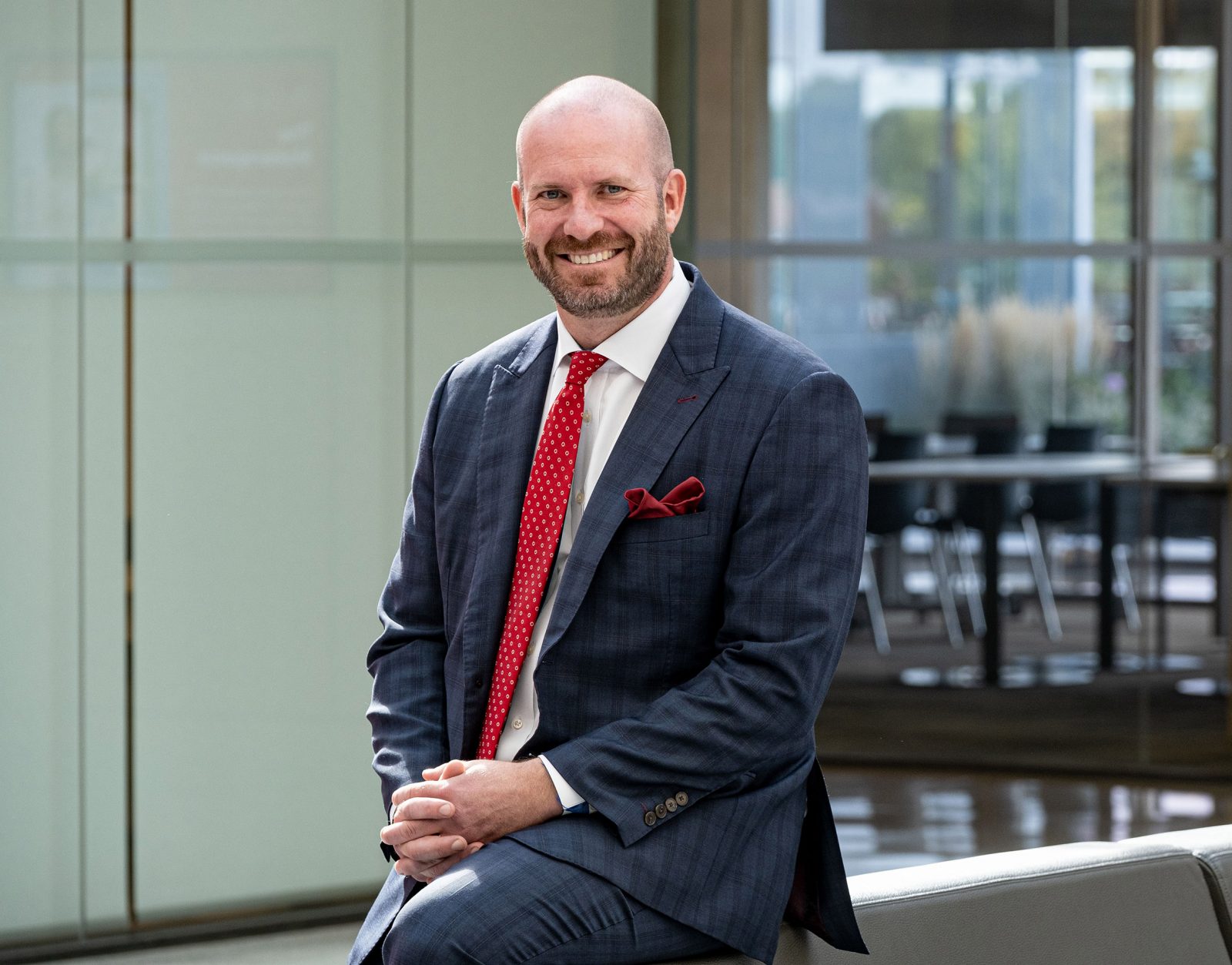 Scott McRoberts (BSM ’02) is passionate about sport. Early in life, he learned the many opportunities sport can offer and became committed to making sport programs accessible for all.

“I believe sport can be fundamental in shaping the lives of individuals and is an integral aspect of healthy communities,” says McRoberts, who was honoured during Brock’s Homecoming weekend as the Faculty of Applied Health Sciences (FAHS) Distinguished Graduate Award recipient.

During his time as a Brock Sport Management (SPMA) student and Badgers varsity athlete in tennis, McRoberts learned to embrace the opportunities available to him. Upon graduation, it meant pursuing a master’s in Sport Management at the University of San Francisco, where he graduated with the second highest academic standing of his class. 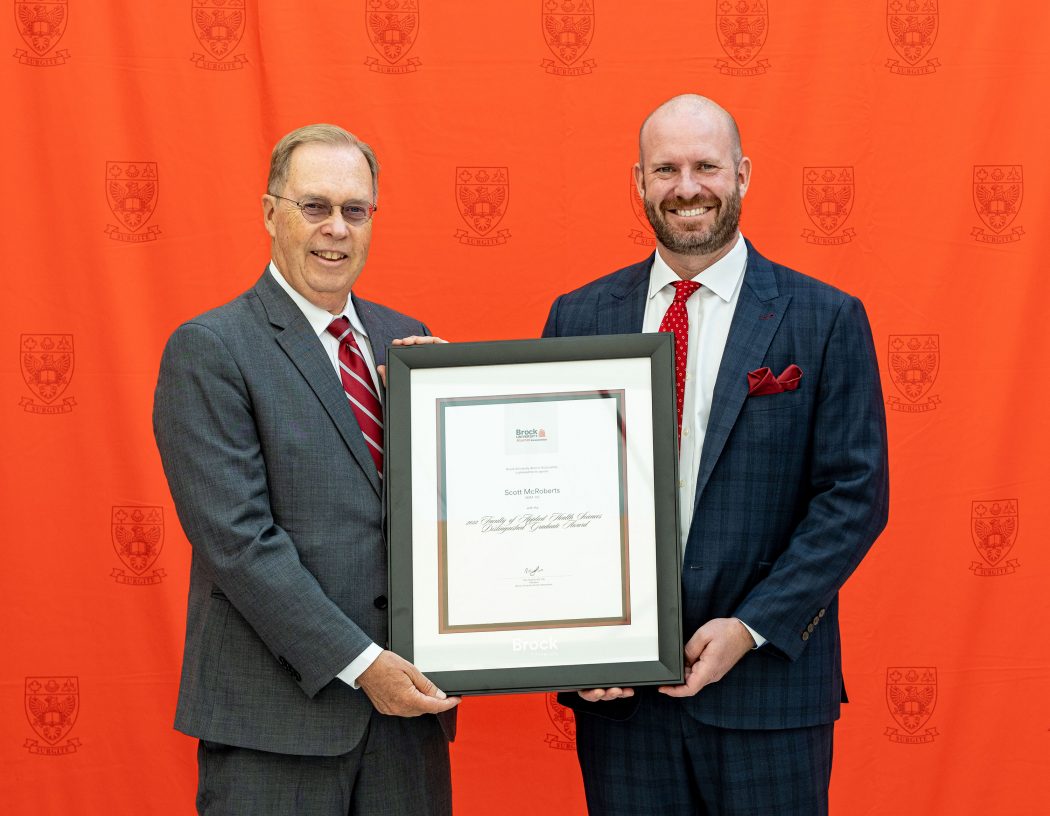 In California, McRoberts worked in various areas of sport management at both the university and community level. One of his passion projects included implementing a priority neighbourhood tennis program called ‘First Serve’ in communities throughout the United States.

He maintained his connections at home and went on to use his expertise to lead volunteers at National Collegiate Athletic Association (NCAA) events.

Never losing sight of the opportunity to lend a hand to the field’s next generation, McRoberts partnered with Brock’s SPMA Major Games course in 2007 to provide experiential learning opportunities for more than 20 students, who were able to work with him on two NCAA tournaments.

“Brock prepared me for my future — I was encouraged to get out and put myself in uncomfortable situations,” he says. “Being able to provide SPMA students with a learning experience and a chance to achieve their goals was a great way for me to help give back.”

Since March 2016, McRoberts has been the Athletic Director at the University of Guelph. He is also Associate Director of the International Institute for Sport Business and Leadership at the Lang School of Business.

With a focus on increasing student-athlete supports and increasing academic averages of student-athletes, McRoberts had a key role in the opening of the University of Guelph Gryphons Athletic Centre, and helped lead the ‘She’s Got Game’ initiative, which engaged women and girls in sport and provided the tools to succeed on and off the field of play.

“Each day, I work towards an integrated vision of student and community engagement and athletic excellence,” he says. “I’m fortunate to have been able to share knowledge with and learn from diverse populations, including children, university students, Indigenous athletes, para-athletes and even prison inmates.”

McRoberts’ extensive volunteerism includes serving as Volunteer Chair for the 2015 Parapan Am Games Wheelchair Tennis competition; and being a part of the delegation that brought the 2017 North American Indigenous Games to Ontario. He is currently Vice-Chair of the Board of the Wellington Dufferin Guelph Children’s Foundation and Executive Board Member of the Guelph Giving Pledge, which raise funds for homelessness, mental health supports for youth and food insecurity in southwestern Ontario.

For his community engagement initiatives, McRoberts was the recipient of the Brock University Alumni Association’s Alumni of Distinction Award in 2012. He was also honoured by the Guelph Chamber of Commerce in 2019 with a Lifetime Achievement Award for his work involving several local businesses, and in August 2022, he received the Casey Cosgrove Teaching Award of Excellence for his dedication to supporting students’ learning and well-being.

This past summer, McRoberts spent two weeks in Manitoba as part of the Governor General’s Leadership Program, where he co-chaired a group of executives from across Canada, along with government officials and military.

“Scott regularly demonstrates his commitment to community and volunteerism and as such, exhibits many of the qualities and skills our programs endeavour to instil in our graduates,” says FAHS Dean Peter Tiidus. “We are very proud to have him as one of our distinguished alumni.”

While his efforts have impacted the lives of many colleagues, students and community members, McRoberts says his greatest joy is the time he spends with his boys, wife Kate and their rescue dogs.