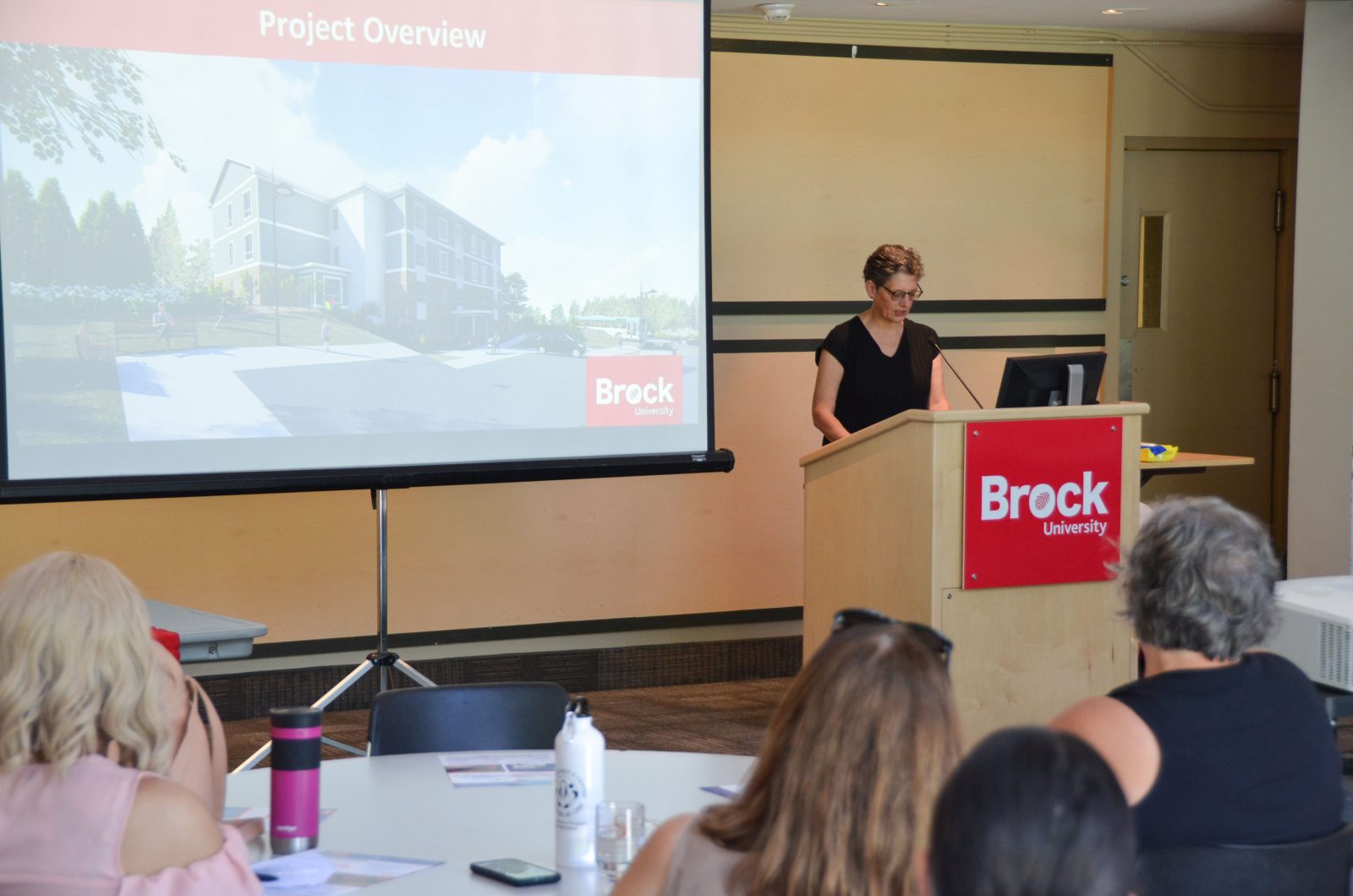 Brock Assistant Professor of Political Science Joanne Heritz shares preliminary results of the research project she headed with the Niagara Community Observatory at an event June 22. The NCO and YWCA Niagara Region created a partnership to study affordable housing for women in Niagara and will be presenting their final brief Nov. 23.

But it is more than just a shortage of inexpensive shelter that sees women and gender-diverse people being disproportionality locked out of the affordable housing system, says the brief, “Improving Safe and Affordable Housing for Women in Niagara, Before and After COVID-19.”

“There needs to be systemic change in providing programs and supports, so women and gender-diverse people are in a position to access housing, which goes beyond adding more housing units,” says lead author Joanne Heritz, Brock Assistant Professor of Political Science and Niagara Community Observatory (NCO) Research Associate.

The research team will present the brief at the YWCA Niagara Region’s Annual General Meeting, to be held online in the Microsoft Teams platform at Wednesday, Nov. 23 at 6 p.m.

To produce the brief, researchers with Brock’s Niagara Community Observatory partnered with the YWCA Niagara Region to form a Housing Advisory Council consisting of women and gender-diverse people who experienced homelessness, members of organizations who represent people with lived expertise of homelessness, and YWCA officials.

Through focus groups, researchers interviewed residents at the YWCA shelter and women in transitional housing to share their experiences.

From these interviews and other information gathered, the research team identifies five key areas in which women and gender-diverse people face barriers to access and keep housing that meets their needs:

“The current plan to build over one million homes in Ontario in the next decade does not address the fact that most of the women and gender-diverse people who face intersectional barriers described in this policy brief will not be able to afford to rent or buy these new homes without policies, funding and other resources to enable access,” says the brief.

The brief puts forth recommendations to the federal, provincial and Niagara Region governments, including:

Research team member and YWCA Executive Director Elisabeth Zimmermann says her organization has “always supported women who are in need of housing,” particularly as Niagara is going through a housing crisis.

“This joint research provides important information that verifies the importance of having an understanding of the housing needs of women and gender-diverse people and needs to be considered in any solutions that are developed,” says Zimmermann. “We are grateful for the report.”

The brief paints a bleak picture of the housing situation for vulnerable residents in Niagara and beyond, including: