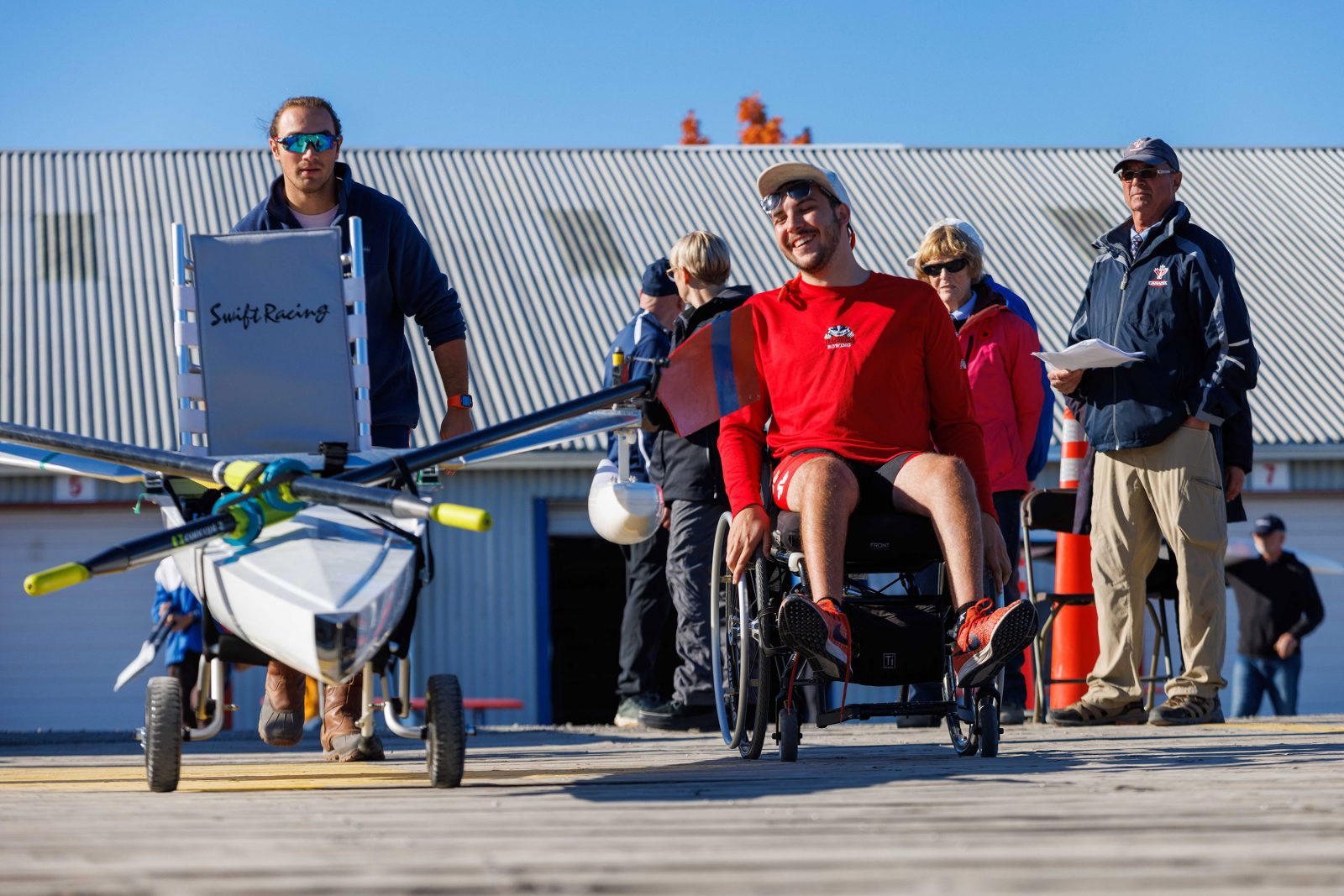 Third-year Outdoor Recreation student Ian Steadman (right) heads to the dock at Henley Island with his boat to race in the para single event at the OUA Rowing Championships on Saturday, Oct. 29.

For two student-athletes, the meaning of the season went far beyond the podium.

Mia Biancaniello and Ian Steadman, who each have a disability, made the Badgers women’s and men’s rowing teams, respectively, and represented Brock at the OUA Championships at Henley Island on Saturday, Oct. 29.

“Para rowing is still in the early stages of development at the OUA level, but hopefully it will grow,” said head coach Peter Somerwil. 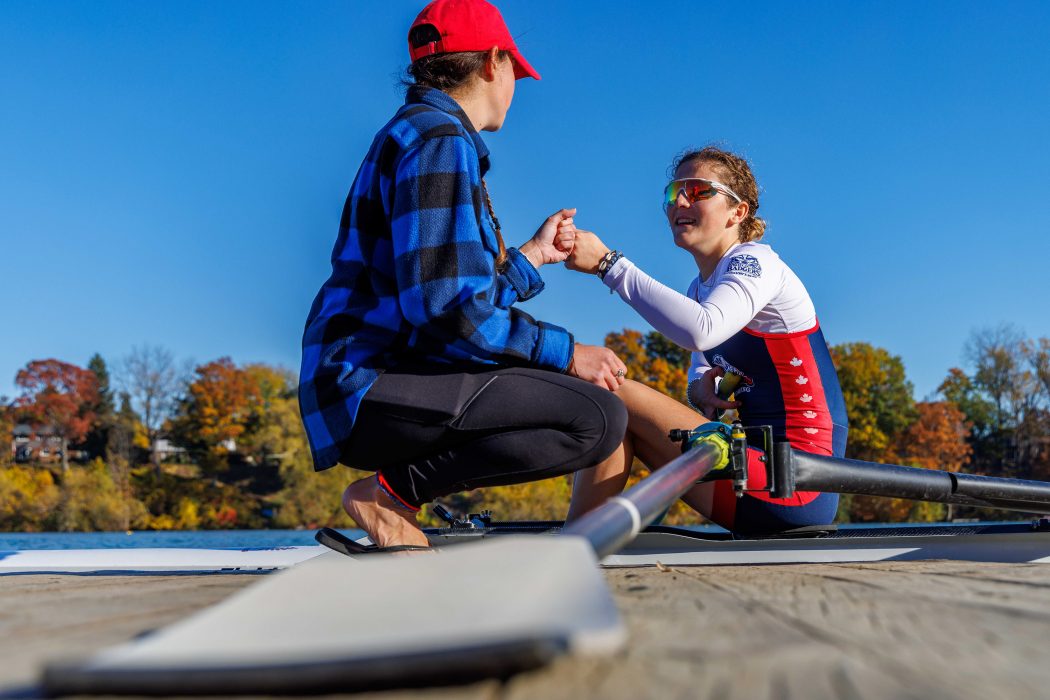 A first-year Child Health student from St. Catharines, Biancaniello is the second blind student-athlete to row for Brock.

In 2019, Brock student-athlete James Kwinecki, who is blind, set three world records in para ergometer rowing. He is now in Victoria, B.C., training with the Canadian national team.

“Competing in the OUA Rowing Championships was something I did not expect of myself a few months ago,” she said. “I wanted my participation this weekend to support the continuation of including the para events at championship regattas to show that there are athletes who depend on these races.”

Biancaniello won a silver medal as a member of the women’s lightweight eight.

“I encourage others to look inward at their teams and find ways to include accessibility into their programs and continue to make rowing a safe and welcoming sport for individuals with disabilities,” she said.

Steadman, a third-year Outdoor Recreation student from Campbellville, rowed for several years at the Argonaut Rowing Club in Toronto before joining the Badgers.

With limited use of his legs, Steadman is a PR2 athlete who is restricted to rowing a partial stroke only using upper body and arms.

He competed in a single outrigged with pontoons to assist with balance at the provincial championships.

“This was my first race, so it meant a lot to me, as my previously scheduled race was postponed due to the weather,” Steadman said. “It was awesome to compete against other para rowers. I enjoyed the atmosphere this past weekend because I got to bond with the other teammates and cheer them on in their respective races.”

Steadman noted that Paralympic rowing made its debut in Beijing during the 2008 Summer Olympics, however the sport could use a boost to facilitate interest.

“If we want Canada Para Rowing to generate new interest and racers, we need universities and rowing programs to advertise and encourage para-athletes to join their respective teams,” he said. “This is my first year at Brock University and I am pleased and thankful that Brock and the coaching staff have allowed me to join and train with the team.”