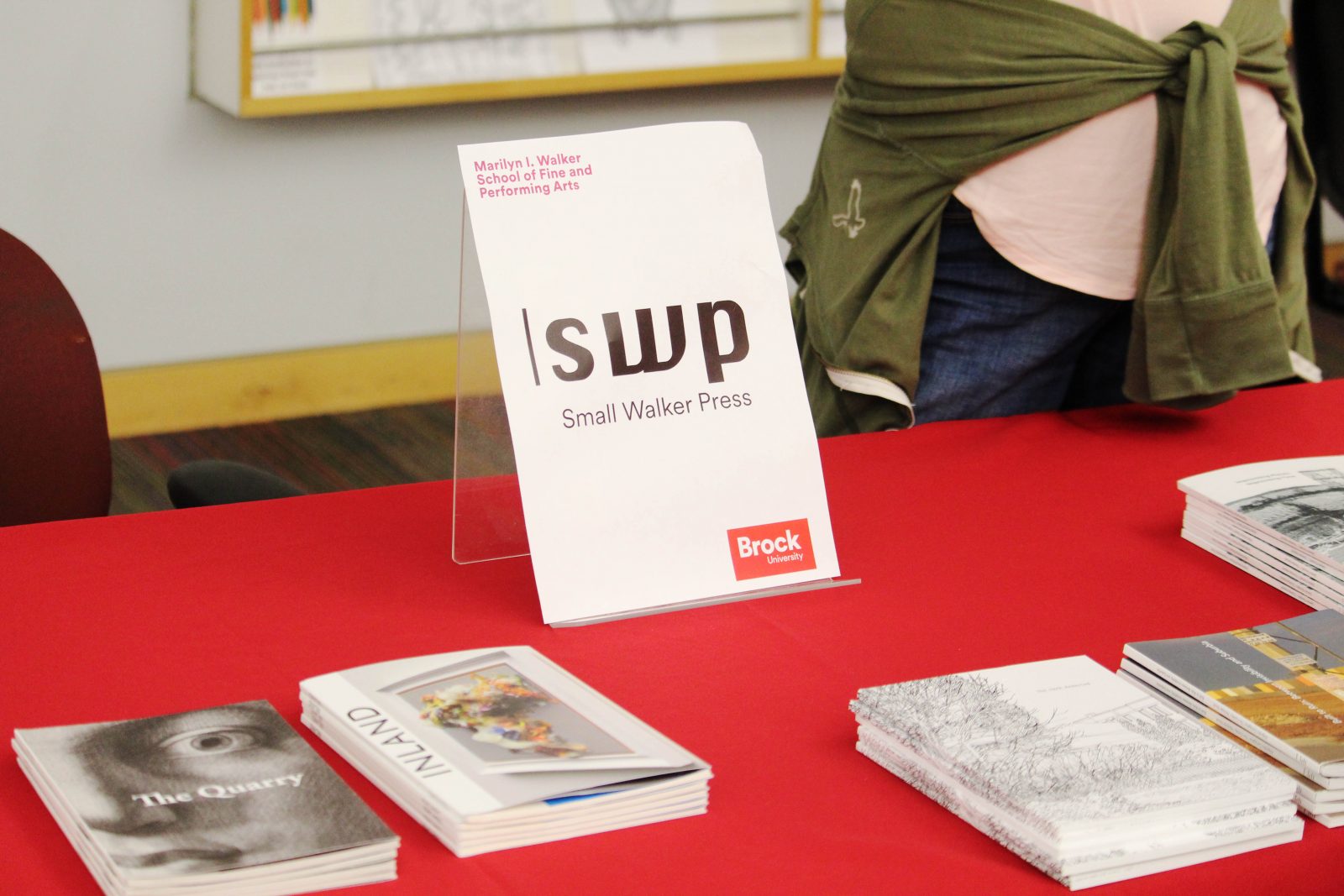 The Small Walker Press held a book fair in the James A. Gibson Library for students and public to explore and learn about its publications.

On Oct. 4, as part of its Walker Cultural Leaders Series, the SWP and Centre for Studies in Arts and Culture (STAC) hosted authors, editors, artists and the public to mark the release of BENEATH A VELVET MOON: Early Love Poems and Possible Grounds: Redrawing Relations in Toronto.

The SWP publishes collaborative work that brings together authors and artists from the Niagara region as well as the Canadian or international contexts. Fields covered include all disciplines and creative practices taught and researched at the Marilyn I. Walker School of Fine and Performing Arts as well as creative writing.

Possible Grounds: Redrawing Relations in Toronto features artists Adrian Blackwell (settler) and Bonnie Devine (Anishinaabe), who share their thoughts on and experiences of mapping the complex colonial histories of these lands, and question the region’s historical records. Blackwell and Devine also offer commentary on their works exhibited in 2018 and 2019.

In BENEATH A VELVET MOON, Early Love Poems, Canadian artist Landon Mackenzie selects nine poems by E. Pauline Johnson Tekahionwake, and reimagines the amorous relationship between the Mohawk poet and the artist’s settler great-grandfather, Michael Mackenzie, in the 1880s. For these autofictional explorations, Mackenzie takes her title from one of Johnson’s early love poems in The White Wampum, first published in 1895 by John Lane’s Bodley Head publishing house.

The launch event featured guest speaker Derek Knight, Associate Professor of History of Art and Visual Culture and founding co-editor of the SWP, who led a lecture exploring the text, images and connections some of the publications shared with the Niagara region.

Following the launch, the SWP also held a book fair in the James A. Gibson Library. Many students stopped to explore the SWP collection and learn more about the press and the academic opportunities with STAC. Catherine Parayre, Editor of the SWP and STAC Professor, shared her insights on the publications and introduced many students to the details each book had to offer.