Two Brock film series are launching this month at The Film House at the FirstOntario Performing Arts Centre.

Film buffs are in for a treat this October — and plenty more in the months to come.

Two film series out of Brock’s Department of Communication, Popular Culture and Film (CPCF) will be offering up some fall fare at the Film House at the FirstOntario Performing Arts Centre, starting this weekend with the launch of a student-led series followed by a Brock University Film Society (BUFS) screening next Thursday.

The student-programmed Essential Cinema series grew out of talks between Cathy Carr of The Film House and Associate Professor Anthony Kinik, who also helms BUFS.

Essential Cinema opens Saturday, Oct. 22 with a double-header of horror favourites — An American Werewolf in London at 6 p.m. and Wes Craven’s Scream at 9 p.m.

Fourth-year Film student and President of the CPCF Student Society (CPCFSS) Arielle Hounsham-Lalande says she is excited to see the launch this weekend and to lay the groundwork for what she hopes will be an ongoing venture. 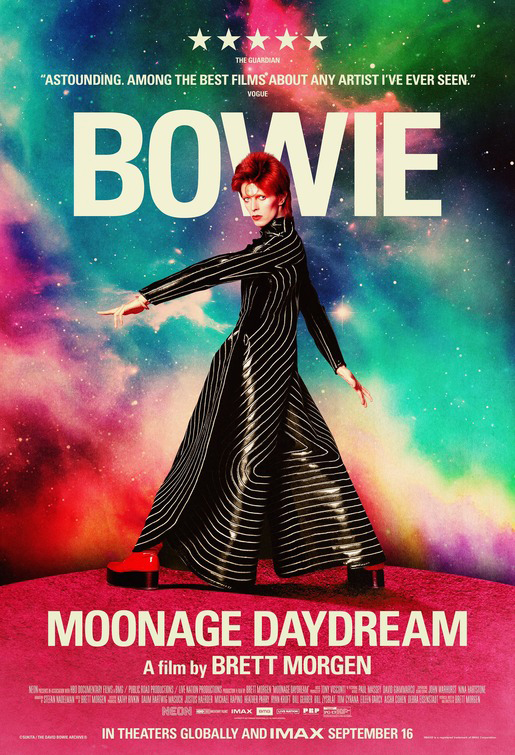 The Brock University Film Society hosts a screening of Moonage Daydream at the Film House later this month, but that isn’t all the Department of Communication, Popular Culture and Film has in store for movie-goers.

“We’re trying to make it very accessible for people with all levels of knowledge about cinema,” she says. “You don’t have to be a cinephile to enjoy this series — we’re really trying to make it open to get new audiences in to enjoy all kinds of film.”

Fourth-year Film student and long-time member of CPCFSS Mathew Chamberlain is eager to show that student-led programming has an important place in the community and is worth investing in and supporting.

Chamberlain chose the Oct. 22 screenings and Hounsham-Lalande will program the November series, but from then on, it’s up to students to pitch films for possible inclusion. Those chosen for screening will be introduced by the student who lobbied for the selection, and at the end of the year, Essential Cinema will publish a student-crowdsourced Essential Cinema Top 100.

“One of my favourite things about film in general and especially Film Studies is seeing movies that I may have seen before being presented in a different light,” says Chamberlain. “So, the most exciting thing to me about the program will be seeing how the students write up and present the film to frame their essential movies.”

Any Brock student interested in submitting a possible Essential Cinema selection should contact Chamberlain via Brock email with 100 words describing what makes it essential.

“I love the idea of students getting to try their hand at some programming,” says Kinik. “I think it’s a wonderful initiative, and one that I hope has a long life; after all, BUFS has been going more or less continuously since 1975, with the exception of a pandemic-related shutdown.”

For more than 45 years, BUFS has been bringing the best in independent and art house cinema to the Niagara region with support from CPCF in the Faculty of Social Sciences. They began their monthly program for 2022-23 earlier this year.

On Thursday, Oct. 27 at 7 p.m., BUFS will screen Moonage Daydream, the first film about David Bowie to be sanctioned by his estate.

“BUFS is on a music trip so far this season, after starting with a gonzo biopic based on the life of Celine Dion,” says Kinik. “Up next is Moonage Daydream, Brett Morgen’s extra-sensory meditation on the life, work and thought of David Bowie.”

Tickets for all screenings are available at the Film House. General admission is $9.50 or $7.50 for Film House members, plus tax. Free BUFS memberships are also available on screening nights.

Both BUFS and Essential Cinema will continue to run monthly screenings through April. For more details, visit BUFS on the web and the CPCFSS on Instagram.