Josh Celebre leads the Brock Badgers on the field, in the classroom 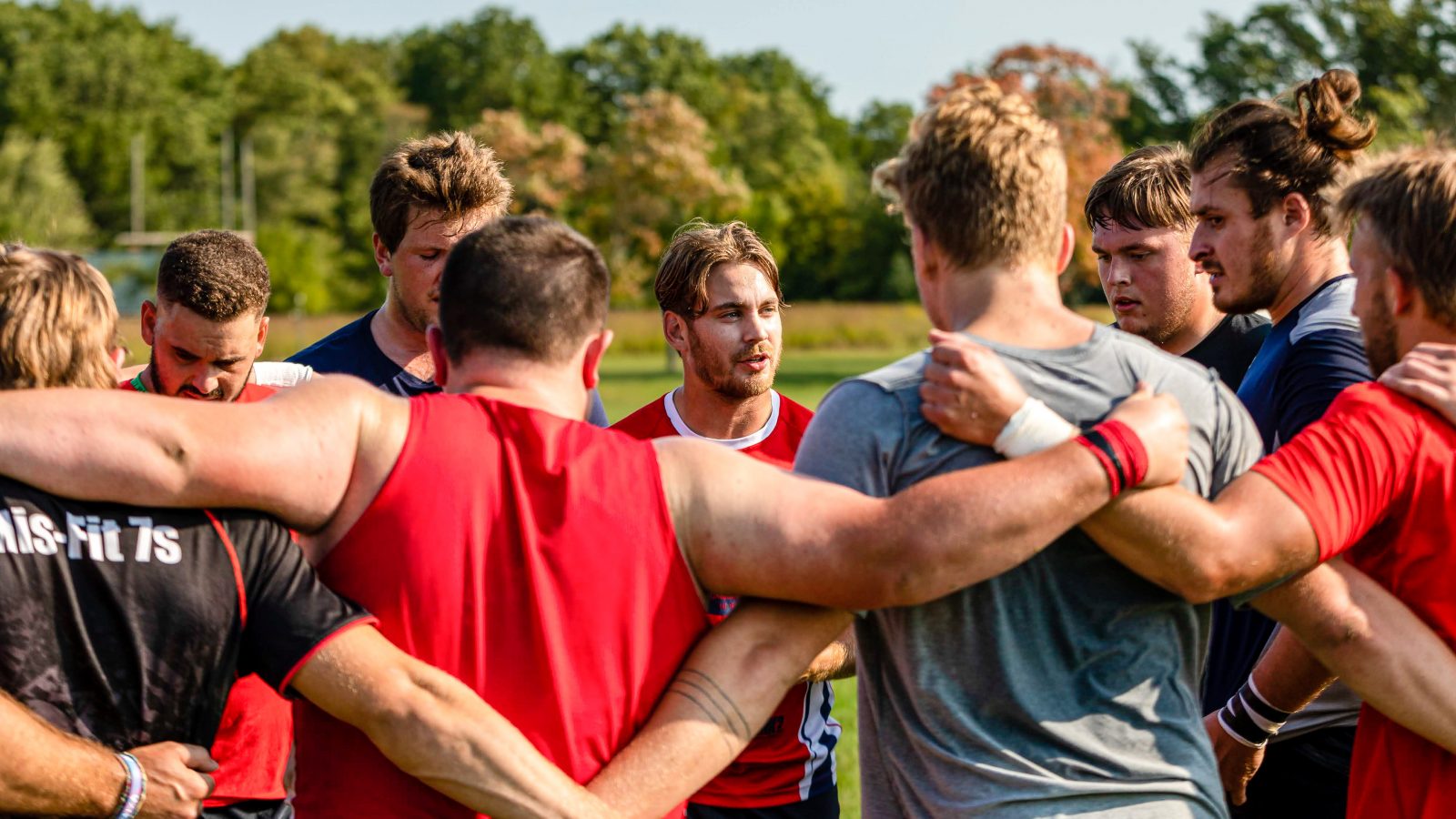 Brock University Master of Science graduate and current PhD candidate Josh Celebre is heralded by his fellow rugby players as the quintessential teammate.

Brock men’s rugby player Carter Filion says you may have heard of the age-old cliché, but you haven’t experienced what it truly means until you’ve met his friend and teammate, Josh Celebre.

It’s one of the many reasons Filion and the Badgers men’s rugby team are proud that Celebre will be receiving his Master of Science during Brock University’s 112th Convocation on the morning of Friday, Oct. 14.

“I’ve never met someone as dedicated to making others better than Josh. When we step onto the field, he is the epitome of a great teammate,” Filion said. “He’s willing to play any role for the team, gives 110 per cent and leads by example. But more importantly, he develops real relationships with his teammates off the field.”

Filion knows first-hand what it means to be friends with Celebre. The duo instantly clicked when they moved in together to a house off campus.

When Filion lost his mother, Barbara Tomenson-Filion, after a long fight with triple-negative breast cancer last year, Celebre was one of the first ones there for him. 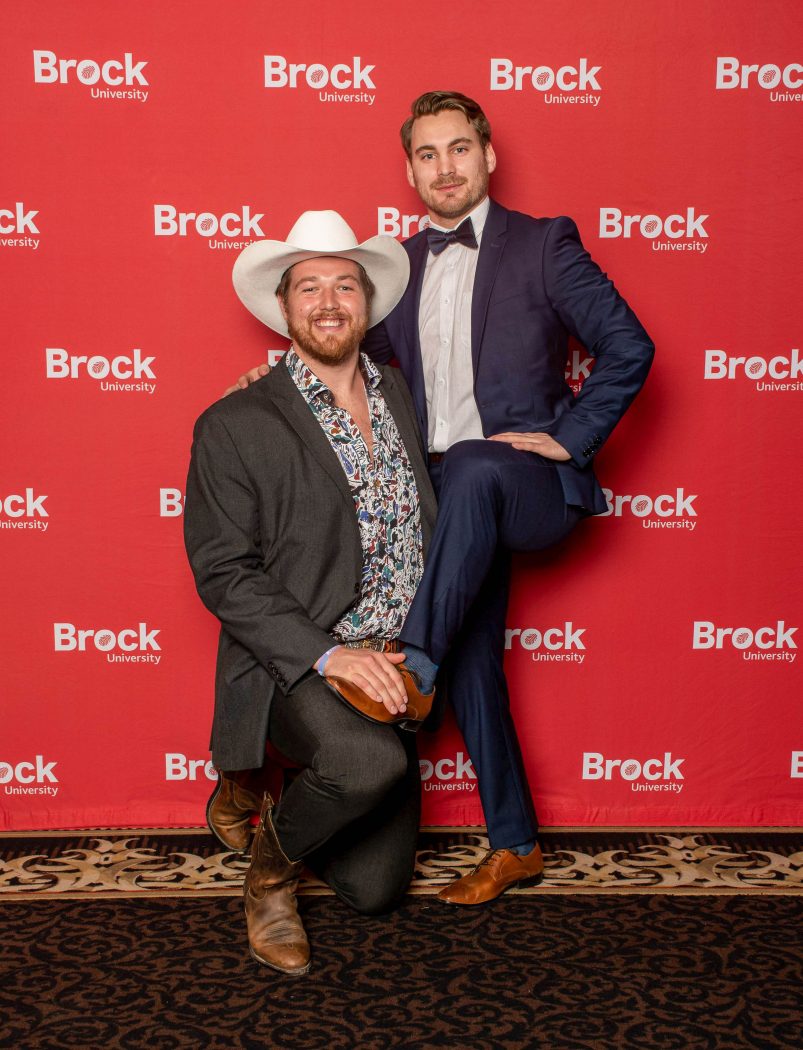 Friends and teammates Carter Filion (left) and Josh Celebre pose for a photo during the Brock Sports 2021-22 Athletic Banquet.

“Josh was always there for me, checking in, asking how I was doing,” Filion said. “He always made sure I was OK despite barely knowing me, but he knew I appreciated the support during that difficult time. Even though I wouldn’t voice it all the time. He’s always willing to help others who are going through hard times. It illustrates the kind of person he is. I am proud to call Josh one of my best friends.”

When Celebre crosses the stage in Ian Beddis Gymnasium on Friday morning, no one will be prouder than his parents, who he learned countless lessons about life and the importance of education from.

He cites his father, Gino, who works in the tumour bank at St. Joseph’s Healthcare Hamilton and mother, Julia, who is in Laboratory Information Systems at Hamilton General Hospital, as the motivation to return to Brock after earning a bachelor’s degree in Medical Science two years ago.

In September, Celebre started his PhD in the Faculty of Applied Health Sciences, which he will focus on behavioural and population health while conducting research in the sport psychology field.

His dissertation, which will assess how team cohesion can affect athletes’ adherence to sport injury rehabilitation programs, is projected to complete his PhD by April 2026.

“My parents are my great motivator. Even when I was uncertain if I wanted to continue the master’s program or pursue something else, they have always picked up the phone and helped me out,” he said. “I am so lucky to have them in my life.”

Celebre played sports growing up in Stoney Creek, playing hockey at a young age and discovering rugby in Grade 7. On the ice, he played for the competitive travel hockey team Southern Tier Admirals before landing with the Grimsby Peach Kings for two seasons in the Provincial Junior Hockey League.

But it was his love for rugby that became one of the reasons he chose to come to Brock. Celebre would go on to be more than a student-athlete. He dove into all facets of campus life, including an internship as a student therapist with Brock Sports Medicine.

“Brock means so much to me. It’s given me more opportunities than I could’ve ever imagined,” Celebre said. “The campus feels like a community, you always see someone you know in the halls. To summarize it, it’s been nothing short of perfect. I’m so thankful to everyone I’ve met here and got to learn from. Going to Brock was one of the best decisions I’ve made.”

Celebre earned the Jack M. Miller Excellence in Research Award, which is given to a nominated master and doctoral student in each Faculty.

“I’ve sometimes had this doubt in the back of my mind at some points that I don’t necessarily deserve to be in a field of higher education, but this award gave me confidence and showed me that I worked to be here and the sky is the limit,” he said.

At the 2021-22 Brock Sports Athletic Banquet, Celebre’s was honoured with the Joseph P. Kenny Student Therapist Award of Excellence for his student therapist work with the Brock men’s basketball team.

Maintaining his enthusiasm to help others, Celebre’s end goal is to become a professor like one of his mentors, Kinesiology Professor Phil Sullivan, who was instrumental in Celebre continuing his studies at Brock.

“I know that becoming a professor is an ambitious goal, but I’m ready to put in my hours and work for it,” he said. “I fell in love with the whole research process knowing I can have an impact on someone that might be in need of help.”