Social Sciences Distinguished Graduate is an agent of change 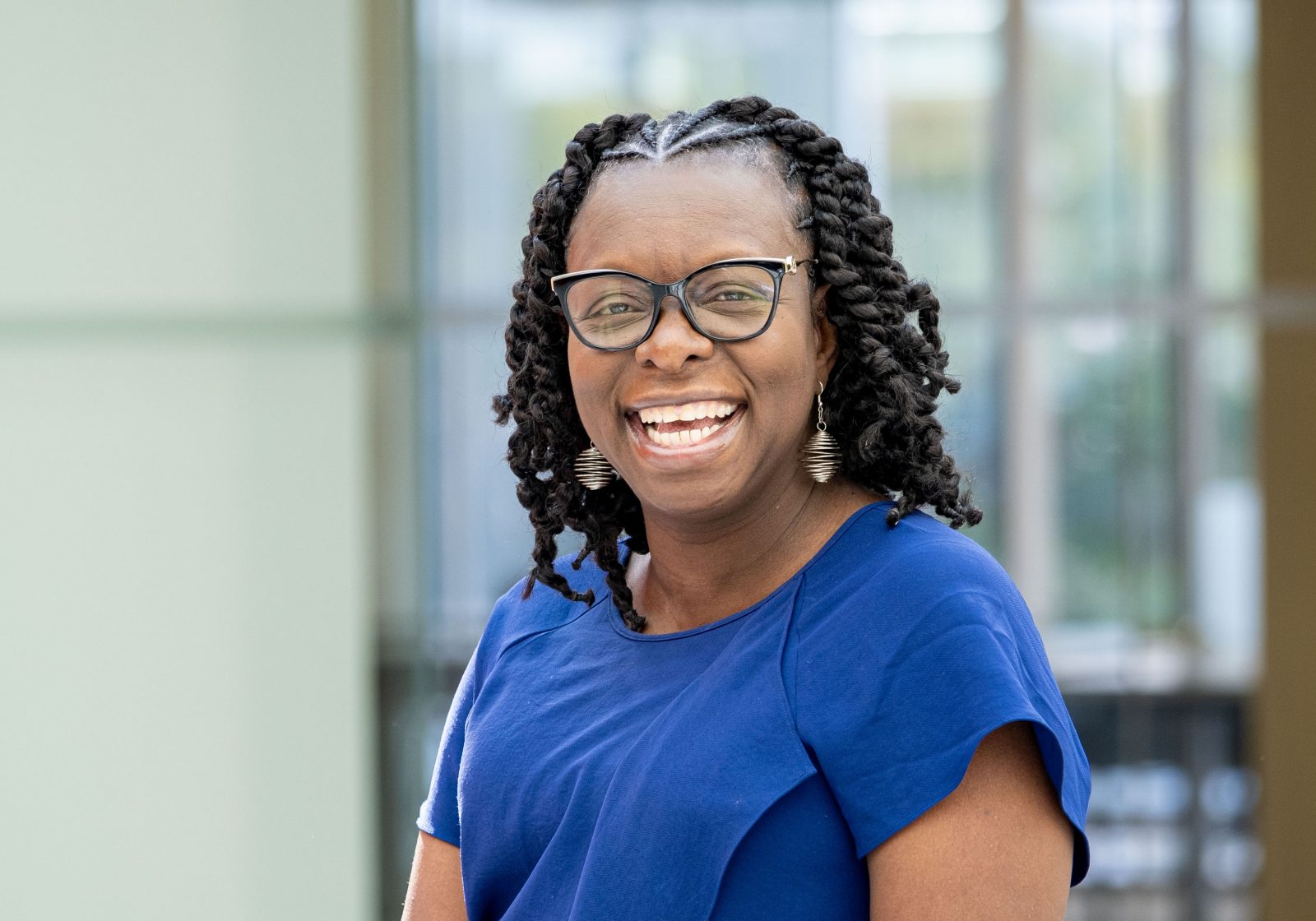 Karen Brown made history in August 2021 when she became the first Black president of the Elementary Teachers’ Federation of Ontario, the largest public sector union in Canada, representing some 83,000 members.

After years of advocating for inclusion on behalf of all children in public education, she says it’s evidence that “we’re moving along.”

“Inclusion is very important, so that every student feels valued going through school and their voices are represented,” says Brown, who was honoured during Brock’s Homecoming weekend as the Faculty of Social Sciences Distinguished Graduate Award recipient. “It’s good for others to see me in this role — not just racialized students, but every student — to see that leaders come in a variety of shapes and forms, that women can lead, that racialized women can lead. We’re partners in education, but we can also lead in education and in transformative change around issues of equity, access and gender equality.”

Brown graduated with a degree in Child Studies in 1991 and says that her background in child development theory has served her across the many roles she has held. 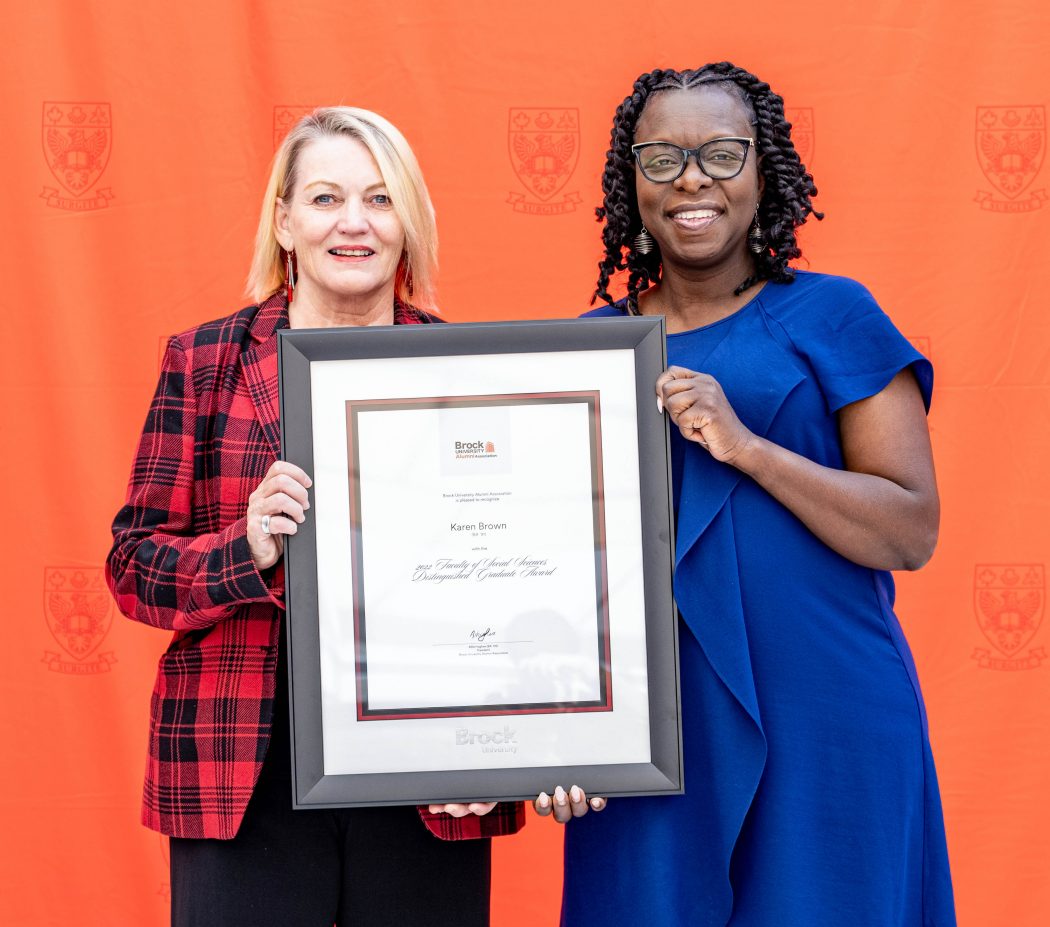 “Having that understanding of play-based learning and the importance of engaging and investing in the early years has been a foundation for discussion, along with my first-hand experience in the classroom, whether it’s at the negotiating table or just in general conversations with communities and parents about what building better schools looks like,” says Brown.

After graduation, Brown went on to obtain certification as both a teacher and an Early Childhood Educator at the Dr. Eric Jackman Institute of Child Study, University of Toronto and a master’s degree in adaptive instruction and special education at the Ontario Institute for Studies in Education (OISE). She began teaching in 1993, specializing in the areas of autism and speech and language.

Her work with her local union began around the same time. She ultimately served as the Vice-President of the Elementary Teachers of Toronto from 2003 to 2012. In 2009 she became a member of the ETFO Executive and, in 2015, was elected Vice-President, then First Vice-President, a role she held until she became ETFO President last year.

Brown — who comes from a long line of teachers — says her driving force is equity of access for education.

“Education is a great equalizer, so to ensure that public education remains public for me, that’s the key,” she says. “I am a child of the public education system, and I’m an immigrant child — my parents immigrated here from Jamaica. I know what a good education can do when it comes to issues of equity, social and economic mobility and access to leadership opportunities. For me, it’s a passion.”

In 2011, Brown became the founding director of the not-for-profit organization Single Mothers Inspiring Leadership in Education (SMILE) to provide financial support for low-income single mothers in Canada and Jamaica for their educational endeavours.

In 2017, Brown was named one of Canada’s 100 Most Accomplished Black Women, and in 2022 she received the OISE Alumni Leaders and Legends Award for Distinguished Service.

Dean Ingrid Makus believes Brown exemplifies many of the key principles related to the social sciences.

“Since graduating, Karen Brown has worked tirelessly to advocate for children and workers, for those with disabilities, and for equity and social justice,” says Makus. “We are thrilled to recognize her as the 2022 Distinguished Graduate Award recipient for the Faculty of Social Sciences.”

Brown says she was honoured to return to campus to accept the award at Homecoming. She fondly remembers Brock’s warm environment and the lifelong friendships she formed with roommates and fellow members of the Brock Afro Caribbean Students’ Association.

She encourages students today not to underestimate the value of what they’ll take away with them.

“Push on — Surgite! And rise to the challenge to lead in your chosen fields with intension, inclusion and resilience,” she says. “Collaboration is power, and great leaders listen and lift others as they rise and impact change.”

Brown dedicates her award to her father, Phillip Winston Davis, who very recently passed away after a short but courageous battle with pancreatic cancer.

“He dropped me off in St. Catharines with a car packed with items to embark on a life-changing journey at Brock University,” says Brown. “He was instrumental in fostering my independent spirit and union activism.”