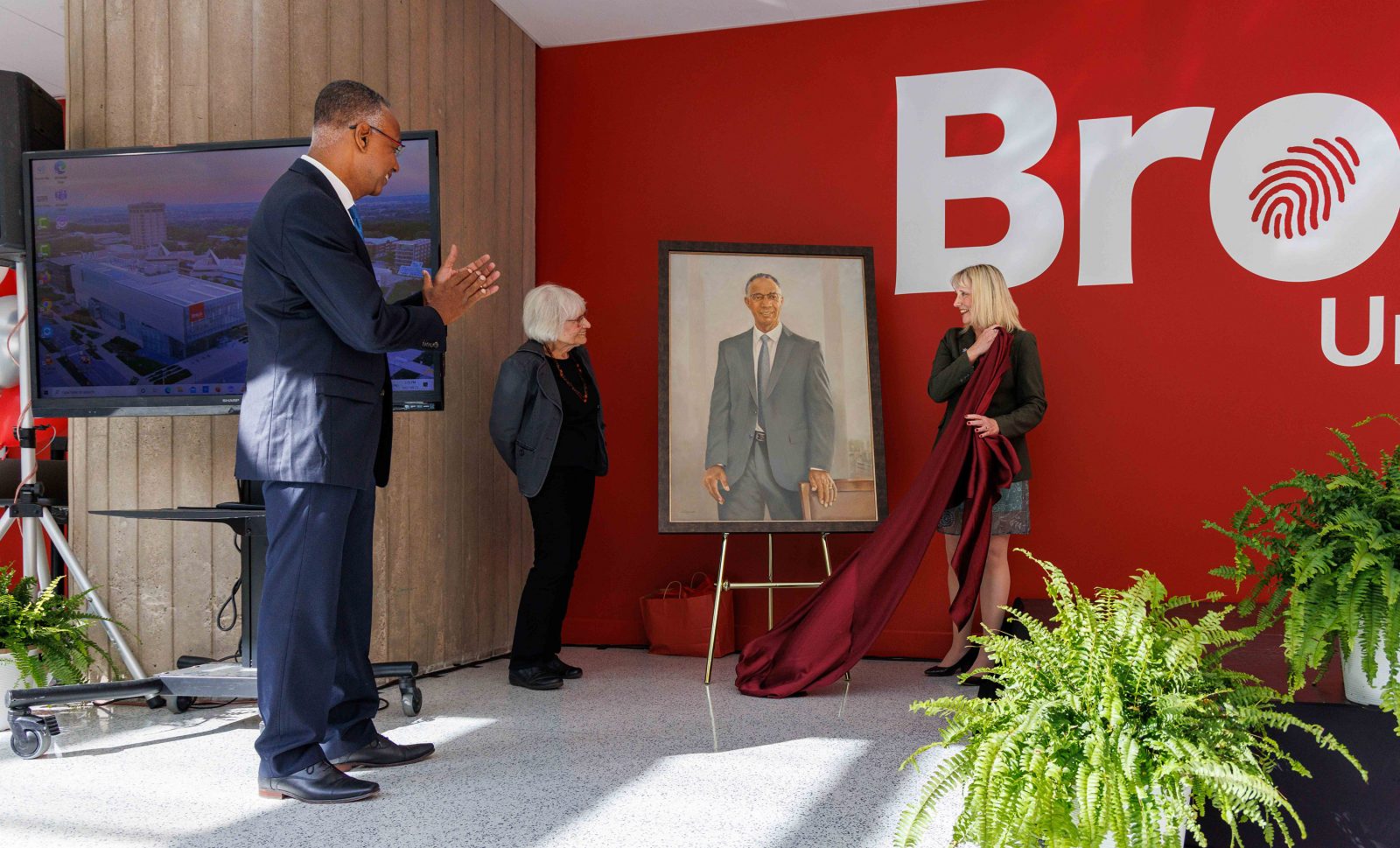 Past President and Vice-Chancellor Gervan Fearon’s official portrait was unveiled at a special event held in the Rankin Family Pavilion Friday.

Fearon, now the President of Toronto’s George Brown College, led the University from 2017 to 2021. 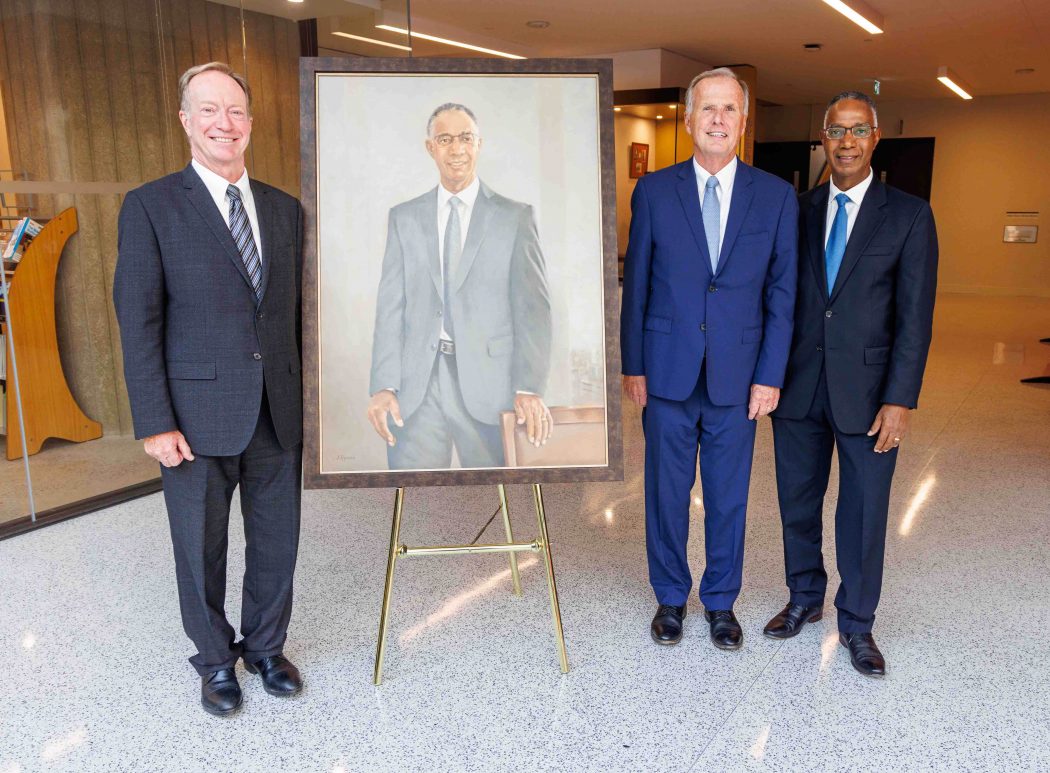 “Your thoughtful and collaborative approach to leadership was highly valued by the team here at Brock, and among other things, ensured the institution was able to quickly adapt and respond to what became an unprecedented global pandemic,” Board of Trustees Chair Mark Arthur said of Fearon in his remarks at the event. “You should be very proud of this work.”

Brock advanced a number of priority projects under Fearon’s leadership, including building a new residence, founding what became the Yousef Haj-Ahmad Department of Engineering, introducing the Horizon Graduate Student Scholarships and partnering with local governments in preparation for the Canada Summer Games.

“Your leadership has positioned Brock for continued success on the local, national and international stage,” said Chancellor Hilary Pearson in video remarks played at the portrait unveiling. 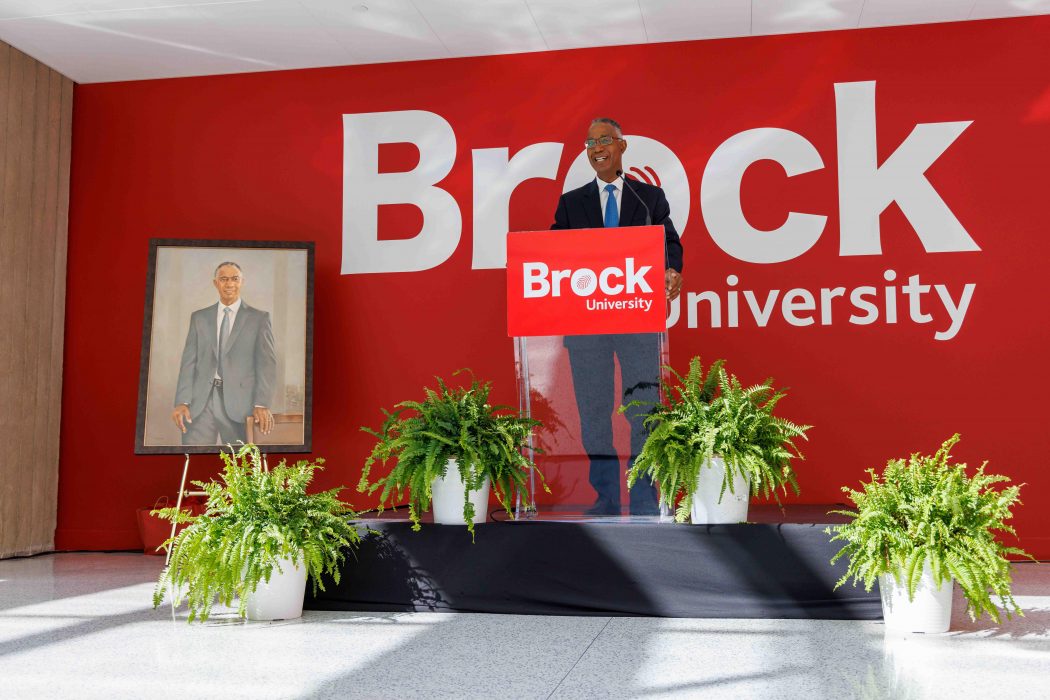 Past President Gervan Fearon addresses the crowd following the unveiling of his official portrait.

“You were key to the University’s ability to successfully navigate some turbulent waters,” said interim President and Vice-Chancellor Lynn Wells. “It’s a testament to your leadership that Brock now finds itself on the cusp of even more success. Thank you, Gervan, for your leadership of the University, your commitment to this community and for your tireless efforts in advancing Brock as a leader in teaching, learning and research in Niagara and beyond.”