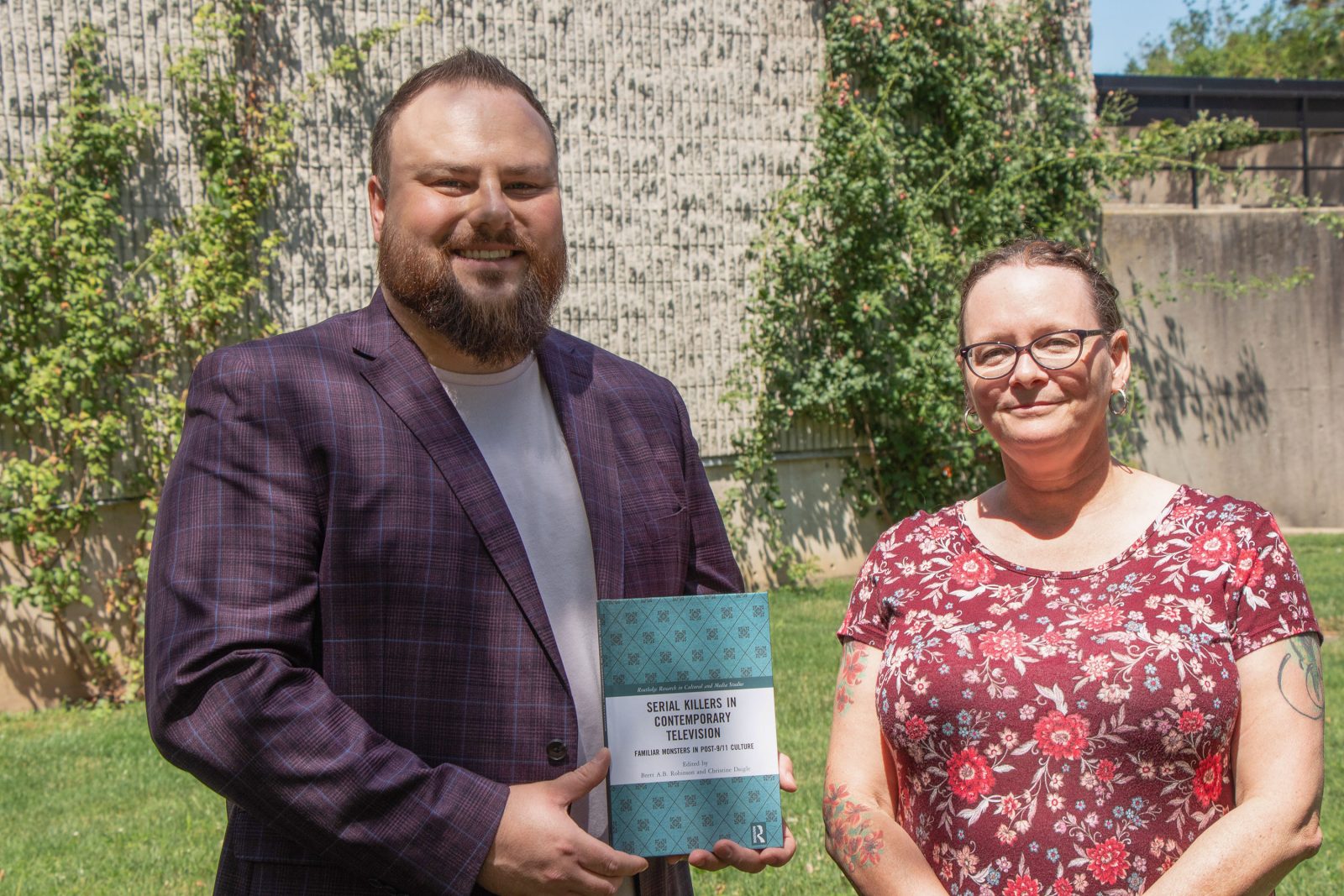 Brock University Interdisciplinary Humanities PhD student Brett Robinson and Professor Christine Daigle have recently published a co-edited volume that examines the increasing depictions of serial killers in popular media since 9/11. The project was funded with a Match of Minds grant.

With shows like Dexter, Bates Motel, The Ted Bundy Tapes and Killing Eve, popular entertainment has seen an increase in serial killer stories the past two decades.

“I’ve always been interested in the psychopathology of serial killers and why they do what they do,” says Robinson, whose research areas include popular culture, film and philosophy. “I wanted to explore why there was such a boom in these types of shows in the post 9/11 era.”

“Serial killers are monsters that are framed in a narrative way that makes it safe for the viewer to be exposed to evil,” says Robinson. “Part of the attraction of the genre is that you like characters you shouldn’t like.”

The emergence of serial killer stories following the attacks on the United States on Sept. 11, 2001, reflects a nostalgia for a more knowable, less “other” bad guy, he says. “These narratives allow us to think about the moral ambiguity in the era following 9/11 in a deeper way.”

The project was funded by a Match of Minds grants through Brock University’s Office of Research Services. The program provides employment opportunities that allow students to expand their skills while participating in research projects with faculty members.

“I thought this program would be perfect to help support and mentor one of my students to pursue a research interest,” says Daigle. “I also learned a lot about the theme in the process, making it a rewarding experience.”

Robinson, who has been able to learn more about academic publishing from his mentor, also found the experience rewarding.

“Match of Minds allowed me to learn from Christine, who has published a lot of books, about how to get an academic book published,” he says. “And I got a book published on a subject I wanted to explore in more depth.”

While the book focuses on the post-9/11 era, Robinson says the serial killer genre continues to produce new content.

“There’s still a lot of stuff coming out on streaming,” he says. “There’s another Conversations with a Serial Killer series on John Wayne Gacy, for example, and a new series based on the character Clarice Starling from the Hannibal narrative.”

The fascination for these characters is far from exhausted, he adds.