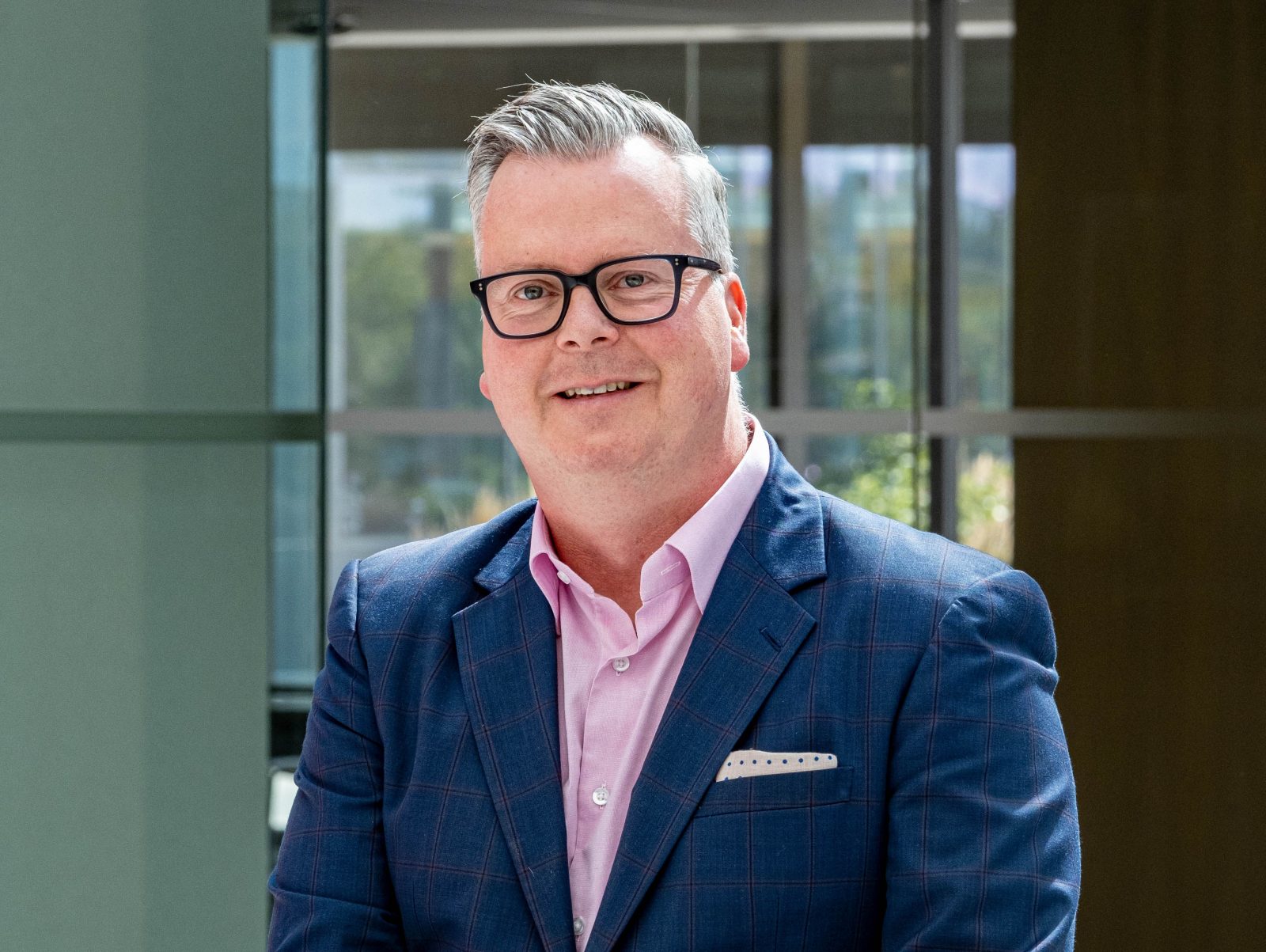 Brendan Browne (PhD ’13) is the recipient of the 2022 Faculty of Education Distinguished Graduate Award.

Brock alumnus Brendan Browne (PhD ’13) has always wanted to be a teacher.

His dedication to supporting students has led him from the classroom to a role leading the world’s largest publicly funded Catholic school board.

Service to others has been at the centre of Browne’s career in education, whether as a teacher, vice-principal, principal, superintendent or in his current role as Director of Education and Chief Executive Officer of Toronto Catholic District School Board (TCDSB).

“I just was drawn to education because I recognized through my mom and through her example that we get a chance to make a tremendous impact on people’s lives,” said Browne, who was honoured during Brock’s Homecoming weekend as this year’s Faculty of Education Distinguished Graduate Award recipient. 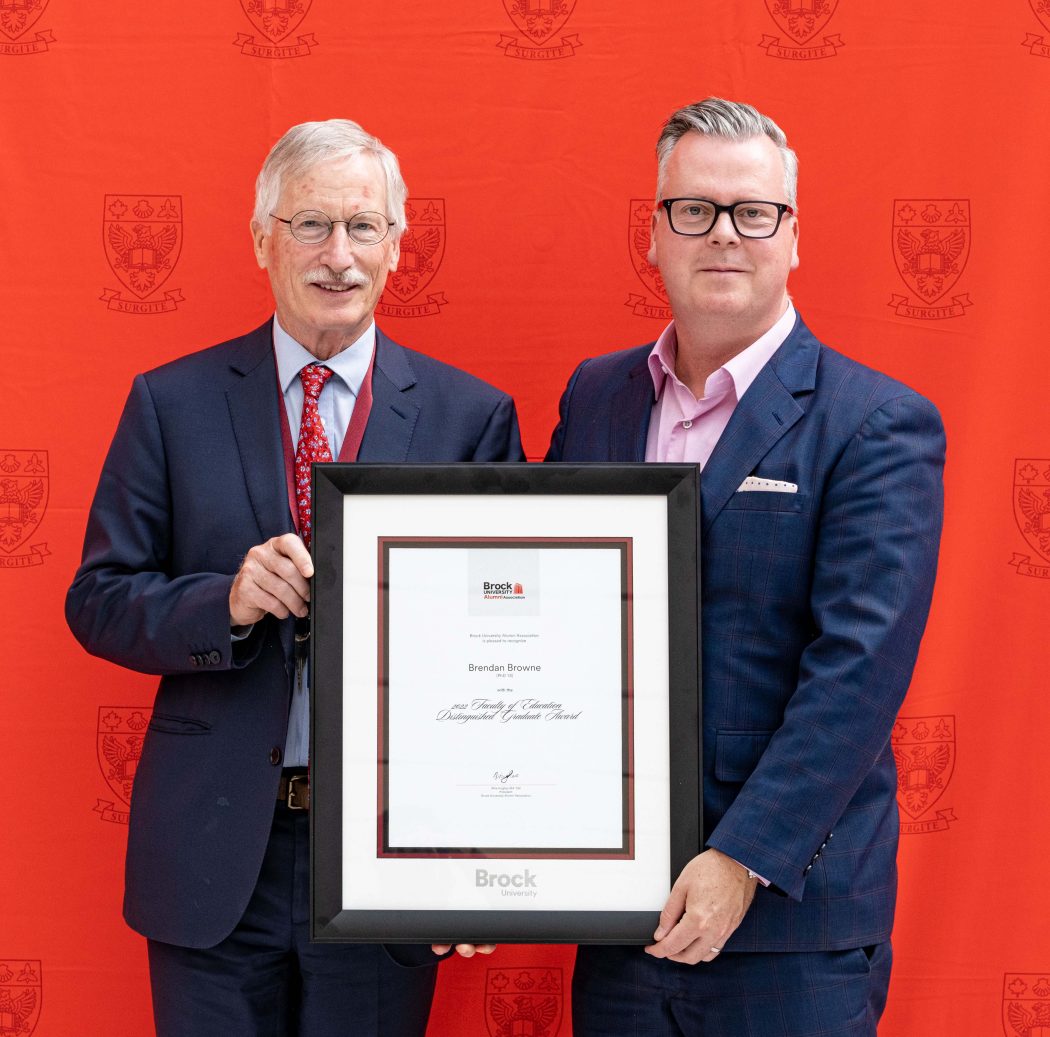 His mother’s career in education included extensive work in the special education field. Like Browne, she served as a teacher, principal and superintendent — and also graduated from Brock.

In his own career, Browne has served as a special education teacher, special education consultant and superintendent. These roles gave him an understanding of how systems and processes can be reshaped to support all marginalized students.

In his current role at the TCDSB, Browne’s priorities include equity, mental health and well-being.

“I’m really proud of our work around equity and inclusion and the work that we’ve done to be at the forefront of being inclusive to all students,” he said. “No matter how they identify, no matter what group they come from, they are welcome and they are loved.”

Despite his success, Browne’s goal was never to become the leader of an organization with 90,000 students and 14,000 teachers and staff across nearly 200 schools.

“I never set out to become the director of the largest Catholic school board in the world,” he said. “I wanted to be the best teacher possible.”

At each step of Browne’s career, he strives to keep learning and challenging himself.

His drive to grow as educator eventually led him to completing a PhD in Educational Studies at Brock in 2013. His research focused on invitational leadership and he has since written book on the topic with two Brock Faculty of Education researchers, John Novak and Denise Armstrong. He continues to share his expertise on educational and invitational leadership as an author and speaker.

“We are honoured to have Dr. Browne as an alumnus of the Faculty of Education,” said Michael Owen, Dean of Brock’s Faculty of Education. “He is an inspiration to all for the decades he has spent in humble service of others, not just as an educator, but as a researcher and a leader in the field of education.”

Browne has served on provincial leadership committees related to special education and mental health as well as with the Institute for Educational Leadership and the Leading from the Middle Project. Internationally, he serves on the Board of Directors of Bethany Kids Hospital in Kijabe, Kenya.

Browne said he wouldn’t be where he is today without the unwavering support of his wife Sarah and their two daughters, Fiona and Orla, who help him to be the best version of himself every day.

While he is humbled by the Faculty of Education’s Distinguished Graduate Award, his greatest reward is knowing he’s made a difference in the lives of students. Browne hopes this recognition of his career shows young teachers what might be possible on their own journeys.

“For all the things that you get to do for a living or can you do in your life, I get to do something and be part of something that made an impact on people,” he said. “You can’t really put a price on that. It’s pretty amazing. It’s a blessing.”