Badgers celebrate return of Steel Blade with win over Gryphons 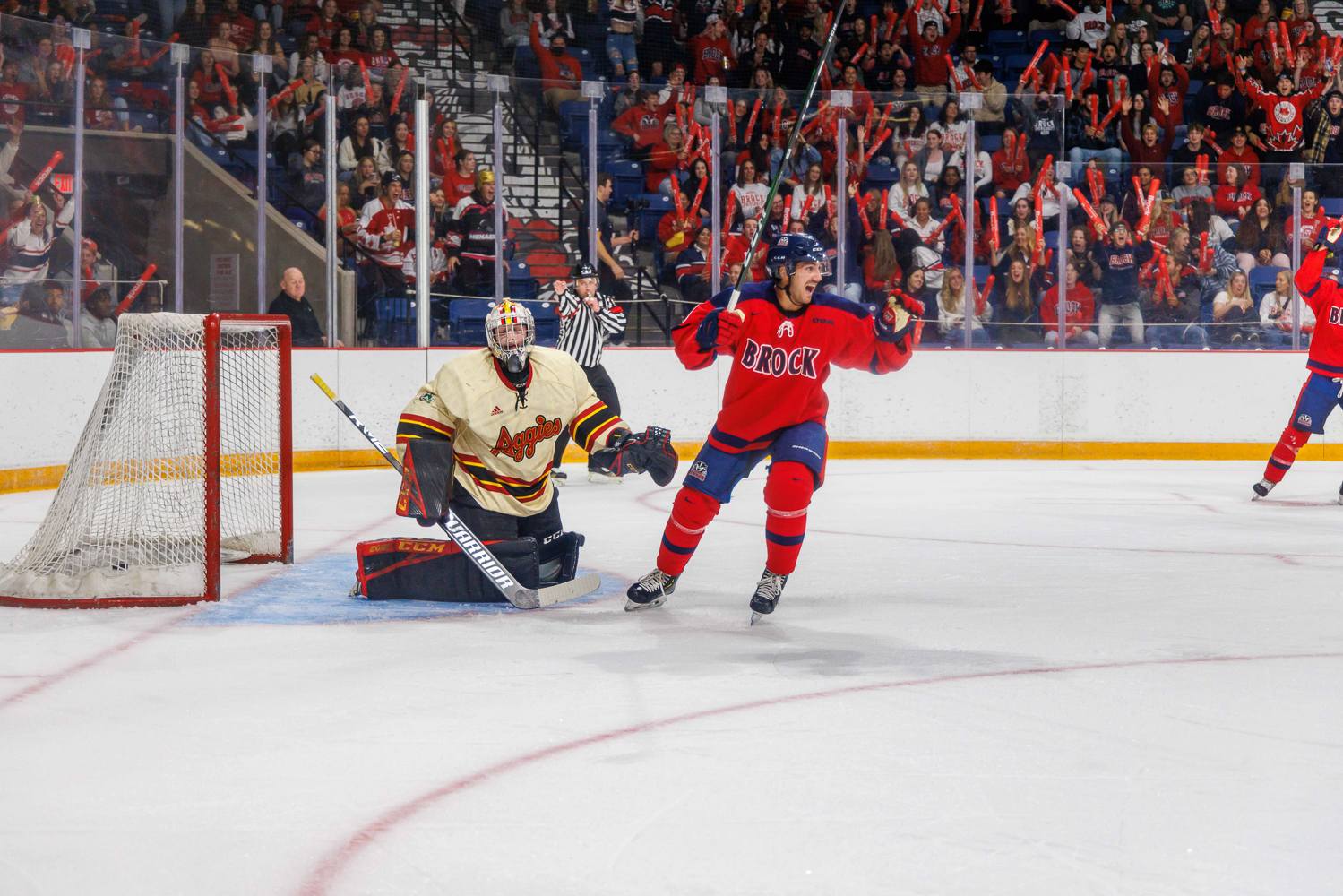 The Brock men’s hockey team made a triumphant return to downtown St. Catharines on Friday, Sept. 23.

The Badgers defeated the Guelph Gryphons 6-2 to capture the 22nd Steel Blade Classic in front of 3,500 fans at the Meridian Centre. The win marked the first Steel Blade game since 2019.

The crowd was brought to its feet midway through the first frame when defenceman Jake Cella opened the scoring with a laser beam shot from the blue line.

“I closed my eyes, said a prayer, looked up and the puck was in the net. It was an out-of-body experience,” said Cella, a second-year Business student from Woodbridge. “Scoring a goal in my first Steel Blade game was the best feeling I’ve ever felt. I don’t know how to describe it.” 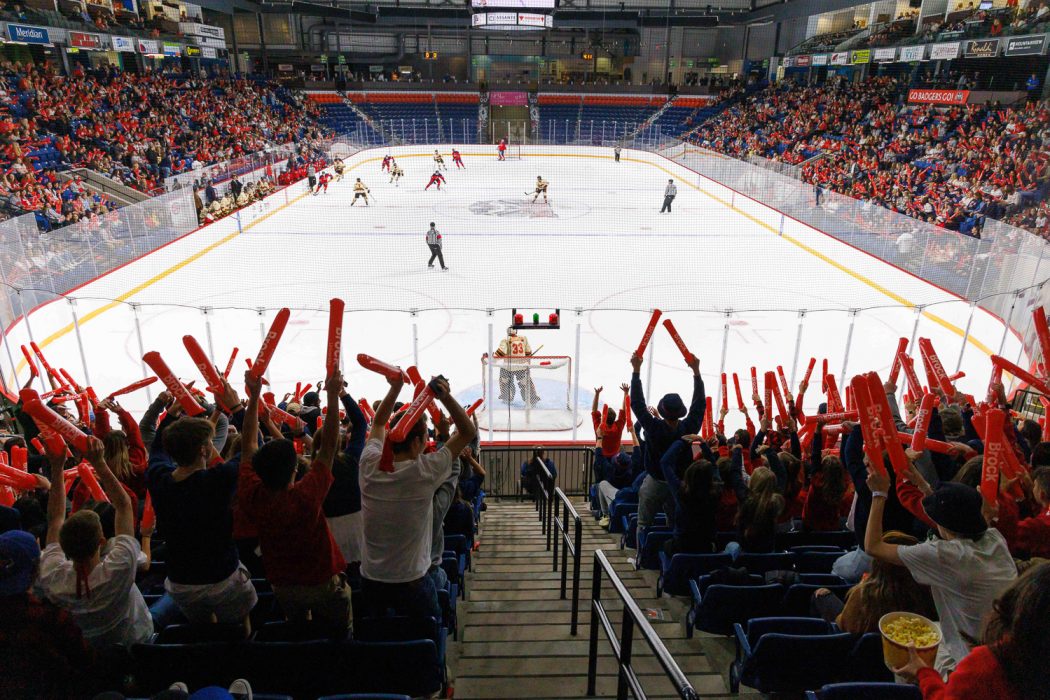 A crowd of 3,500 fans packed the Meridian Centre for the 22nd Steel Blade Classic hockey game.

The Badgers outshot the Gryphons 37-23, which included a 19-5 second period flurry by the Badgers’ offence.

“I knew coming in it was a special event, but it hit home when I stood out on the bench and felt the energy of the crowd,” said head coach T.J. Manastersky. “The Steel Blade event is a lot bigger than our team. It’s a part of the University, the Niagara region and the historical significance of the sword. It’s all bigger than us.”

In its 17-year history, the Badgers have raised the Steel Blade trophy — a sword carried by sergeants of the Upper Canada Artillery Units and Royal Artillery during the War of 1812 — 12 times, including six consecutive years.

Brock’s exhibition record is now 2-1-0. The Steel Blade Classic was Guelph’s first game of the season.

“Win or lose, this game is always exciting. That’s the beauty of this game. The competition between our schools goes back a long time, especially at the Steel Blade Classic,” said Guelph head coach Shawn Camp. “The event has grown into a great deal of importance for Brock, but also our team as well. We’re thankful to be involved in a top-shelf production like Steel Blade. It gives our players a real taste of what OUA hockey can be.”

During the event, Melissa Krist, Executive Director, Brock Sports and Recreation, presented a donation of $2,500 from ticket sales to the Brock University Students’ Union (BUSU) Food First Program, a resource for students aimed to address the growing issues of food and health insecurity among Canadian post-secondary students.