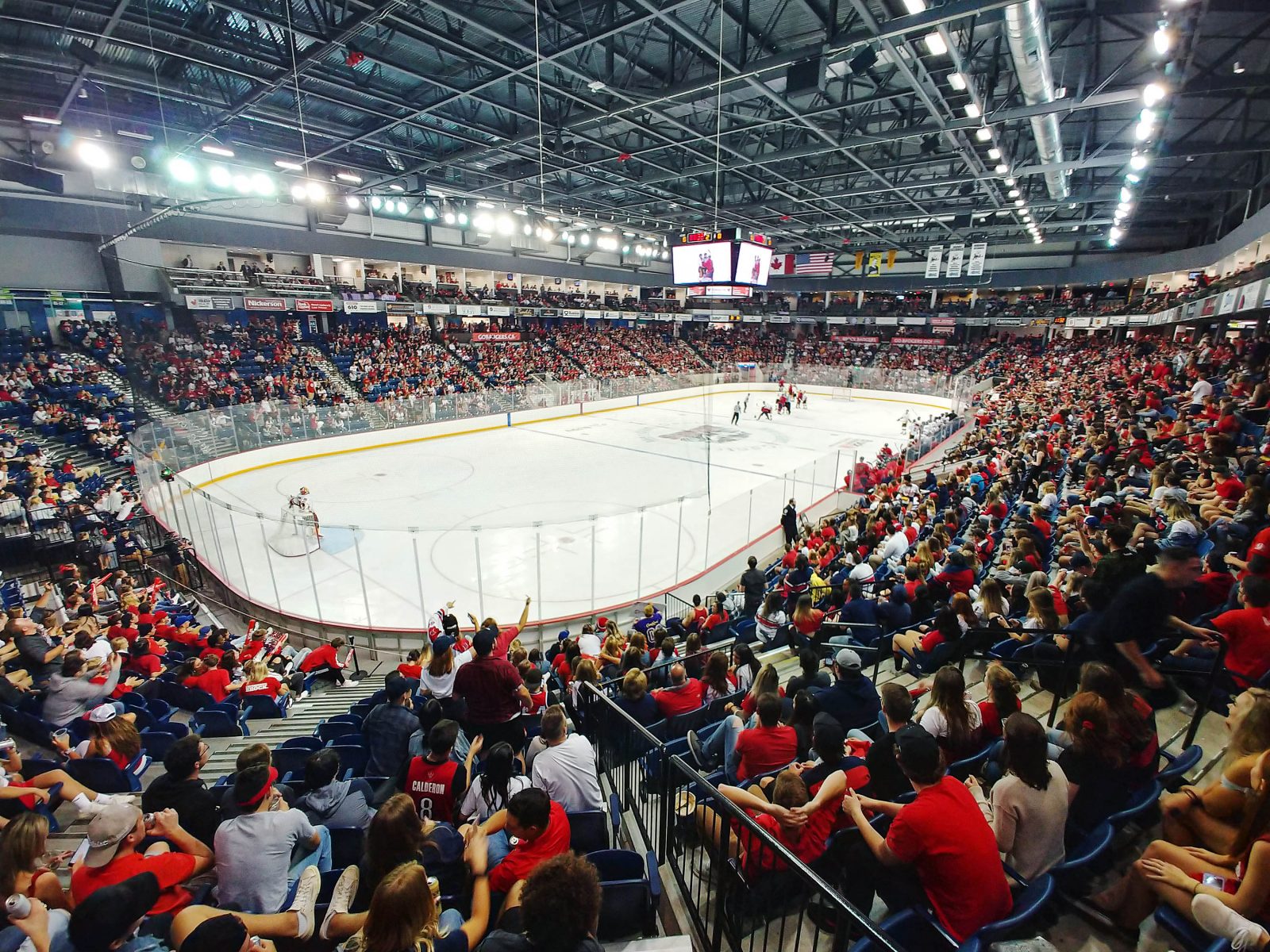 Brock University’s Steel Blade Classic will return to the Meridian Centre for the first time since 2019 when the Brock Badgers take on the Guelph Gryphons Friday, Sept. 23.

After three years on ice, one of Brock University’s most celebrated and anticipated events will make its return to the Meridian Centre next month.

The once annual event last took place in 2019, when the Badgers packed the arena with close to 5,000 fans for a sold-out game. Steel Blade’s return, the event’s 22nd instalment, is expected to again reach capacity, so those hoping to attend are encouraged to get their tickets as soon as possible.

“Anticipation for the next Steel Blade hockey game has been growing year after year, with not only fans, but also our student-athletes, coaches and staff eager to bring this electrifying experience back to the Meridian Centre,” said Melissa Krist, Executive Director of Brock Sports and Recreation. “The return of this tradition will be a can’t-miss moment for the Brock community. We’re ready to again show why our fans are known as the most dedicated in the province. It’s going to be an unforgettable night for everyone involved.”

Last season, Brock compiled a record of 7-5-2, including three-consecutive playoff victories before hosting its second Queen’s Cup and making its third appearance in the national tournament.

“The Steel Blade represents the history of Canada, Niagara region and Brock University and is a cherished tradition for our hockey program,” says head coach T.J. Manastersky. “It is the best game day experience in all of U SPORTS and a time to celebrate being a Brock Badger. I’m thrilled to be part of it.”

Tickets for the Steel Blade Classic are now on sale at ticketmaster.ca

General admission Lower Bowl tickets are $30 each, with $1 from each ticket donated to the Brock University Students’ Union (BUSU) Food First program.

Community members and alumni also have the opportunity to watch the game from the upper Club Level of the Meridian Centre. Club Level tickets — $40 for adults and $20 for children aged three to 12 — include access to a private bar and complimentary snacks (while supplies last). Children aged two and under are free. Alumni can purchase tickets through the Brock Homecoming website.

Those in attendance will be required to comply with all public health mandates that may be in place at the time of the event.