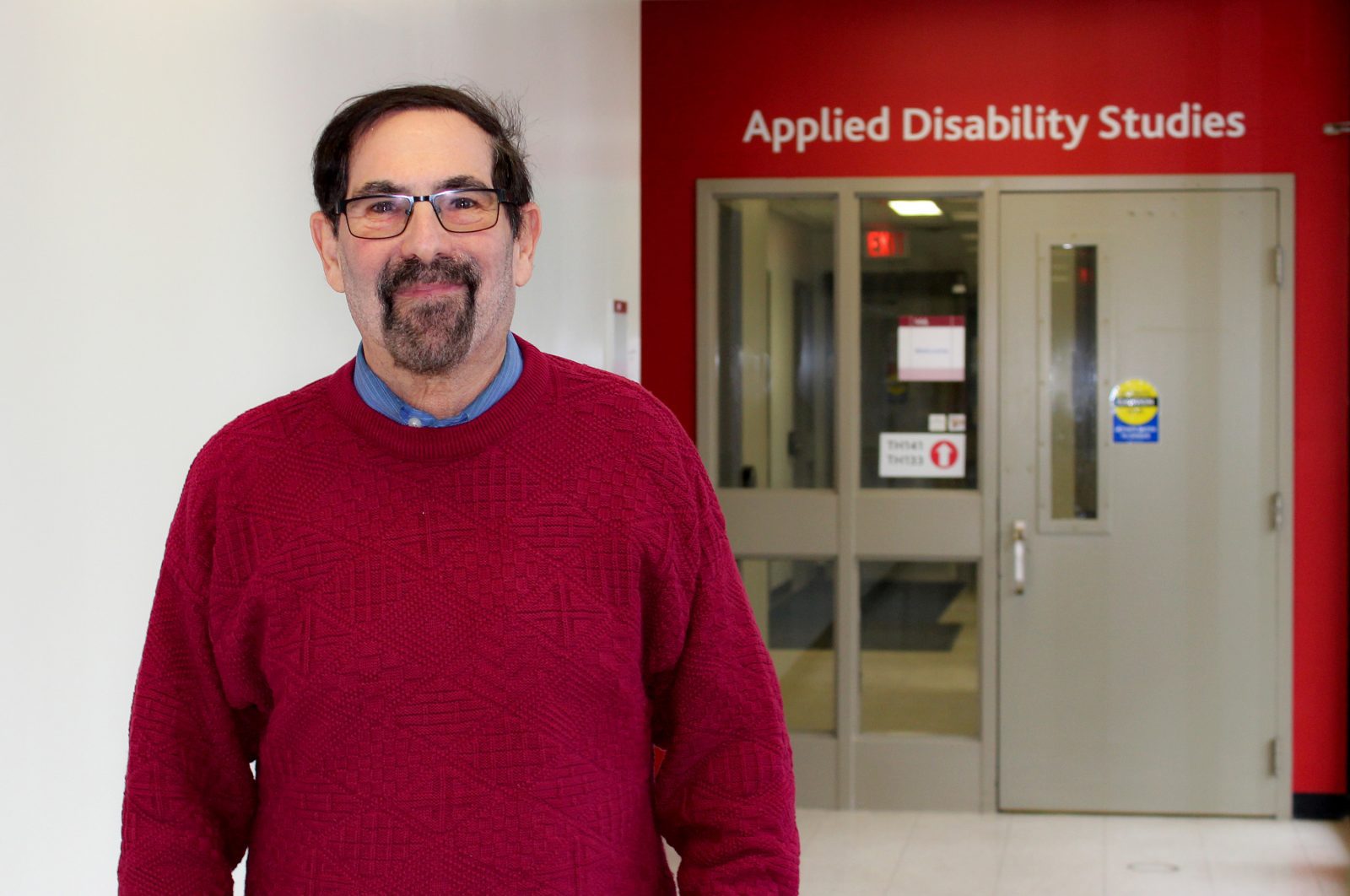 “A lot of times children are taken away not because of anything the parents did, but more out of concern that parents with an intellectual disability will neglect their children, which is a stereotypical general assumption,” says the Brock University psychologist.

“There’s a higher risk of child removal than pretty much with any other type of parent, including parents with physical disabilities, serious mental health issues or those who abuse substances.”

Feldman is changing that trend through his Step-by-Step Parenting Program, which teaches parents with intellectual disabilities a wide variety of skills — bit by bit.

Although the Professor in the Department of Applied Disability Studies and his colleagues created this initiative almost 30 years ago, he is seeing increased uptake of the program in recent years. So far in 2022 alone he has conducted training workshops for 15 service agencies in the United States and Canada.

As the name of his program implies, if you break down larger tasks into bite-sized chunks, demonstrate those small steps, role-play and have parents repeat the steps until they reach mastery, then they have learned that task.

Home visitors trained in the program carry out the training in their clients’ homes on a weekly basis. Each week starts off with observations of the skills being trained using the Step-by-Step child-care checklists to measure progress.

The program continues until the parents have mastered basic parenting skills.

“Our data shows that often parents with learning difficulties can pick up skills like diapering, playing with their kids, feeding their kids — basic child care — in one or two sessions when you teach them the right way,” says Feldman.

“This learning could effectively decrease the chances of having a child removed and increase the chances of a return if a child has been removed,” says Lynn Stephens, Director of Parent Education Services within Sunrise Human Services, an agency in Clymer, Pa., that provides a variety of services to intellectually disabled adults.

She says there are no services that specifically address parenting education for individuals with disabilities in Indiana County and surrounding counties.

Stephens, who underwent training with Feldman earlier this year, is setting up the Step-by-Step program at Sunrise Human Services.

“Step-by-Step not only offers hope for families to relieve safety risks for babies, but also an increased chance of greater results for the family in all domains, such as affirmative parenting relationships and positive outcomes on children’s well-being and future,” she says. “The parents learn to parent in a safe and effective way and the children are physically safe while having increased socialization and attention to needs.”

In many jurisdictions, the program is becoming a gold standard for a way to reduce the number of children being taken away based on assumptions of reduced parental capacity.

For instance, the California Evidence-Based Clearinghouse for Child Welfare (CEBC), an organization that advances the effective implementation of evidence-based practices for children and families involved with the child welfare system, endorses and highly rates the Step-by-Step program.

Feldman says that in some areas in the United States, a parental IQ score of 70 or below alone could be enough for the courts to remove children from the home, with few challenges to that removal.

Something similar might be happening in Canada although, unlike in U.S. jurisdictions, family court records are confidential, says Feldman.

Merran Campbell, Behaviour Management Consultant with the Ottawa-based Children’s Hospital of Eastern Ontario (CHEO), says it’s always CHEO’s goal to have children remain in their homes as much as possible to “be a united family with the supports that they need to be successful.”

She also undertook training with Feldman and is aiming to implement the Step-by-Step program at CHEO in the fall.

“We want to work with referral agencies such as Children’s Aid or family physicians to do some preventative teaching instead of reacting to problem behaviours,” she says. “We want to be proactive rather than reactive.”