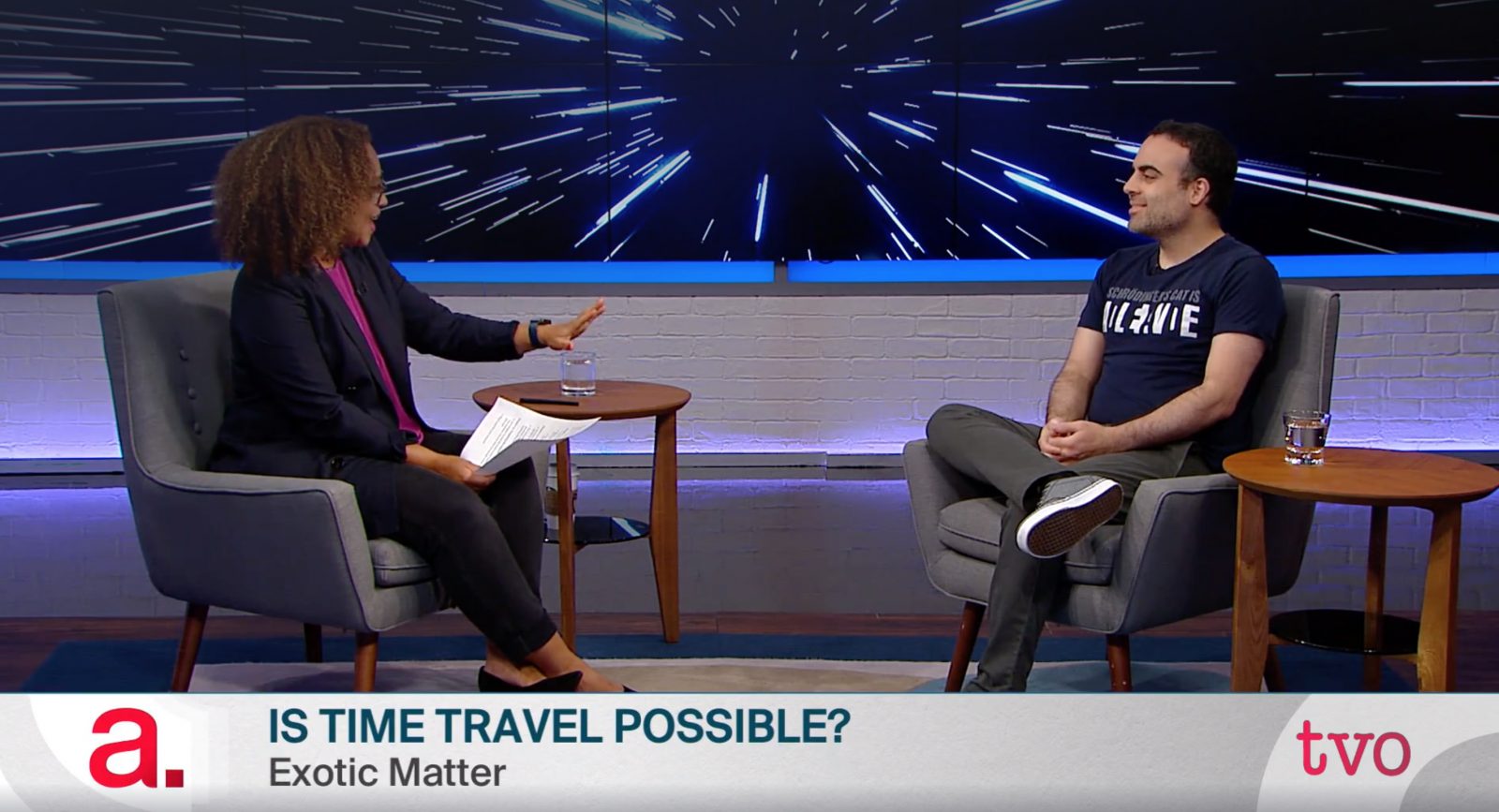 Assistant Professor of Physics Barak Shoshany was on TVO's The Agenda, where he spoke about the idea of time travel being theoretically possible, but only if parallel timelines are also possible.

New Brock president hopes to help university soar to new heights: Brock’s next President and Vice-Chancellor Lesley Rigg spoke to Newstalk 610 CKTB and The St. Catharines Standard about the role she will take on at the University beginning Nov. 1. Rigg’s appointment was also discussed in articles from 101.1 More FM, Western News, The Niagara Independent and Insauga.

Is time travel possible?: Assistant Professor of Physics Barak Shoshany was on TVO’s The Agenda, where he spoke about the idea of time travel being theoretically possible, but only if parallel timelines are also possible.

Waiting out delays while gambling and high? Agency that runs Pearson eyes bringing cannabis, gaming to airport as it struggles to recover losses: Associate Professor of Operations Research Michael Armstrong spoke to The Toronto Star and CHML 900 about a proposal to allow legal cannabis sales at Pearson Airport. Armstrong also spoke to CBC about slowing cannabis sales in Alberta, and to The National Interest about Israeli missile defence.

An invasive species threatens Ontario’s wine and grape industry. Here’s what you should know: Professor of Biological Sciences Liette Vasseur spoke to CBC as well as to several Radio-Canada stations (in French) about the potential impact of the spotted lanternfly on Ontario’s grape and wine industry and its link to climate change.

Lead Like a Girl: Julie Stevens, Brock University Special Advisor to the President — Canada Games and Professor of Sport Management, spoke to YourTV Niagara about the Lead Like a Girl program, which aimed to build leadership skills in young girls through the power of sport during the Games.