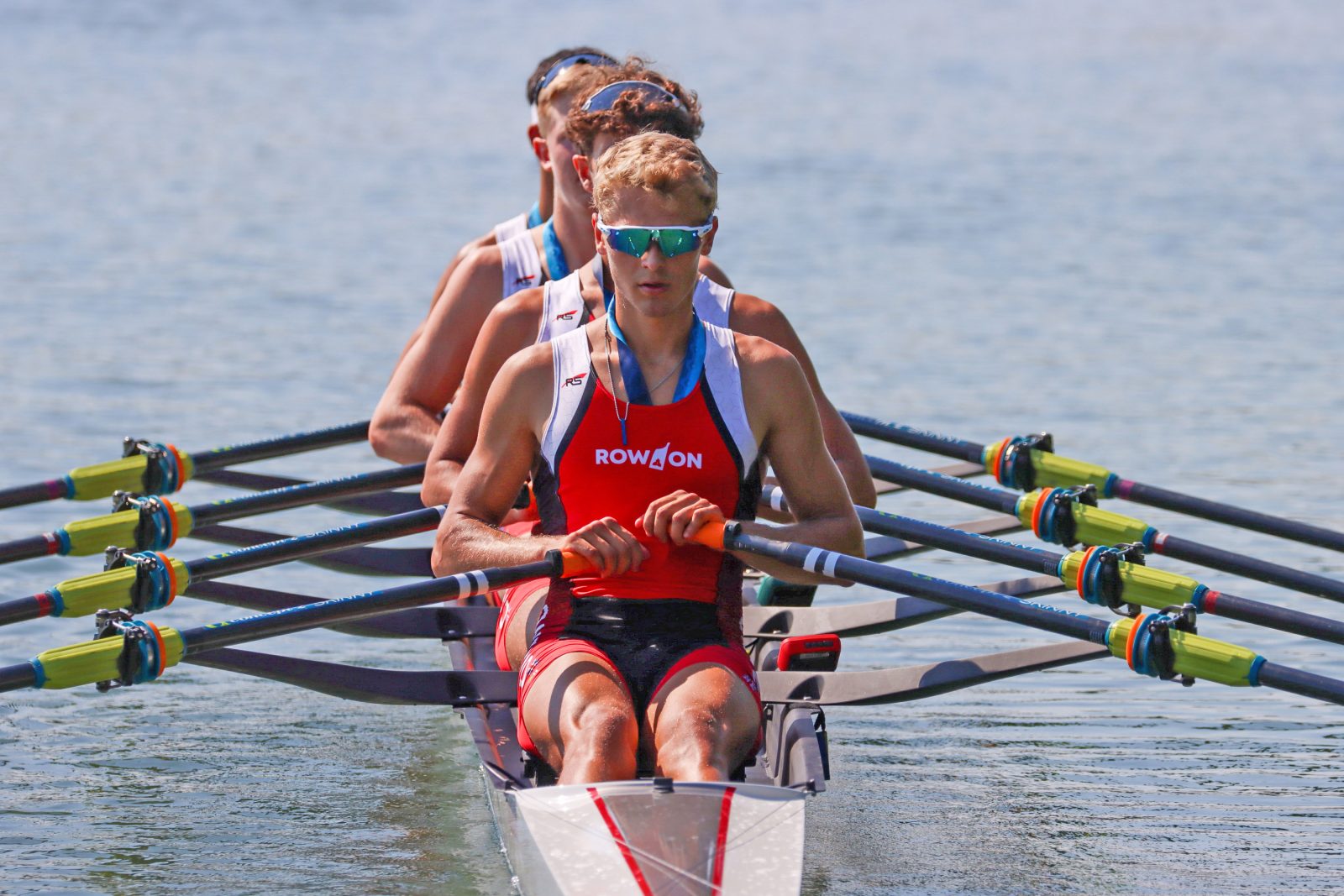 Brock University’s student-athletes captured a boatload of medals during the Niagara 2022 Canada Summer Games from Aug. 6 to 21.

Rowers from the Brock Badgers claimed a total of 12 medals, with Stephen Harris of the men’s rowing team leading the way as the only rower to win three coveted golds.

“To be able to be part of the Canada Games coaching staff was such an amazing experience. To host the nation in Niagara also meant a lot to me as we had so many volunteers, families and young athletes give back to the sports they love,” said Ragogna, who served as an assistant coach on Team Ontario. “This has been a three-year process before the COVID-19 pandemic. The adjustments we made both online and in person encapsulated the success we had on the court and made the process more meaningful.”

At the Royal Canadian Henley Rowing course in Port Dalhousie Aug. 20 and 21, Harris was no stranger to the podium as he represented Team Ontario en route to three gold medals.

A third-year Economics student from Guelph, Harris caps off a successful summer of competition that included a bronze medal at the Under-23 World Rowing Championships in the lightweight men’s single in Italy last month.

“It meant a lot to me to be able to compete on my home course here at Brock,” Harris said. “The last six months of training have been quite aggressive building into the U23 Worlds. That event carried a lot of stress and pressure, so to be able to come back from that and race here in an event that was celebrating sport was a great experience.”

Harris secured his first gold medal on Saturday, Aug. 20 as a member of the men’s quad as Ontario held off Team British Columbia by less than three seconds (6:06.98).

He picked up two more golds on the final day of the Games, Sunday, Aug. 21, when he teamed up with Alessio Perco to win gold in the men’s lightweight double. Harris won the men’s single with a time of 6:50.96, which was two seconds faster than Giancarlo DiPompeo of Team B.C.

“Hopping into boats with new teammates and learning how to row with them takes some time, so it was difficult to go up against some crews that have been rowing together for years,” said Harris, who had only a week to build chemistry with his teammates. “Winning the men’s single as a lightweight was one for the books, but being able to share the podium with my Brock teammate, Connor Dodds, meant a lot.”

Samuel Maconco won silver in the lightweight men’s double while competing as a member of Team Quebec.