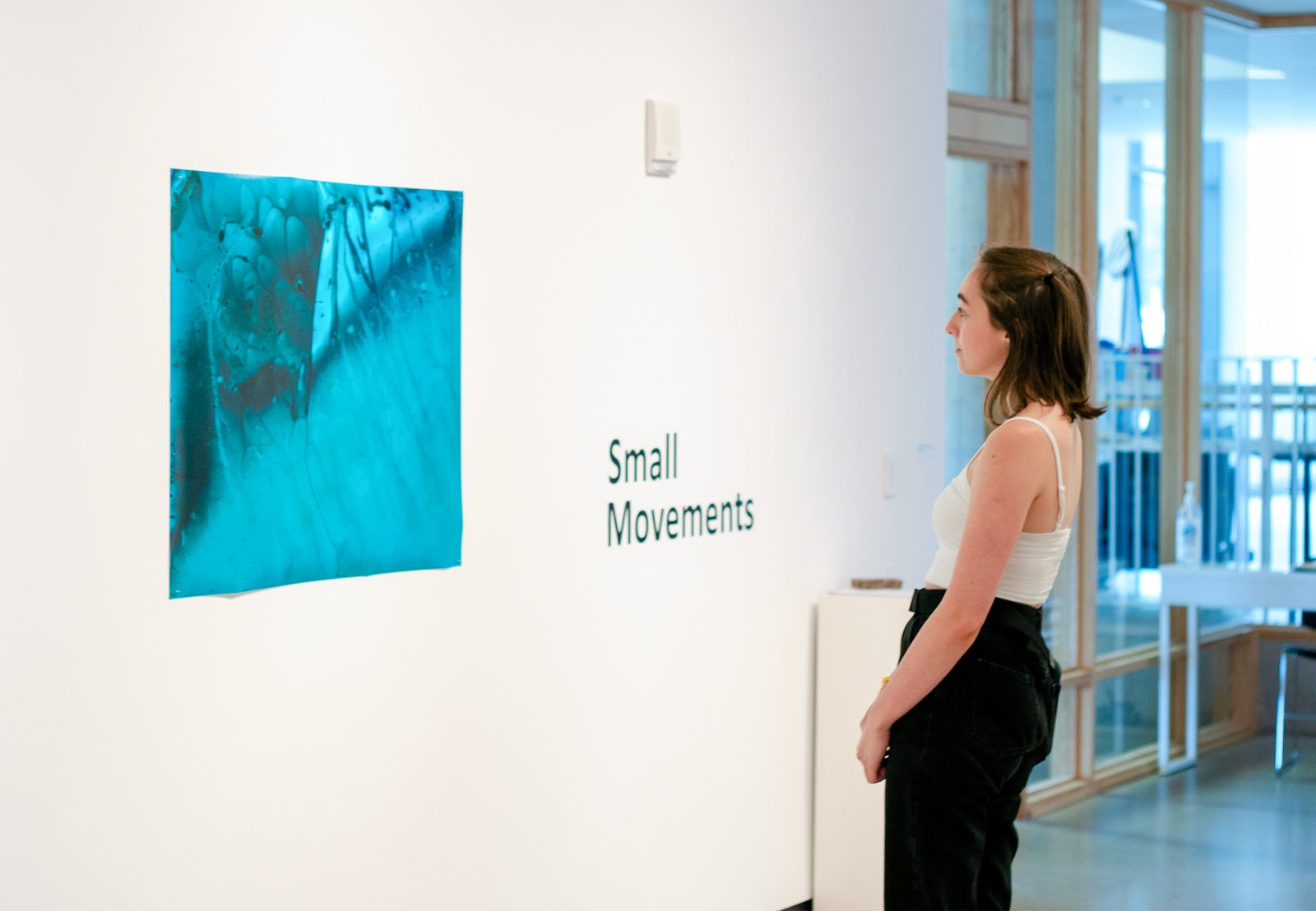 Many aspects of the Niagara 2022 Canada Summer Games have inspired projects across Brock University — and the event’s mascot, Shelly, is no exception.

The turtle’s impact has gone beyond the Games to influence two Brock projects now being showcased as part of an ongoing exhibition.

Presented by Brock’s Department of Visual Arts (VISA), in conjunction with the Games, Small Movements highlights the work of Associate Professors Amy Friend and Donna Szoke. The exhibition was funded by the University’s VPR Canada Games grants.

Szoke’s work, which saw her collaborate with Grade 1 and 2 students at Jeanne Sauvé French Immersion Public School in St. Catharines, creates a connection between the 2022 Canada Games, the local community and turtle conservancy.

As part of the project, students experienced a virtual field trip to the Ontario Turtle Conservation Centre (OTCC), where they learned about the organization’s important work and visited a hospital for recovering and resident turtles, as well as a nursery with eggs and hatchlings.

Following their visit, students were given the opportunity to colour their own images of turtles, which were then scanned and animated by VISA fourth-year student Emily MacDonald and alumna Julie Luth (BA ’22). The scanned images were used to create an animation, which was then gifted back to the children, animators, the OTCC and the Canada Games.

“The children’s approaches to drawing and painting are refreshing in their naiveté, gesture and palette,” says Szoke. “By inventing a platform for generating turtle images created by children, our research-creation team created a turtle animation meant to engage and inspire.”

Meanwhile, Friend’s project investigates and bridges a connection between sports and Niagara’s regional ecosystems, with a specific focus on turtles. Also inspired by the Canada Games mascot, the project examines watersports that take place in habitats shared with turtles. It includes camera-less photographs, water samples from across the Niagara region, a sound component and digital photography.

Friend used analogue photo practices to produce camera-less photographs with her creative research team, including research assistants Laurie Morrison and Sarah Martin (BA ’19). Morrison, a first-year VISA student, and Martin, a VISA alumna, worked on capturing and printing the project’s images. Morrison secured light-sensitive photo paper to a kayak, allowing an interaction to take place between paper and water, while Martin collected samples from local waterways and helped to edit and print images with Friend.

Friend’s work also includes photos that were taken at the surface of the water with a digital camera.

“The photographs were shot at the water’s surface, precisely where the paddles enter the water and where turtles swim,” she says. “My thought process for this approach was to establish a relationship between the act of paddling or rowing through the water and the movements made by turtles as they move through the water.”

Research assistant and recent graduate Qiushuang Xia (BA ’22) took photographs across the region’s waterways. Xia also captured the sound component that accompanies the project, recording from some of the same sites that were explored to create the images in the exhibition.

Small Movements is open now until Oct. 1 at the Marilyn I. Walker Visual Arts Gallery and Student Exhibition Space. There will be a reception with the artists on Wednesday, Sept. 14, from 4 to 7 p.m. All are welcome to attend. More information is available on the exhibit web page.