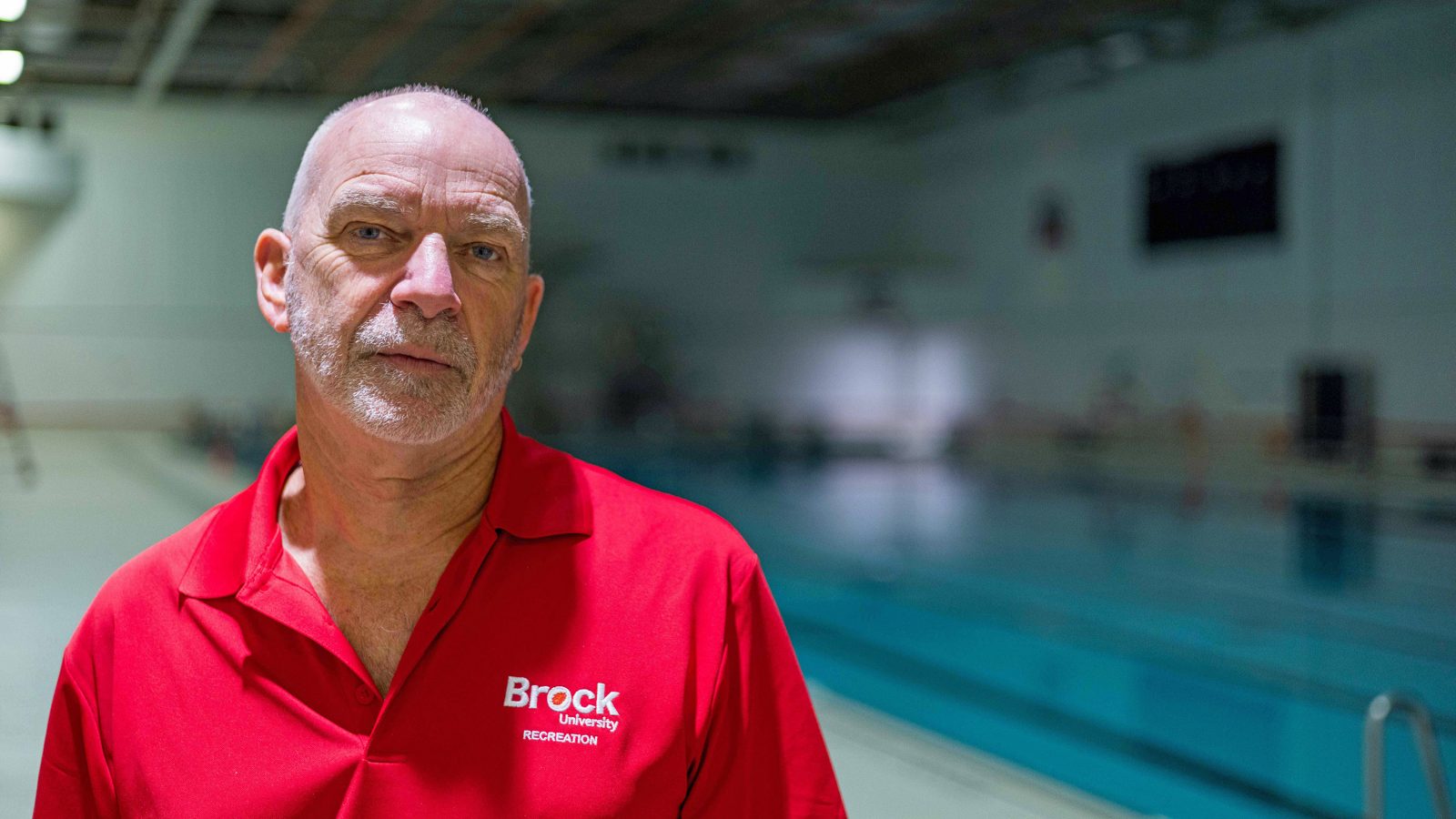 Swim coach Peter Bradstreet is set to retire in July after 38 years at Brock University.

After 38 years, swimming coach Peter Bradstreet is officially retiring from Brock University at the end of July.

However, he won’t be swimming off into the sunset just yet.

Bradstreet will transition into an assistant coach role with the Brock Badgers varsity men’s and women’s swimming teams and the Brock Niagara Aquatics club team.

“My time at Brock has been all I could ask for. As one of my colleagues says, we have the best job in the world,” Bradstreet said. “Working with young people keeps us young, we are welcomed to share in their successes, and then get the privilege of seeing them go on to great things in life.”

Bradstreet doesn’t golf, but he plans to travel and remain connected to the Brock swim program and work alongside incoming coach David Ling, who, as a youngster, was coached by Bradstreet with Brock Niagara Aquatics.

“I love to travel and two years of none has left a pent-up demand. I don’t want to leave Brock entirely, so I’ll still be on the pool deck a few times per week,” Bradstreet said. “I coached David for many years and have always stayed in touch, so there is a natural synergy. He’s one of the most positive individuals you will ever meet. The program is in good hands.”

Since starting at Brock in 1983, Bradstreet has missed only two practices, both during the birth of his children.

Working six days a week, he would commute from his home in Burlington to open the Eleanor Misener Aquatic Centre at 5 a.m. for varsity and club swimmers to commence early-morning training.

“Peter has had a tremendous influence on competitive swimming in the Niagara region over the past 40 years,” said Karen McAllister-Kenny, Director, Brock Recreation. “During this time, it was evident Peter’s dedication to his swimmers and student-athletes is second to none.”

Walker-Young, who spent 13 years winning medals and setting records for the Canadian Paralympic Team, said Bradstreet was integral to her time at Brock, her swim career and personal development.

“As a Paralympian, Peter never once made me feel out of place or lesser than my teammates without disabilities. That equity is something that I will never forget,” she said. “Peter’s dedication to his athletes is insurmountable. He has a depth of knowledge of the sport of swimming which is some of the best in the country. I am very fortunate to have selected Brock University for my studies and am ever thankful that decision introduced me to Peter.”

Before the COVID-19 pandemic, Bradstreet and his coaches built a club swimming program to include 175 swimmers per year in competitive programs.

When Gokhan Bozyigit (Bed ’21) departed his native Turkey to embark on a new life in Canada, Bradstreet was there to help him with the transition both at Brock and beyond.

The multiple OUA medal winner credited Bradstreet for playing a key role in his development into a successful student-athlete.

“Peter gives his athletes all of the opportunities and information to succeed in and out of the pool,” said Bozyigit, who is currently pursuing a Master of Science in Applied Health Sciences at Brock. “He is one of the greatest distance swimming coaches I’ve worked with who goes above and beyond for his student-athletes.”