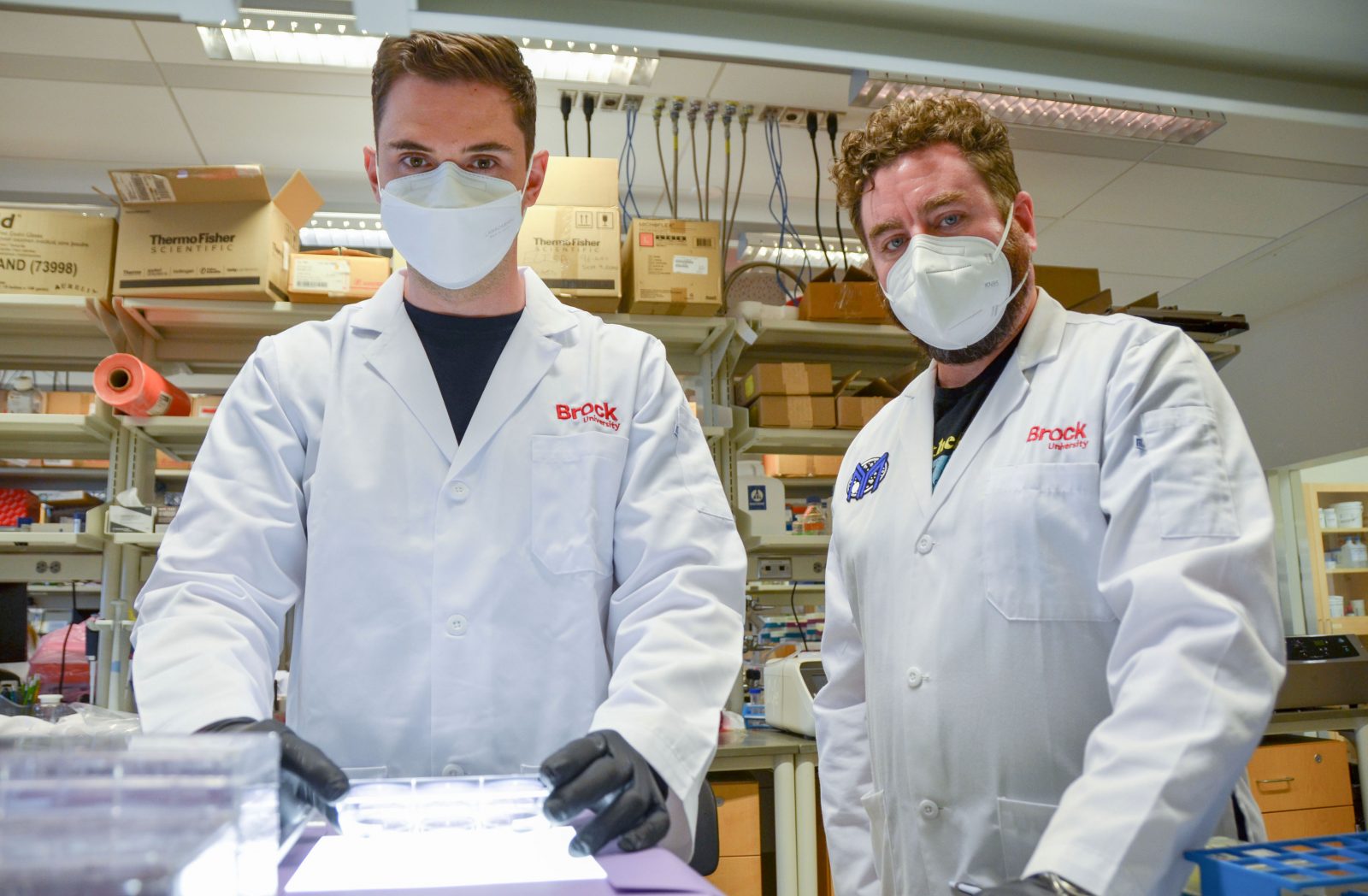 But the team, consisting of PhD student Jeremia Coish and his supervisor, Associate Professor of Health Sciences Adam MacNeil, says it’s still too soon to say whether a person who has had dengue fever is more susceptible to infection from the Zika virus.

In their research, published July 5, Coish and MacNeil obtained dengue fever antibodies from people who had been exposed to the virus and added them to a dish containing the Zika virus. Antibodies are proteins the immune system produces to protect the body against foreign substances, like viruses.

The duo then exposed the mixture to human mast cells — immune cells found in the skin where an infected mosquito carrying Zika would bite.

Though most well known for their role in allergy, mast cells, like other immune cells, protect the body from infections caused by pathogens such as parasites, bacteria and viruses, maintaining healthy tissue in the process.

“These dengue antibodies can bind to Zika and enhance the infection process through our mast cells,” Coish says.

“The dengue antibodies increased the infection of these mast cells by two orders of magnitude, so, hundreds of times more infection, which is really significant in the context of virology,” says MacNeil.

Coish says the mechanism responsible for this process is a rare paradoxical event called antibody-dependent enhancement (ADE), which occurs when a previous immune response to a virus counter-intuitively renders an individual more susceptible to a subsequent similar infection.

Their findings lay the groundwork and emphasize the need for future epidemiological research to see if and how the same phenomenon that occurs in the laboratory dish will take place in the human body—a phenomenon that is speculated to have contributed to the recent Latin America Zika outbreak.

“This in-vitro work provides the rationale to study these research questions in whole organisms,” says Coish.

The viruses causing both dengue fever and Zika diseases are transmitted to humans from infected mosquitos.

Dengue fever, found mainly in cities and towns in tropical and subtropical regions, can cause severe flu-like symptoms. In some cases, it can lead to dengue haemorrhagic fever, which affects the body’s vasculature, resulting in significant internal bleeding and organ failure.

Zika virus disease, found in Africa, the Americas, Asia and the Pacific, can cause infants to be born with microcephaly and other congenital malformations and complications if contracted during pregnancy. An increased risk of neurologic complications is associated with Zika virus infection in adults and children, including Guillain-Barré syndrome, neuropathy and myelitis.

The team’s research recently received accolades from the Canadian Society for Immunology in Halifax, where Coish collected a presentation award.