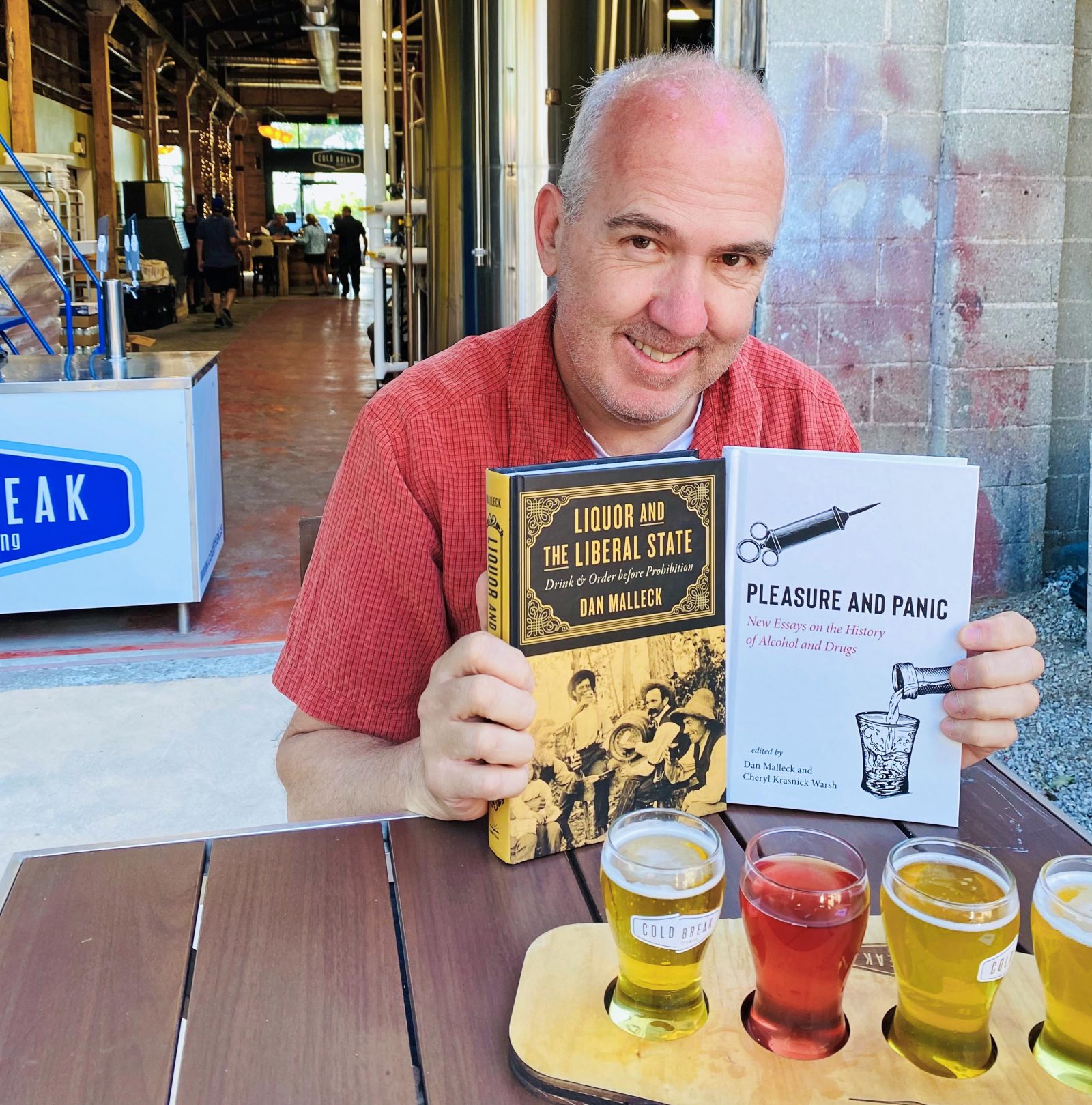 Dan Malleck, Brock University Professor of Health Sciences and Director of the Centre for Canadian Studies, has published a new book, Liquor and the Liberal State: Drink and Order before Prohibition, as well as a co-edited volume, Pleasure and Panic: New Essays on the History of Alcohol and Drugs.

Liquor has played a fundamental part in shaping the nation of Canada, from the local to the national level, says Dan Malleck.

The Brock University Professor of Health Sciences and Director of the Centre for Canadian Studies dove into the topic in two new books that were each published last month.

Liquor and the Liberal State: Drink and Order before Prohibition examines liquor licensing in Canada prior to prohibition and comes out of Malleck’s research on the Victorian tavern in Ontario. Meanwhile, Pleasure and Panic: New Essays on the History of Alcohol and Drugs, a volume he co-edited with Cheryl Krasnick Warsh, explores the problematization of drugs and alcohol. The volume brings together Canadian and international scholars to examine the use and culture of drug and alcohol consumption, and government responses to it, throughout history and around the world.

For Liquor and the Liberal State, Malleck looked closely at the law changes between 1867 and 1916, when prohibition began.

“A new law is the end of a process of change, and I wanted to understand where this came from,” he says.

Prior to prohibition, municipalities had the right to license the sale of liquor. Licensing taverns was politically lucrative and led to some towns having a lot of cheaply available liquor.

The temperance movement, while not politically powerful, was very vocal against alcohol. Politicians in power, on the other hand, didn’t necessarily want prohibition, so the government began investigating and adjusting laws.

“At some point in my research, I realized they are all talking about what liberalism, liberty and freedom meant,” says Malleck. “The freedom to be free of the tyranny of alcohol versus the freedom to run their business as they wanted, the autonomy of the individual to make their own decisions about drinking versus the need to look after people who couldn’t look after themselves. These are the same issues we see today when any one group thinks they need to protect another group from themselves.”

Regulating liquor sales was a slow process of tweaking laws. The government had a tendency to use plebiscites and referenda rather than making decisions, but was also unwilling to follow the results due to low turnouts, says Malleck. The process of regulating drinking led to conflict between levels of government.

“The provinces have certain rights to license taverns, but the federal government has the right to license commerce and trade,” he says.

The ambiguity of what the selling of liquor was led to the two levels of government fighting over who had jurisdiction for the first three decades of Canada’s existence.

“The first case considered by the Supreme Court when it was created was over liquor licensing,” says Malleck. The framers of the Constitution wanted the federal government to have more power than the provinces, but through repeated court cases this was upended and provinces were given more power than initially intended, he says.

The history of liquor is more than just temperance and the LCBO; it’s one of people socializing and generally behaving well, says Malleck. It can inform discussions about other issues, such as local option laws and cannabis. Municipalities opting out of alcohol or cannabis sales open more opportunities for illegal sales.

“Any chance to overly restrict something that is desired by people is always going to fail,” says Malleck. “Prudent and realistic public policy is always better than prohibition.”