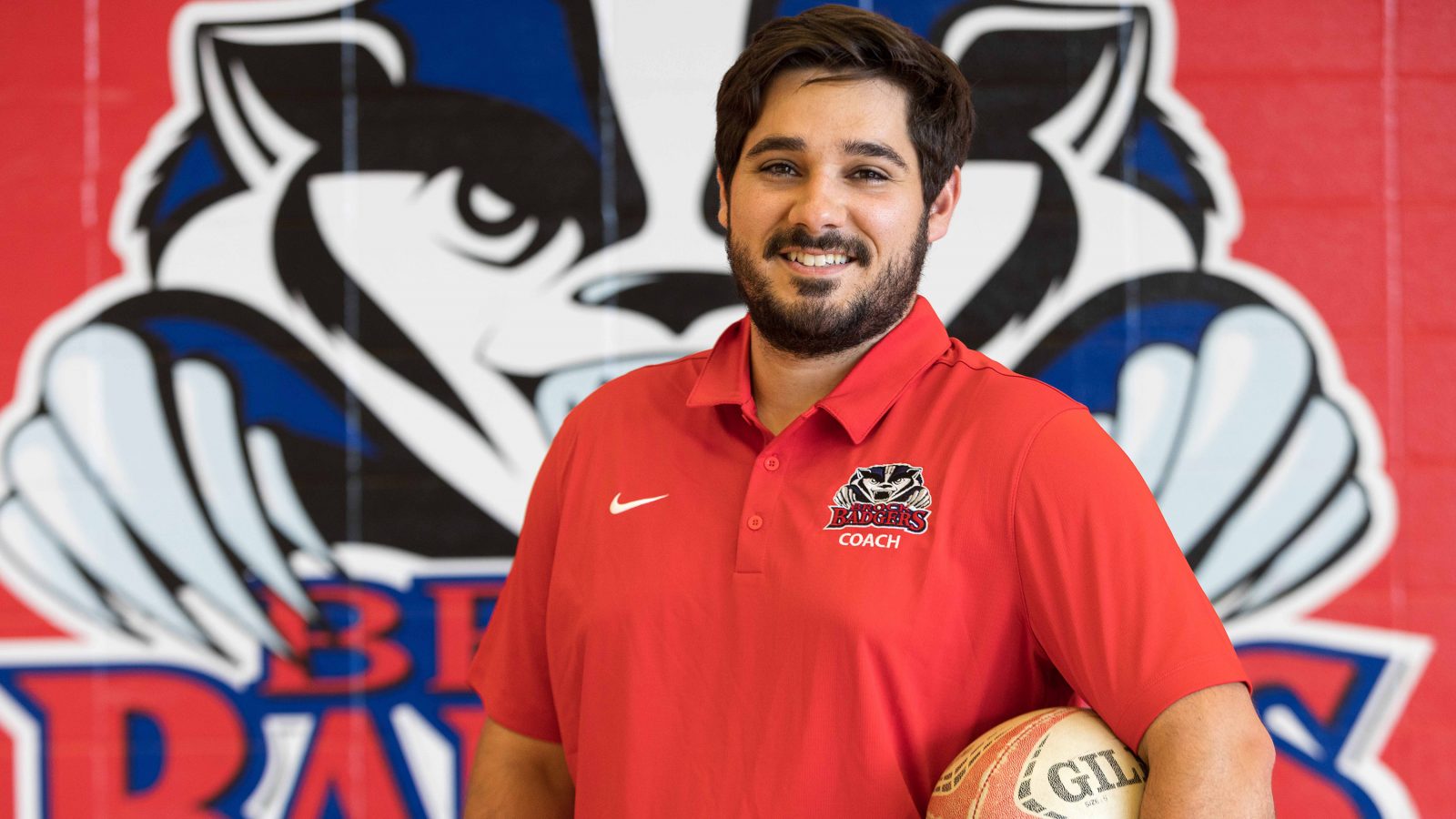 The Brock Badgers named Sean Medeiros the next head coach of its men’s rugby program.

A Brock University alumnus with an extensive high-performance background has been named the next head coach of the Badgers men’s rugby team.

“We’re excited for Sean to join our Brock Badgers staff as our new head coach of the men’s rugby program,” said Melissa Krist, Director, Brock Sports. “Sean brings a wealth of experience and a high-performance background that will benefit our student-athletes on and off the field.”

Medeiros, a native of Mississauga, comes to Brock from Rugby Ontario, where he served as the manager of provincial and high-performance programs for five years, which oversaw the day-to-day operations of 20 provincial teams and three provincial academies.

He was also the Director of the Ontario Blues Jr. Arrows Academy for two seasons. At Brock, Medeiros obtained a Master of Arts in Applied Health Science while also competing for the men’s rugby team.

Last season, Medeiros returned to the Badgers as an assistant coach.

“As an alumnus of the program, I have always wanted to give back and get involved,” Medeiros said. “I am honoured to have been selected to join a long line of incredible coaches who have led this program. I look forward to continuing to build on the strong foundation already in place.”

Medeiros’ experience in player development also extends to the national program, where he was the manager of the Canadian national U18 men’s program and the Canadian University men’s all-star team.

“My goal is to ensure I provide players with an environment and opportunity to develop into their best self, both on and off the field,” Medeiros said. “I am a firm believer in a process-driven approach to coaching and feel that a strong and consistent investment into the smaller details of the game will compound over time to create the larger outcomes we are looking for.”

The Badgers begin training camp on Aug. 20 in preparation for their first Ontario University Athletics regular season game in London versus the Western Mustangs on Sept. 17.