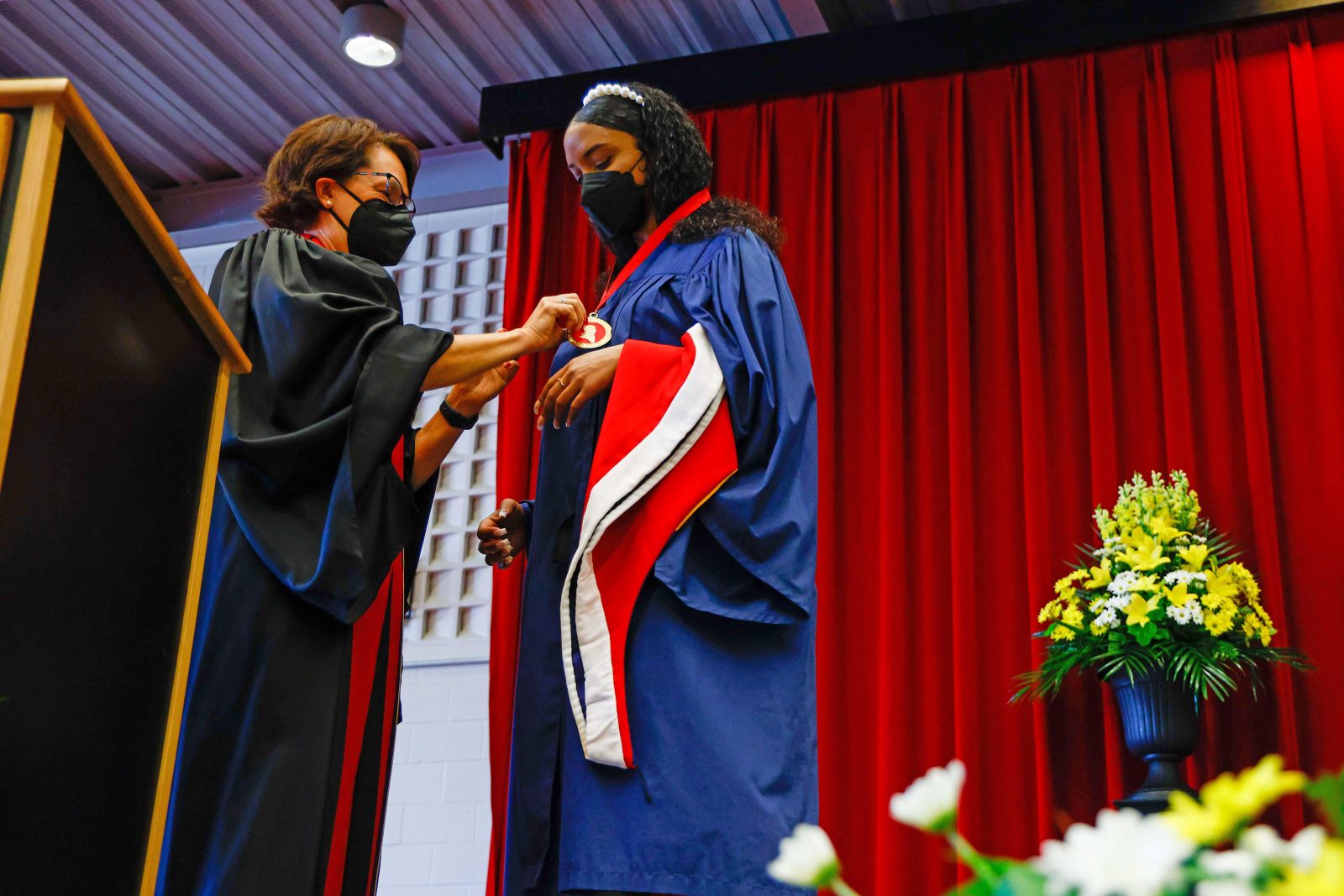 The French Studies graduate focused her time at Brock on building a richer and more diverse community.

Her efforts were recognized Friday, June 17 during Brock University’s Spring Convocation, where she was presented with the Board of Trustees Spirit of Brock medal. The award highlights demonstrated qualities in leadership, courage, innovation, inspiration or community involvement.

“It’s not enough to not be racist,” says Gordon, who graduated with a Bachelor of Arts from Brock’s Department of Modern Languages, Literatures and Cultures. “It’s important to be actively anti-racist and to continually work on issues related to human rights.”

During her time at the University, she was involved with Brock’s Anti-Racism Task Force and the President’s Advisory Committee on Human Rights, Equity and Decolonization (PACHRED).

“For cultural minorities, the feeling of injustice isn’t always a deficit in primary goods, but the disregard that members of that group may feel,” says Gordon. “The Anti-Racism Task Force has helped me understand the different cultures that are at Brock and how we can make everyone feel included and safe here on campus.” 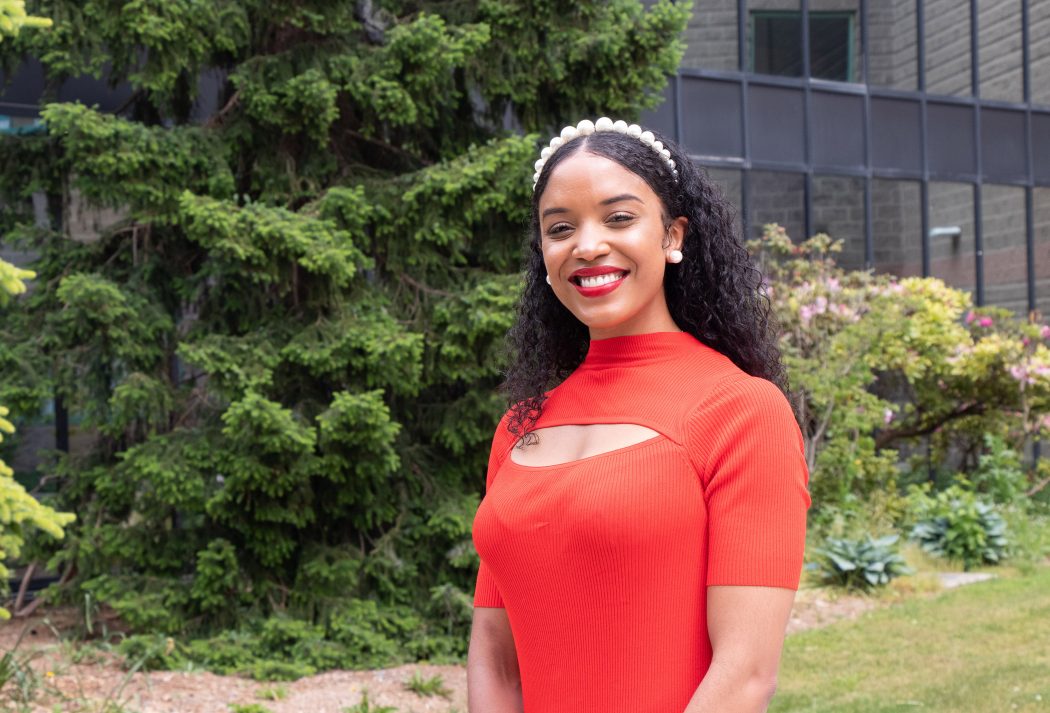 Kellian Gordon is this year’s recipient of the Board of Trustees Spirit of Brock medal for the Faculty of Humanities in recognition of her anti-racism work.

Between her studies and volunteering with PACHRED, Gordon found other ways to give back to her fellow students as well as the wider community. During the 2019 federal election, she worked with Future Majority to encourage Brock students to vote in advance polling to amplify the concerns of youth. She also organized bootcamp workouts for off-campus students and helped the Campus Store with fashion photo shoots.

Gordon’s fourth-year internship with Solidarite des femmes et familles immigrantes francophones (SOFIFRAN), through which she organized a discussion panel on Black History Month, along with tutoring French learners has allowed her to raise awareness of francophone culture and the benefits it can bring to future students.

“I’ve had so many opportunities to do such a variety of things,” she says. “The experiential learning posters aren’t just marketing; I really feel that’s what Brock embodies: the possibility to learn theoretically but also to incorporate experience.”

Gordon, who grew up in Montreal before moving to Toronto with her family in high school, speaks French as her mother tongue. She initially came to Brock to study science but found her passion in French courses.

“My journey in French at Brock has given me the courage to state that I am of the Francophonie — the French-speaking world,” she says. “I want to continue contributing to the vitality of the French language.”

This fall, Gordon will begin work on a Master of Arts followed by a PhD in Post-Colonial French Literature at the University of Toronto, with the goal of studying French migrant literature to broaden understanding of the impact of French imperialism.

“One day, I want the opportunity to have as big an impact on others as the Faculty of Humanities and the French program has had on me,” she says.

The new graduate encourages future students to not give up on their goals.

“It’s not going to be easy, but it’s definitely worth finishing and accomplishing what you set out to do in the beginning,” she says. “Those who know to get back up and continue to believe in their dreams will grow their impact.”

Neta Gordon, Humanities Associate Dean, Undergraduate Student Affairs and Curriculum, who shares a name but no relation to the award winner, says: “Kellian’s journey reflects a key ideal and responsibility of Brock University, which is that a student’s academic work ripples out into the community.”

“It is heartening to see how the mentorship Kellian received in the Department of Modern Languages, Literatures and Cultures has been paid forward to community groups who can benefit from her spirit of ethics, optimism and collaboration.”