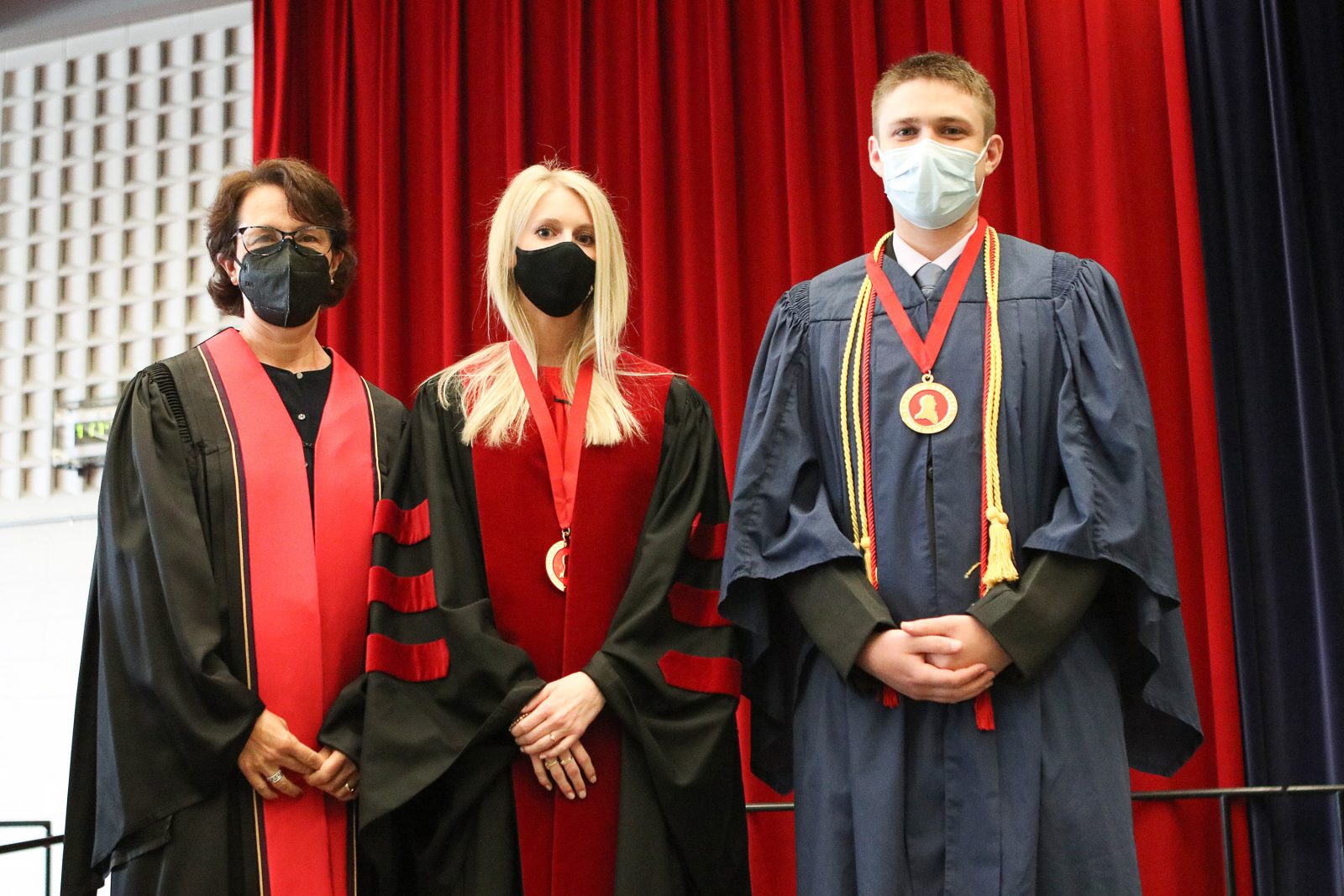 Ben Johnson (BA ’22) and Caitlyn Gallant (MA ’17, PhD ’22) were recognized with the Board of Trustees Spirit of Brock medal Tuesday for their leadership, courage and dedication to improving the Brock community.

The Psychology graduates were each presented the award during the University’s Spring Convocation, a weeklong celebration that will see more than 3,500 graduands receive their degrees between Monday, June 13 and Friday, June 17.

Johnson’s devotion to his fellow students has taken many forms throughout his time at Brock. In his first year, he joined the Brock University Students’ Administrative Council (BUSAC) and was recognized as the BUSAC Councillor of the Year. He also began volunteering with Student Life and Success at events including Brock Cares Day and the Niagara Student Leadership Summit and went on to receive the Student Life Outstanding Engagement Award. 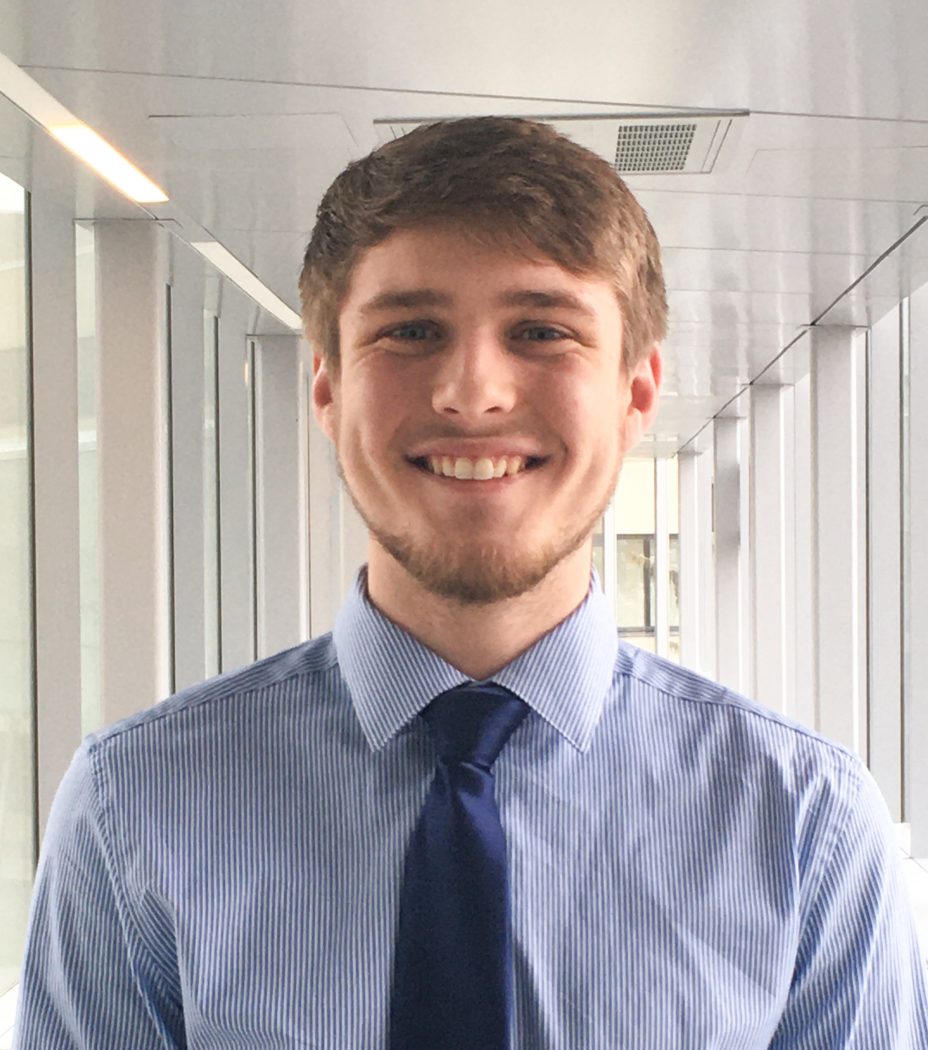 Some of Ben Johnson’s most recent volunteer efforts include working with the Leadership Team for Motivate Canada’s ViaYouth Summit and for the Niagara 2022 Canada Games as a Technology Lead.

While pursuing his degree, he sought out more ways to speak up for students and support social justice, from facilitating a workshop on youth homelessness for the Student Justice Centre to serving as a Student Representative in the Department of Psychology and advocating for affordable education with the Ontario Undergraduate Student Alliance.

A recipient of both the President’s Surgite Award and the BUSU President’s Award, Johnson spent two years as a Student Senator for Brock’s Senate. This past year, he implemented transparency mechanisms as a member of the Brock University Students’ Union Board of Directors. He volunteered for several senior advisory committees, including the hiring committee for the Vice-President, Administration, was a member of the Campus Climate Survey Working Group, co-chaired the Gender and Sexual Violence Steering Committee and worked with the President’s Advisory Committee on Human Rights, Equity and Decolonization.

Johnson also seized opportunities to expand his knowledge and engage with other passions, from volunteering in the Developmental Neuroscience Lab to completing the Campus-Wide Co-Curriculum, writing for The Brock Press and serving as President of the Brock Catholic Students’ Association and the Brock French Club for the past two years.

As a teenager, Johnson left a toxic family situation and lived temporarily in a youth homeless shelter. He says that education has been a “crucial element” in his future aspirations, and that his unwavering passion for learning led him to graduate high school and enrol at Brock. His professional goals now centre on conducting research that supports young people, especially those with disabilities and socioeconomic disadvantages.

“Brock’s experiential opportunities opened my eyes to meaningful perspectives on advocacy and community service, two values which are inseparable from my academic goals,” says Johnson. “There are several mentors I’ve had along the way I need to thank, including Brad Clarke, Brock’s newly appointed Associate Vice-President, Students.”

Gallant, a mental health researcher, is passionate about using innovative research to help facilitate access to much-needed services and supports for disadvantaged groups.

Under supervisor Dawn Good, she studied how brain-based challenges, such as traumatic brain injuries and neurodevelopmental disabilities, impact clinical presentations. 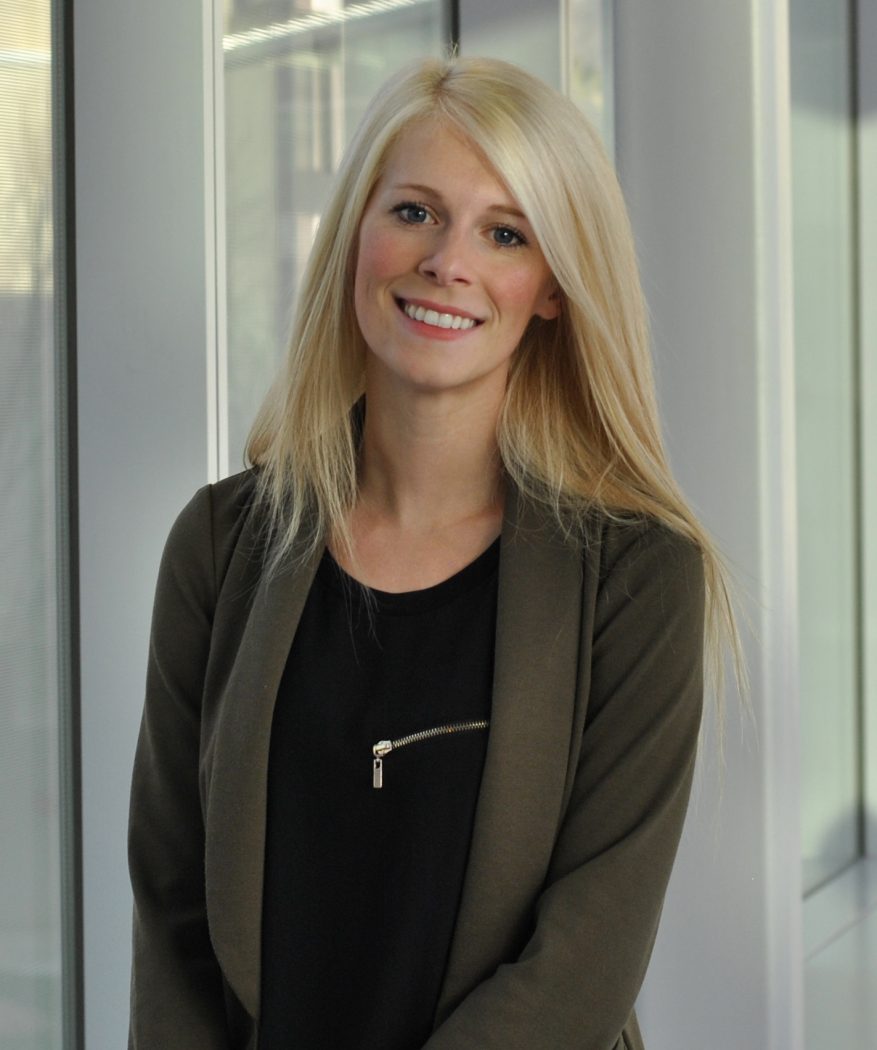 Since defending her dissertation, Caitlyn Gallant has worked as a Post-doctoral Fellow at the Developmental Disability and Mental Health Lab at York University and with Children’s Mental Health Ontario to build provider capacity in autism and mental health.

Gallant says it was especially meaningful for her to receive the Spirit of Brock medal during Brain Injury Awareness Month.

“I am very honored to receive this award in recognition of my involvement in the Brock community,” she says. “It’s also a reminder of all the individuals who created opportunities for me to develop my skills outside the classroom and provided mentorship and guidance throughout my degree. I’m incredibly appreciative of all their support.”

In addition to presenting her research to academics around the world, Gallant has sought opportunities to share her knowledge with those who need it most in an accessible way, including community talks with teachers, coaches and caregivers. She won Brock’s 3-Minute Thesis (3MT) in 2017 — and went on to coach other competitors — and Brock’s first Gradflix competition earlier this year.

She says a course in Dual Diagnosis that she completed in the Department of Child and Youth Studies had a big impact on her research.

“The course broadened my thinking about neuropsychology and mental health, encouraged me to integrate research across disciplines and ultimately inspired my dissertation work and career interests in this field,” she says. “I’m very grateful to have had such a supportive supervisor who encouraged me to pursue my interests and to have studied at a university that celebrates interdisciplinary work.”

Gallant is also a first-generation student who has created multiple opportunities to improve access for learners, whether through organizing workshops for fellow students, inspiring visiting high school students as a Project Leader at Brock’s annual Scientifically Yours, supporting students as an award-winning teaching assistant or advocating for students in her roles as campus and student representative for both the Canadian Psychological Association and Brock’s Graduate Students’ Association.

Through it all, she has made time to support the York Autism Spectrum Disorder Partnership, the Kristen French Child Advocacy Centre, the Brain Injury Association of Niagara, St. Catharines Hospital Mental Health Unit and Pathstone Mental Health through volunteer work and community-engaged research.

“The level of commitment to community involvement and improvement shown by both Ben and Caitlyn is truly inspiring,” says Ingrid Makus, Dean of the Faculty of Social Sciences. “They are a credit to their department, our Faculty and Brock as a whole, and I wish them every success as they move into their next steps.”