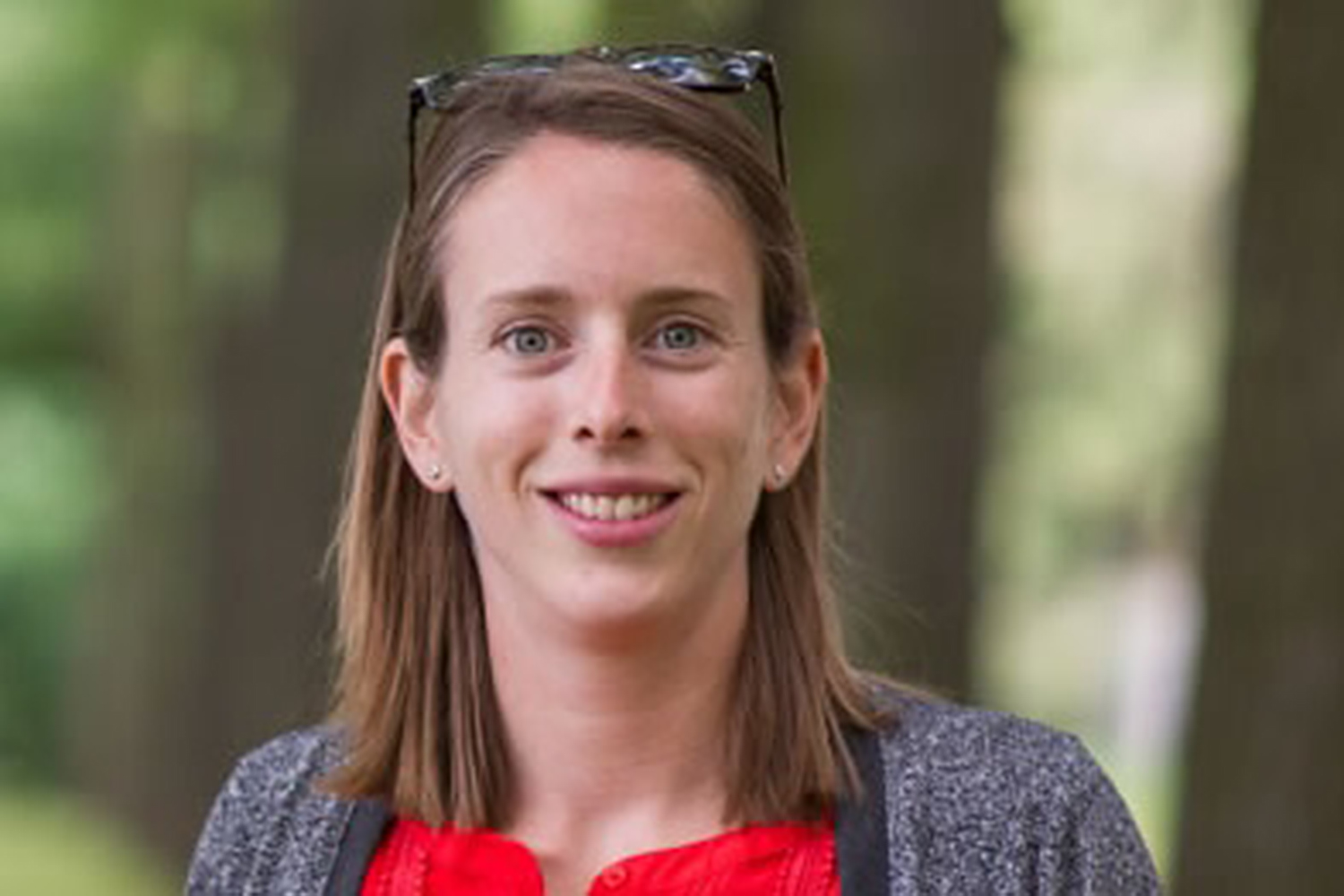 Ahmad Mohammad was fascinated by cranial nerves, blood vessels in the brain and other topics covered in his second-year anatomy course taught by Rebecca MacPherson.

But his interest stemmed from more than just the content. Equally captivating, he says, was how the Associate Professor of Health Sciences explained highly complicated concepts in a way that he and his peers could easily grasp.

The positive experience led him back to the class two years later as MacPherson’s Teaching Assistant (TA), where he continued to be inspired by her approach to teaching.

“I signed up to be a TA because I enjoyed the way she taught the course so much,” says Mohammad, who graduated during Brock’s Spring Convocation Wednesday, June 15 with a Bachelor of Science in Medical Sciences. He will be starting his master’s with MacPherson in the fall. 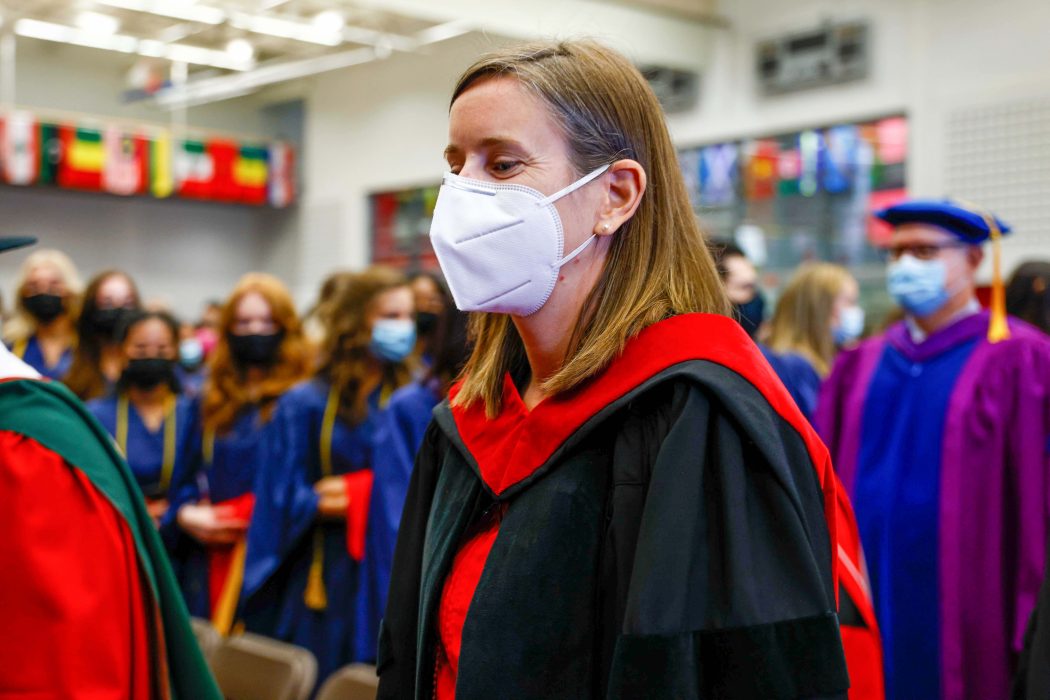 During Convocation, MacPherson was recognized for her positive impact on and dedication to her students with the 2022 Faculty of Applied Health Sciences Award for Excellence in Teaching.

MacPherson was an obvious choice for the honour, says Dean Peter Tiidus.

“Dr. MacPherson epitomizes all round faculty excellence,” he says. “In addition to being an outstanding teacher, Dr. MacPherson also runs a world-class, externally funded research program and is involved in many aspects of departmental work.

“This recognition of her teaching excellence and concern for her students’ success is very well deserved,” he says.

MacPherson teaches courses in human anatomy, human pathology and pathophysiology of the metabolic syndrome — a cluster of abnormalities that result in hypertension, central obesity and insulin resistance, among others.

Shortly after joining Brock in 2016, MacPherson was among a group of faculty who negotiated access to McMaster University’s cadaver lab, located in the Roy and Lois Cairns Health and Bioscience Research Complex on Brock’s main campus.

MacPherson developed plans on how her classes would use the lab’s space and facilities.

“It’s one thing for students to look at a plastic model of the human body where everything is perfectly proportioned and colour-coded,” she says. “When students see a human cadaver, they get a better appreciation of the anatomical variations from person to person. They also form more of a connection to the person who passed away, whose last wish it was for students to learn.”

MacPherson also arranged for McMaster University to deliver samples from its massive library of specimens of different disease, such as lung cancer and Alzheimer’s disease, for students to examine in their pathology classes for “hands-on, real-life experiences.”

One innovative teaching technique that impressed Mohammad was MacPherson’s use of mnemonics — patterns of letters or numbers — to get students to remember technical terms associated with physiological processes and systems.

“I was lucky enough to be a TA because she taught us the content so well in my second year that I still remembered the content two years later,” says Mohammad.

Danny Marko (BSc ’19, MSc ’21) took seven classes with MacPherson during his undergraduate education and was supervised by her for his graduate degree. He says he has observed that MacPherson “believes that her success is defined through the success of the students she can shape.”

For example, a discouraged Marko was trying to change his research project following eight months away from the lab due to pandemic measures and his less-than-impressive preliminary research results.

“Dr. MacPherson pushed me to stick with it,” says Marko. “She told me, ‘Be patient, it will come, it will work out, you’re going to hit roadblocks like this, you’ve got to know how to push through these kinds of things.’”

Fuelled by her confidence, Marko ploughed through. Not only was the project a huge success, but Marko finished his master’s early and was first author on his team’s work, published March 28 in the American Journal of Physiology – Cell Physiology.

For her part, MacPherson says her goal as an educator “is to teach from the heart and not the textbook.”

“I try to use a hands-on approach where I encourage students to interact with the material and one another,” she says. “I want students to leave a lecture, lab or seminar with a true knowledge and appreciation of the logical, elegant simplicity of the human body.”