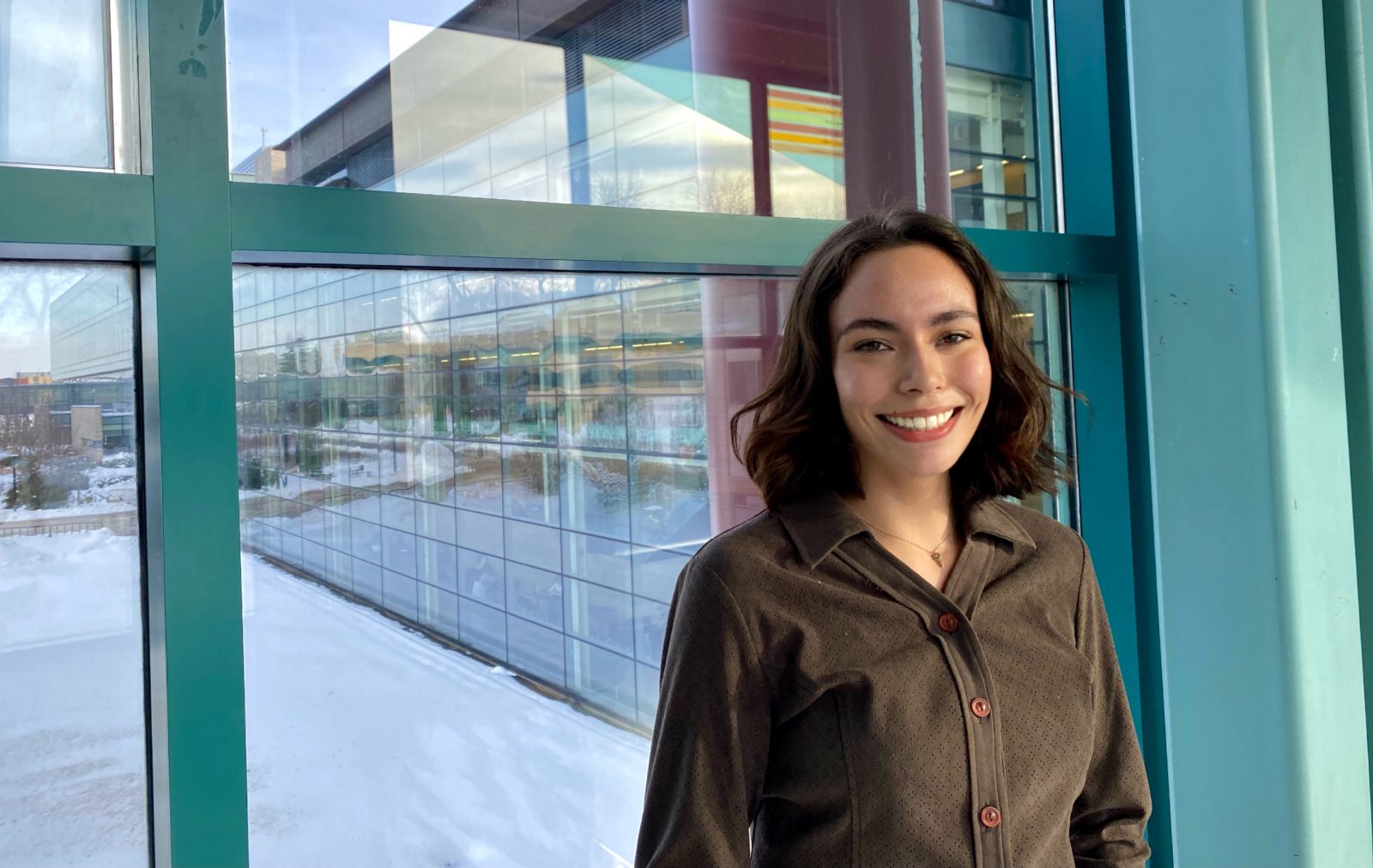 Brock University Biology and Psychology student Cassandra Carlson has been using her studies and extracurricular activities to advocate for Indigenous ways of knowing both locally and internationally.

As Brock celebrates Indigenous Peoples Awareness Week, Ojibwe student Cassandra Carlson is doing her part to draw on the wisdom of her ancestors to change the world.

The 20-year-old, who is studying Biology and Psychology, has been using her studies and extracurricular activities to advocate for Indigenous ways of knowing both locally and internationally.

On the academic side, she is involved in a research project with Brock Professor of Biological Sciences Liette Vasseur that allows her to explore the use of Indigenous plants for traditional garden purposes.

Carlson says the work, which has her looking at the ecology of plants to learn how they can grow together, allows her to connect with the teachings of those who came before her.

“Growing up, I didn’t learn about my culture a lot, but I always wanted to learn more,” she says. “Through this project, I’ve learned there are more than 500 plants that are used to treat medical issues.”

As she develops her own knowledge, Carlson is also appreciative of the platform the research provides for her to share her culture with others.

“As an Indigenous person, I have a deep relationship with the Earth and I am grateful for everything it provides to me,” she says. “Working in environmental sustainability, where so many people also understand that, provides a great opportunity to grow together while also sharing new perspectives on things they may not have considered.” 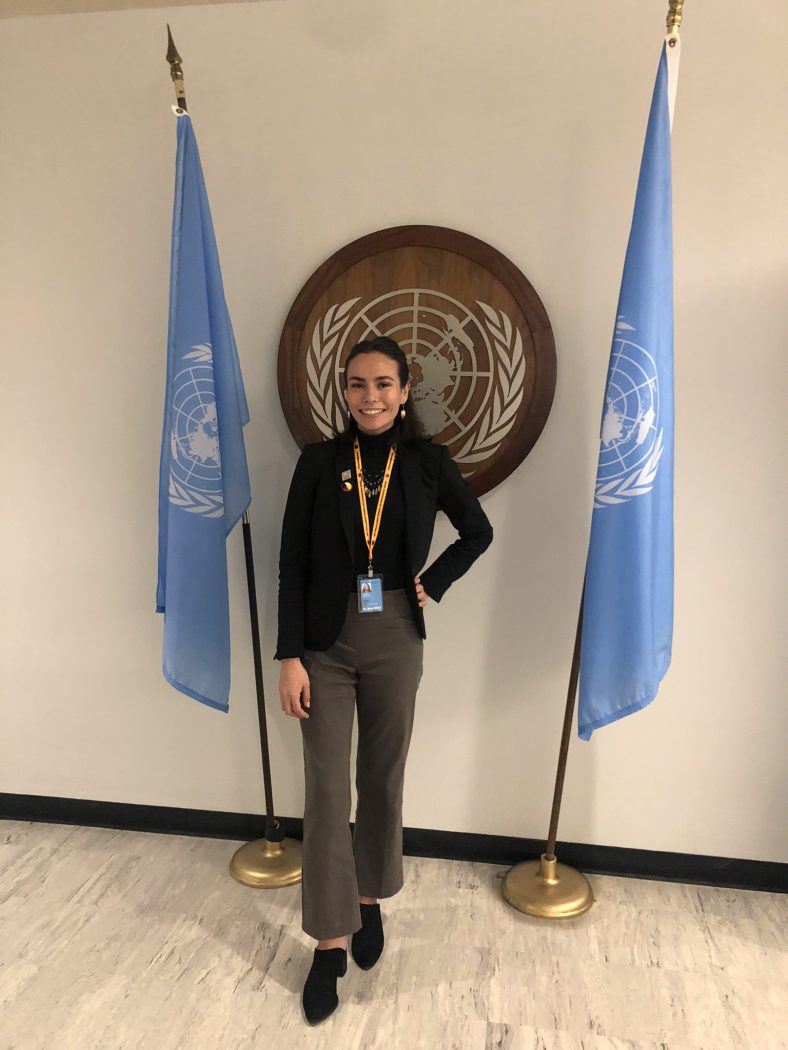 Cassandra Carlson travelled to New York City as a representative at the United Nations Permanent Forum on Indigenous Issues.

Outside of her studies, Carlson’s commitment to knowledge sharing has taken her further afield.

This spring, with assistance from Brock’s Aboriginal Student Services team, she travelled to New York City as a representative at the United Nations Permanent Forum on Indigenous Issues (UNPFII), where she advocated for Indigenous youth and their involvement with the UN.

During her two-week trip, Carlson listened to and learned from delegates from around the globe, while also emphasizing the importance of recognizing the shift in Indigenous youth that has taken place and the influence they can now have on a global scale.

“Indigenous youth my age have grown up with the UNFPII, and I have been an active participant in it my whole life,” she says. “As we start to see policies that Involve our people shift over time, we are more knowledgeable about areas where further change can take place.”

Along with her academic and United Nations commitments, Carlson has also taken on a role as a Youth Advisory Council member of the Jane Goodall Foundation. However, she is quick to note that her motivation for growth is deeply personal.

“I don’t know if my ultimate goal is to inspire people,” she says. “If it results in that, I would be grateful, but I just want to keep working on myself and to always continue growing.”

As she shares her culture with those around her, Carlson is thankful for the support of institutions like Brock that are listening to what Indigenous people have to say.

“I think recognizing Indigenous history from Indigenous Peoples is not often represented in our everyday lives,” she says. “But I have slowly seen growth in people’s willingness to listen and learn. There’s so much more history that’s yet to be accepted, and it’s crazy to think about the amount of knowledge that is available for us to use.”