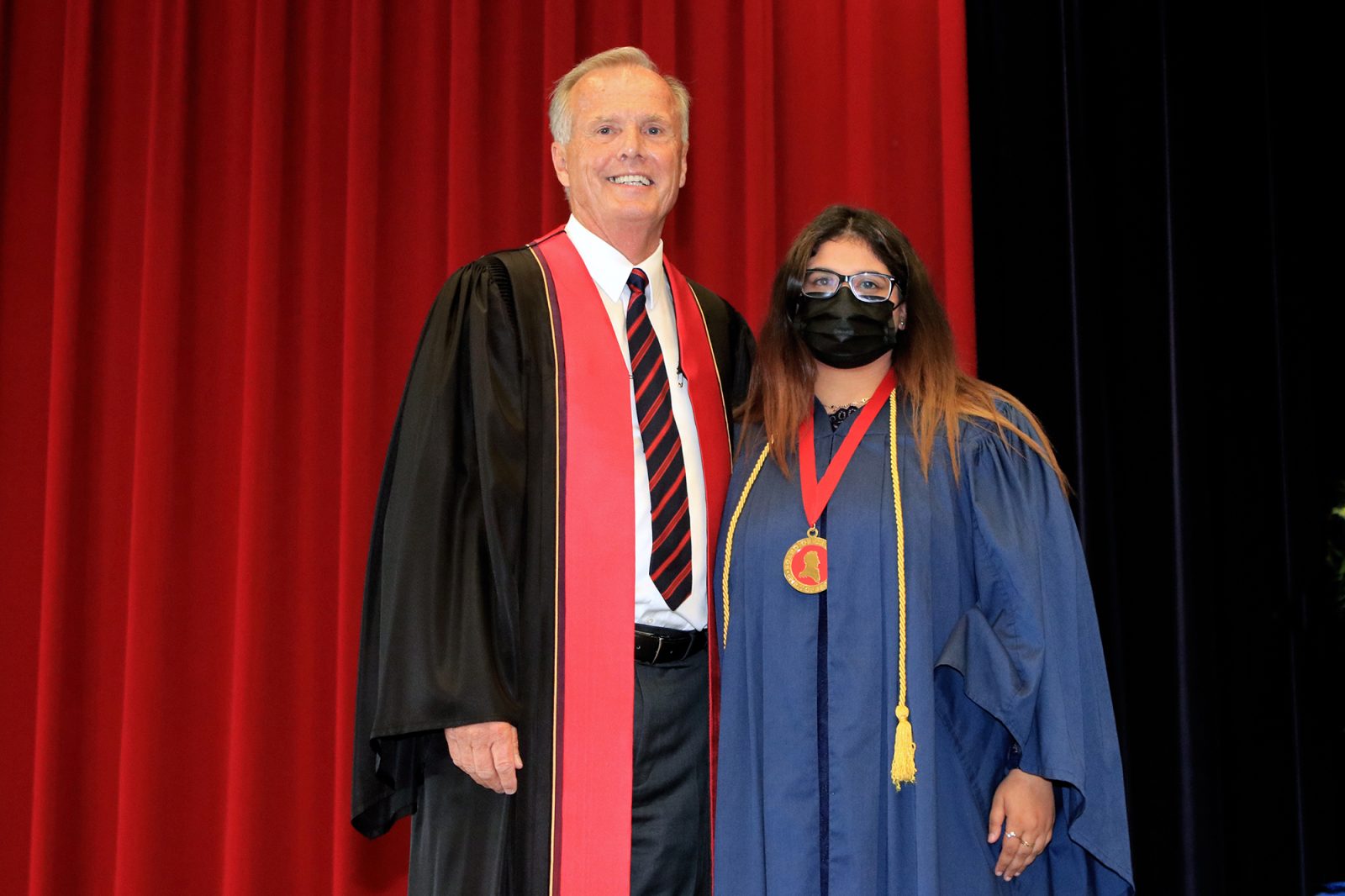 Brock University Board of Trustees member Gary Comerford presented the Spirit of Brock medal to Yarnie Shahparast during the University's Spring Convocation on Thursday, June 16.

When Yarnie Shahparast and Owen Angus-Yamada chose to come to Brock, they knew they would get a high-level business education. But what appealed to both students most were the opportunities to grow personally and professionally outside of the classroom.

The pair’s outstanding leadership was recognized during Brock’s Spring Convocation on Thursday, June 16, when they each received the Board of Trustees Spirit of Brock medal. The honour is awarded to graduates that demonstrate qualities in leadership, courage, innovation, inspiration or community involvement. 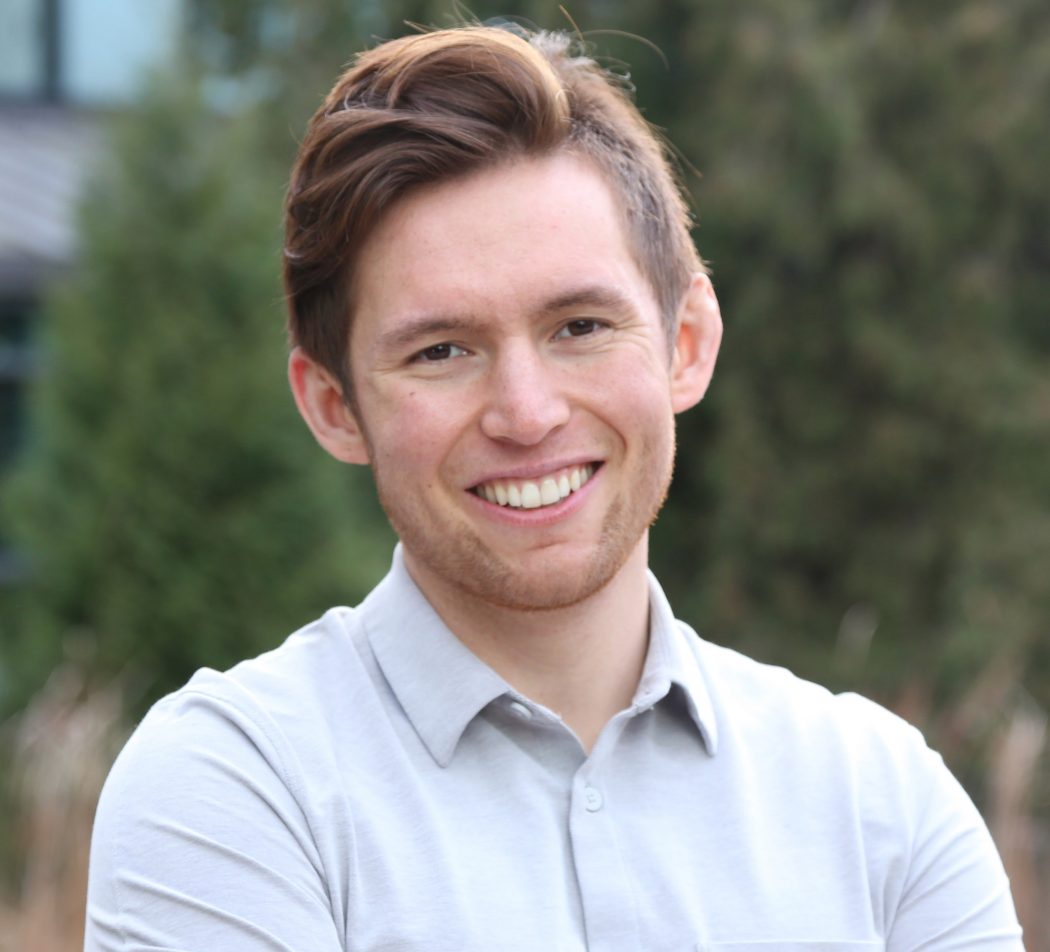 Master of Science in Management graduate Owen Angus-Yamada was named a Board of Trustees Spirit of Brock medal recipient during Spring Convocation on Thursday, June 16.

Shahparast, a Bachelor of Accounting Co-op grad from Brampton, chose to come to Brock mainly due to the leadership opportunities that Goodman offered. While her high school provided the chance to get involved, it was her time at Goodman that helped to elevate her leadership skills.

“The most important part of this entire experience was learning about myself. As time flew by, I needed to cater to knowing who I was first before putting myself out there,” she said. “Over the years, I became more comfortable and got the chance to figure out how I could be an effective leader.”

Her student leadership involvement wasn’t the only place she found success at Brock. Shahparast excelled in her three co-op placements with RSM, where she also took on a campus ambassador role for the firm. In March, she was recognized as Brock’s Co-op Student of the Year.

Currently completing her final semester of Goodman’s Master of Accountancy program, Shahparast plans on writing the CPA’s Common Final Exam this fall before starting a job as an Audit Services Associate at RSM’s Toronto office in January.

When Angus-Yamada began his Master of Science in Management in the organizational studies stream, he knew he wanted to get involved at Goodman while completing his research. 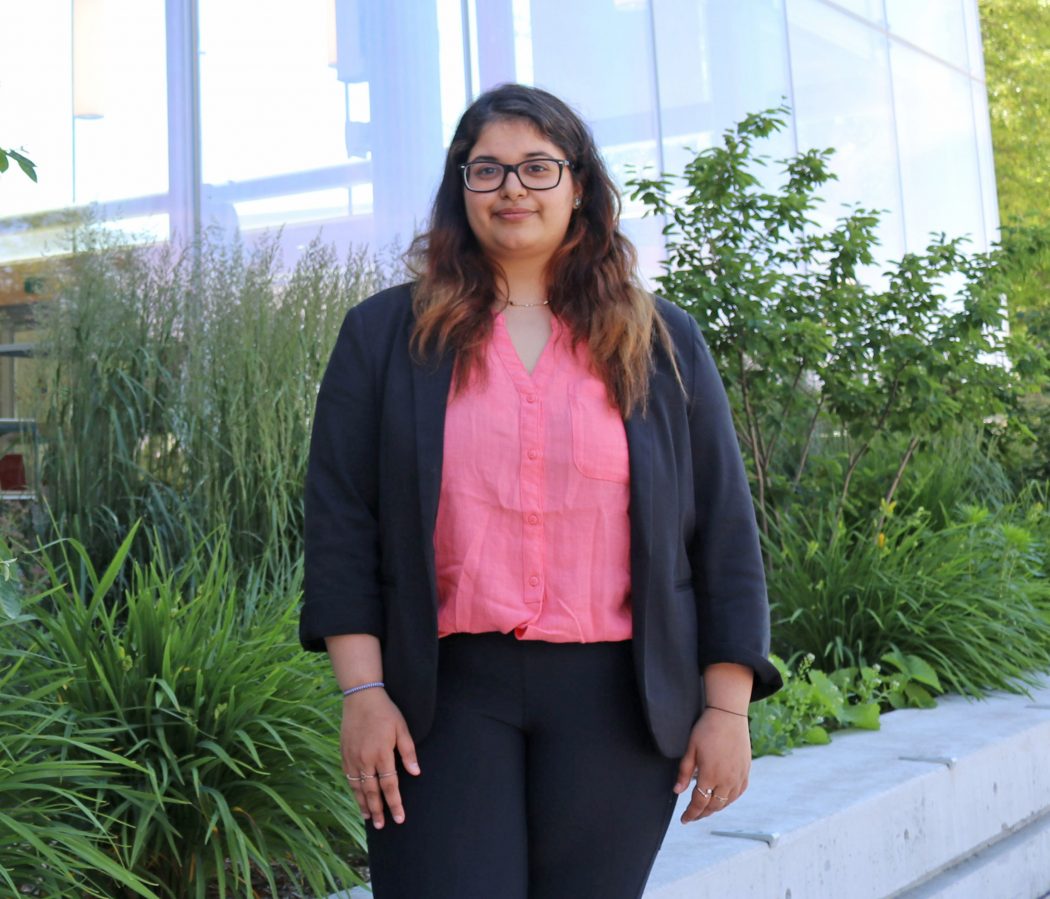 Bachelor of Accounting Co-op graduate Yarnie Shahparast was named a Board of Trustees Spirit of Brock medal recipient during Spring Convocation on Thursday, June 16.

He worked as the vice-president of competitions for the Graduate Business Council, served on Brock’s Graduate Students’ Association Board of Directors, acted as a Goodman Ambassador and worked as a research assistant with Goodman Professors Paul Dunn, Barbara Sainty and Deborah McPhee.

“There’s more to school than the classroom,” Angus-Yamada said. “Meeting and interacting with people on different projects and activities increases the feeling of community.”

As co-captain, he helped lead Goodman’s MBA Games team to a fourth-place overall finish at Canada’s largest collegiate business competition in January. He was also part of the Brock team that won the gold medal at the University of New Mexico’s Global Scaling Challenge.

His advice for other students is to get involved in what you’re interested in.