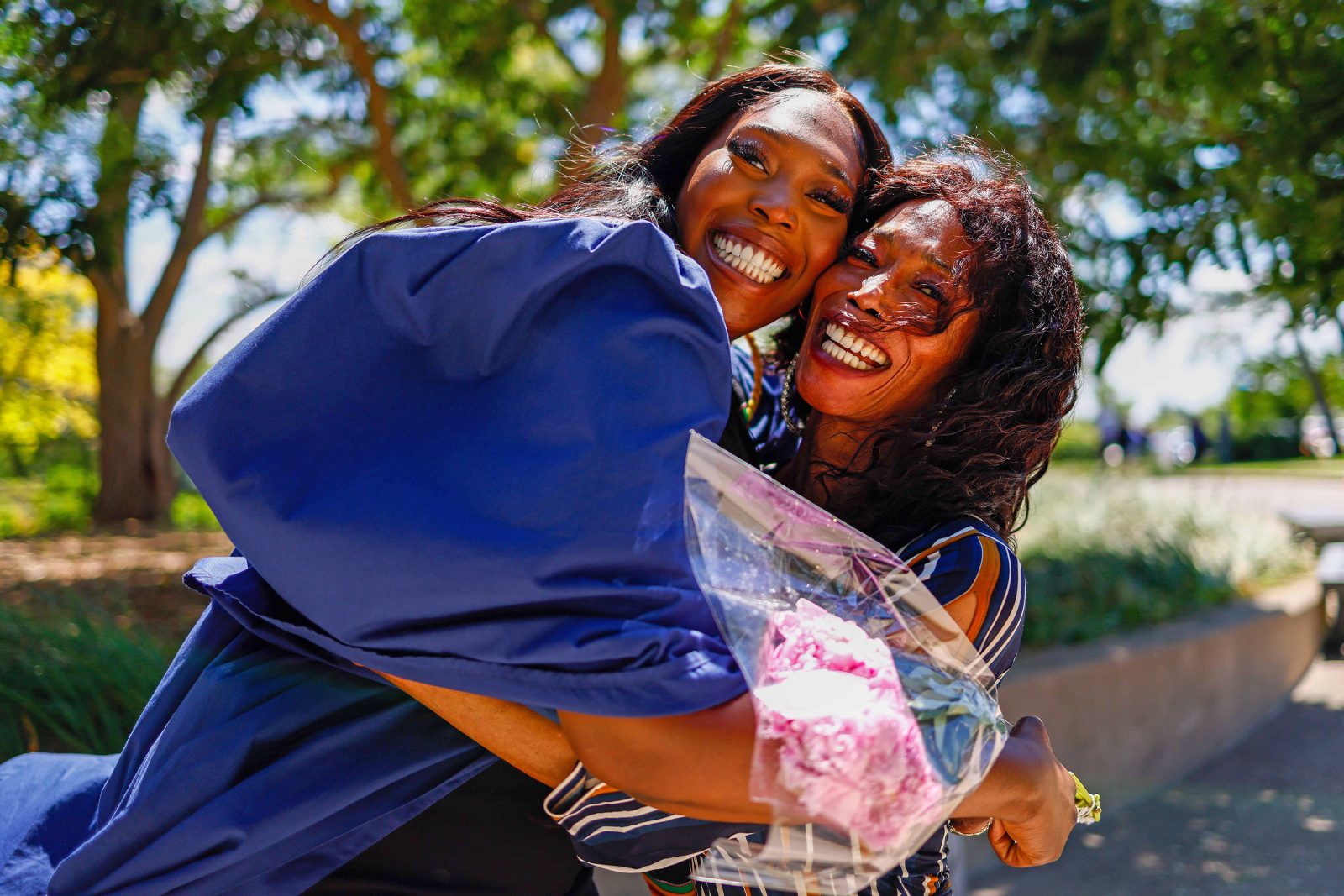 The final of Brock University’s nine Spring Convocation ceremonies was held Friday, June 17, marking the close of the first in-person celebrations in more than two years.

About 400 graduating students from the Faculties of Humanities and Mathematics and Science crossed the stage in Ian Beddis Gymnasium to receive their degrees. It brought to an end a week of Convocation ceremonies at Brock that included 3,500 students graduating across seven Faculties.

“It’s been a wonderful week, watching graduates on campus celebrate with their families and loved ones,” said University Interim President and Vice-Chancellor Lynn Wells. “That is what Convocation is all about.”

The rite of passage, she said, helped to usher each graduate into their next chapter as they begin their career or embark on a new educational journey.

“It’s important to mark those transitions in our lives, those pivotal moments by coming together as a community and celebrating,” Wells said. “We want to ensure our graduates feel properly acknowledged for all the hard work they’ve put into earning their degrees. 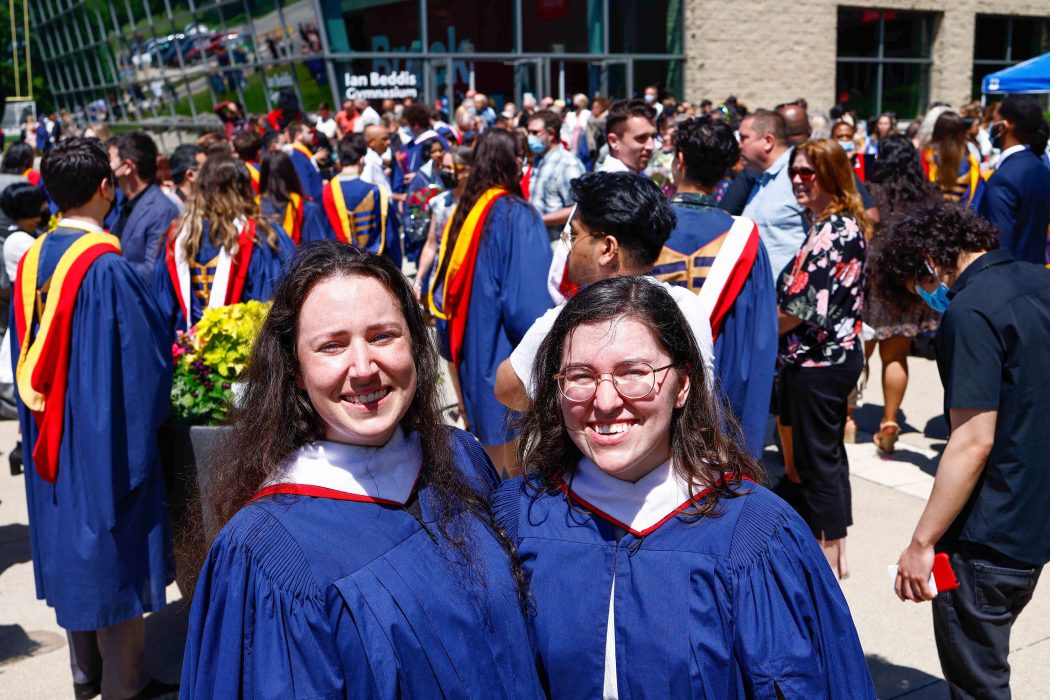 “They have persevered through tough circumstances,” she said, “but they’ve also continued to help the University grow during this challenging time, as have our faculty, staff, alumni, donors and community members.”

Two years into her role as Brock Chancellor, Hilary Pearson was elated by her first in-person Convocation at the University.

“All week, the students have looked so happy to be here. Even through the masks, you can see the excitement in their eyes,” Pearson said. “It has been so wonderful to be a part of.”

She hoped to provide inspiration to Brock’s Class of 2022 through the words of legendary poet Maya Angelou: “Pursue the things you love doing, and then do them so well that people can’t take their eyes off you.”

It was a fitting sentiment for Amirali Madani, who during Friday’s ceremony was awarded one of Brock’s highest academic honours.

Madani was presented the Governor General’s Gold Medal, given to the graduate student with the highest academic average for 2021-22. The 24-year-old international student from Iran, who made it his goal to earn the award as soon as he enrolled at the University, completed his Master of Computer Science with a 97 per cent overall average.

All nine of Brock University’s Spring Convocation ceremonies are available to view online at brocku.ca/livestream