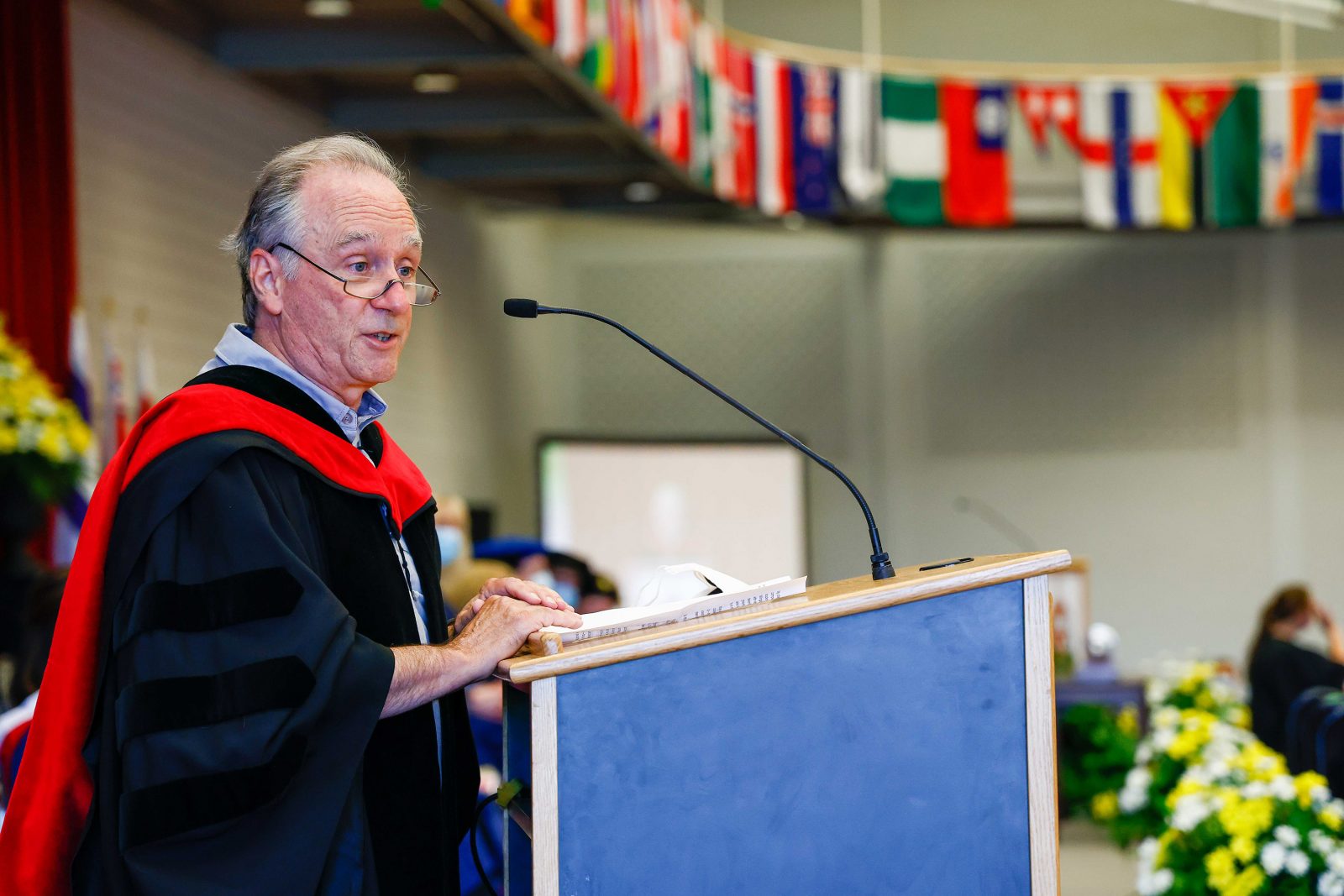 To his students, Rob Alexander is known as the “shoe guy.”

The Associate Professor with the Department of English Language and Literature always begins his first-year course with an unusual assignment. Working in groups, students have to write out instructions on how to tie a shoe in just 250 words.

“Students think it’s simple, but it’s actually a complicated process,” he says. “Someone has to take their shoe off and put it on the table, the group has to come to a consensus on the process and then take their instructions to the next group to test it. The process takes place over two 90-minute classes.”

The assignment exemplifies Alexander’s approach to teaching, which takes students to the boundary of their knowledge and defamiliarizes things they may take for granted.

“It’s a great writing exercise because people have to imagine themselves in the place of the person reading it, which is fundamental in writing,” he says. “They also have to break down a process and explain it in a way that makes sense.”

Alexander’s methods in the classroom saw him recognized as the recipient of the Faculty of Humanities Award for Excellence in Teaching during Brock’s Spring Convocation on Friday, June 17. In addition to being presented the award, Alexander delivered the Humanities Convocation address.

While students may come to his courses thinking they understand the concept of language or a particular genre of writing, Alexander enjoys taking them to the limits of their own understanding, where they can then begin learning.

“I tell students, ‘this is a course where at the end of it you will know less than you did when you came in,’” he says. “What you thought you knew will turn out not to have been knowledge at all but taking something for granted that is really quite complicated and strange.”

The course instills a transferrable way of thinking that can be used to break down and analyze many issues and stereotypes in society. It’s not enough to reproduce genres of writing, he says, but to critically understand them.

“It all comes from the shoe tying,” says Alexander. “It shows the importance of empathy and putting yourself in someone else’s shoes.”

Fostering a sense of discovery and curiosity is central to Alexander’s teaching — and something he embraces for himself. He aims to demonstrate scholarly curiosity, the value of recognizing gaps in one’s knowledge and the excitement of learning something new.

“Like all the best teachers, Professor Rob Alexander bases his pedagogy on curiosity: his own and that of his students,” says Carol Merriam, Dean of the Faculty of Humanities. “His own curiosity drives what and how he teaches, and that of his students leads them, in turn, to places they have never imagined. He really does transform students’ perspectives. He’s known, especially, for his flexibility and nimbleness in the progress of a course, adapting as necessary and appropriate. He treats teaching as a partnership between teacher and learners.”

For Alexander, the reward is in seeing the ideas he has taught come back to him through students’ own intellectual processes.

“You put the idea there, but they’ve done the work,” he says. “It might take the summer or even a year or two later, but you start to see the amazing transformation that takes place over a four-year degree.”