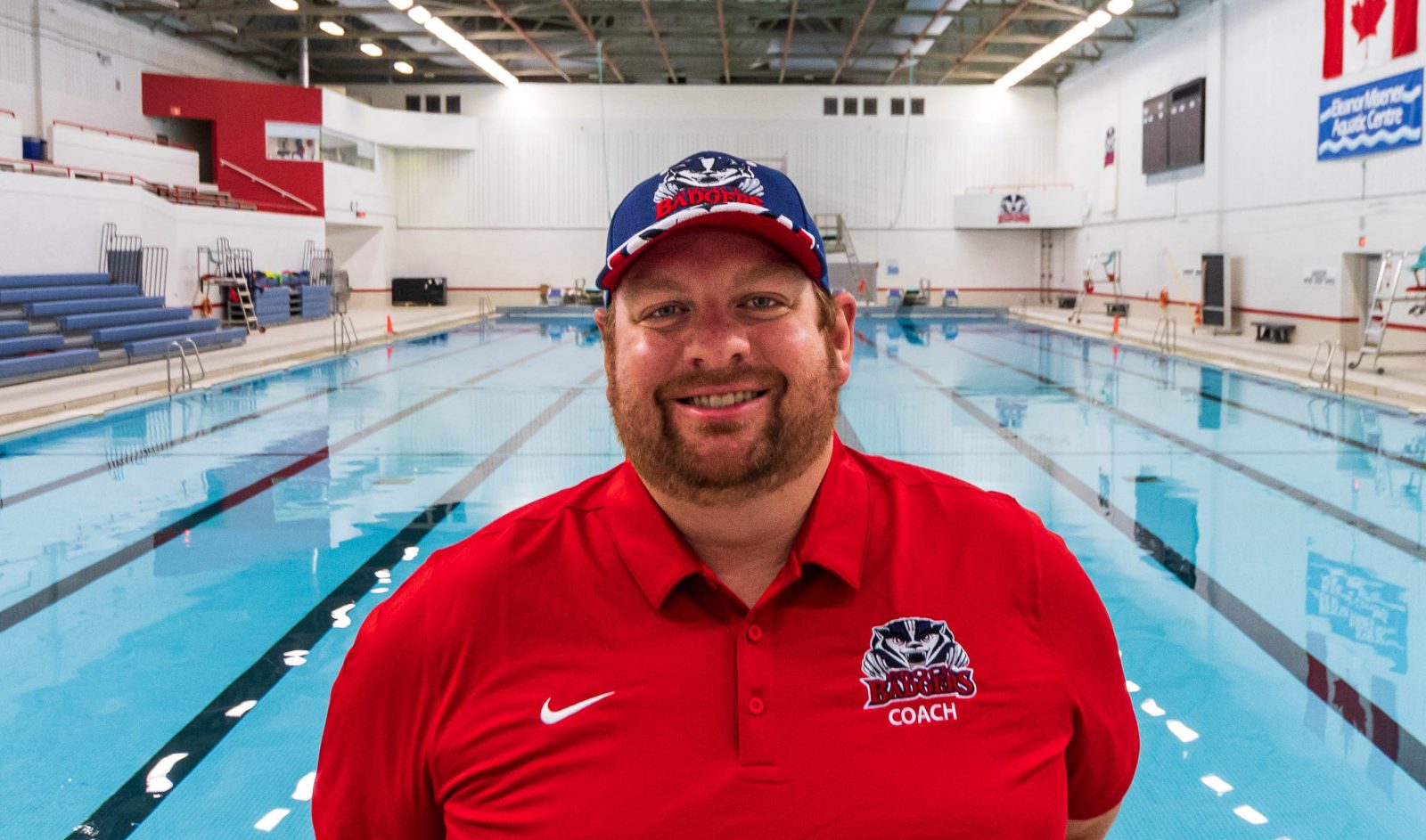 A new skipper has been named to lead the Brock Badgers swimming program and succeed longtime head coach Peter Bradstreet.

David Ling was announced as the varsity swim coach on Monday, June 27. He takes over for Bradstreet, who will retire at the end of July and remain with the Badgers swim team as an assistant coach.

“We are very excited to have David join Brock to lead our high-performance swim program,” said Melissa Krist, Director, Brock Sports. “As a former student-athlete leader, David seeks to enhance the student-athlete experience and shares in our vision and goals for the future of Badgers swimming. He will have the opportunity to build upon the fantastic work Peter Bradstreet has done during his time at Brock.”

A native of St. Catharines, Ling grew up swimming for Bradstreet at Brock Niagara Aquatics. He has coached the Newmarket Stingrays for the past two seasons through the COVID-19 pandemic and previously led the St. John’s Legends Swim Club in Newfoundland for four years. He also served as a coach at the Toronto Swim Club for eight years.

Ling said he’s honoured to build upon the program once led by Bradstreet and founding Badgers swim coach Herb deBray.

“We’re going to work hard, continue to build up the Badgers swimming community and lift the program to new heights,” Ling said. “I chose to come to Brock because this role represents a form of homecoming for me. Peter has had a tremendous influence on my life and career, so it’s an honour to build upon the legacy he and Herb deBray have built at Brock.”

As a student-athlete, Ling competed for the University of Toronto and served as captain of the Varsity Blues for three seasons. He’s a former Academic All-Canadian, five-time Ontario University Athletics (OUA) all-star and recipient of the 2004 OUA Award of Distinction.

Ling participated in the 2000 and 2004 Canadian Olympic Swimming Trials and represented Canada at the 2000 FINA World Open Water Swimming Championships in Hawaii.

“There is no better varsity swimming experience than that offered by the OUA,” Ling said. “I’m looking forward to understanding the goals of my student-athletes and aligning them with the goals of the program, so we can work with each individual as effectively as possible. This season will be a celebration of varsity sports competition and experiences.”