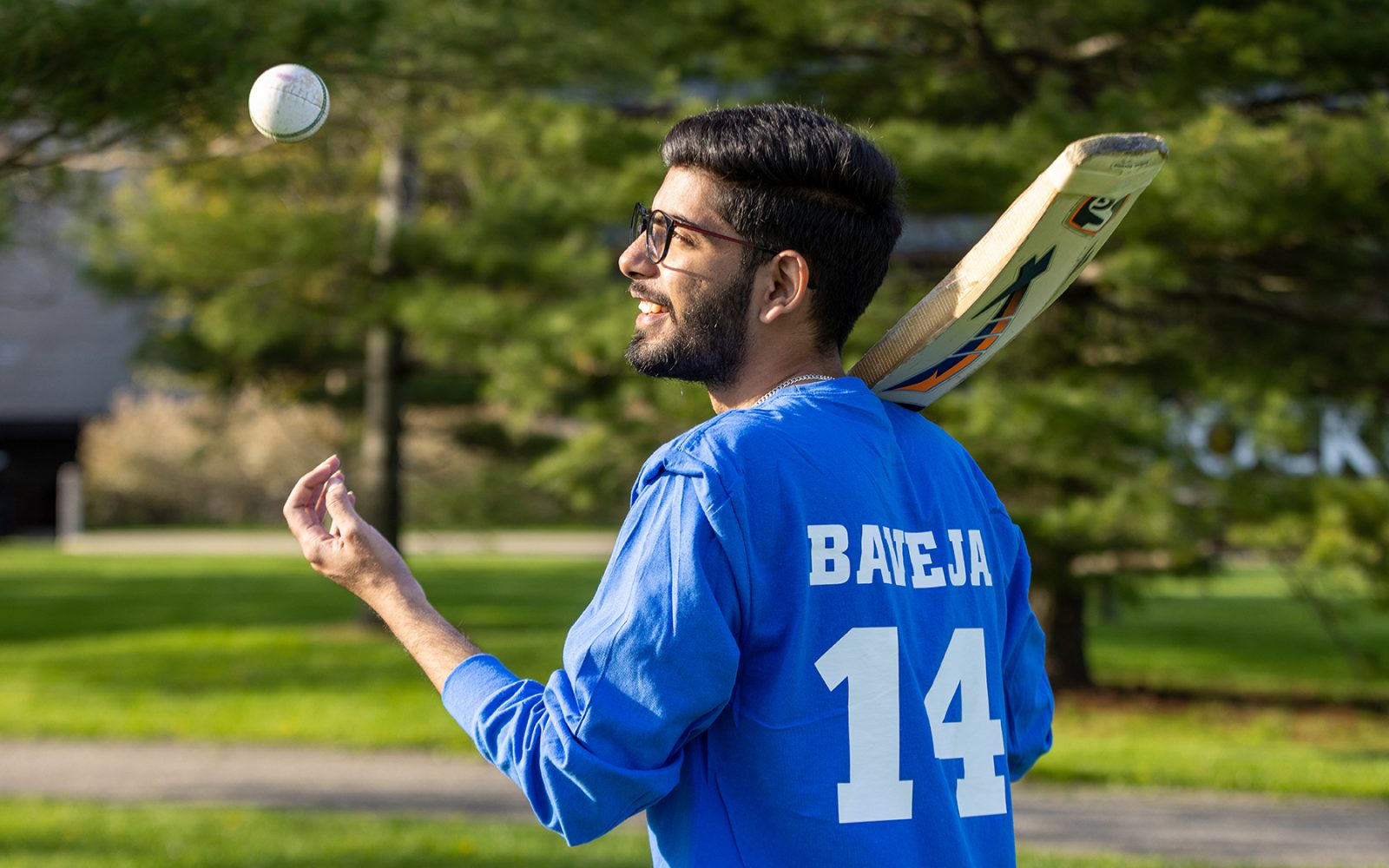 Memories of home are evoked when Brock University international student Harshit Baveja hears the sound of cricket bats cracking and his native language of Hindi spoken.

Cricket is a revelatory sport for many international students at Brock University, which is at the heart of why Baveja is leading the charge to start a cricket club on campus.

“Cricket is part of everyday life for international students. I was shocked to discover Brock didn’t have a competitive cricket team, especially since Ontario is a hub for the sport in Canada,” said Baveja, a Sport Management student from Delhi, India. “I saw this as an opportunity to introduce cricket to the Brock community.”

With the help of Assistant Professor of Sport Management Taylor McKee, Baveja started an Independent Study project around creating a cricket team at Brock. 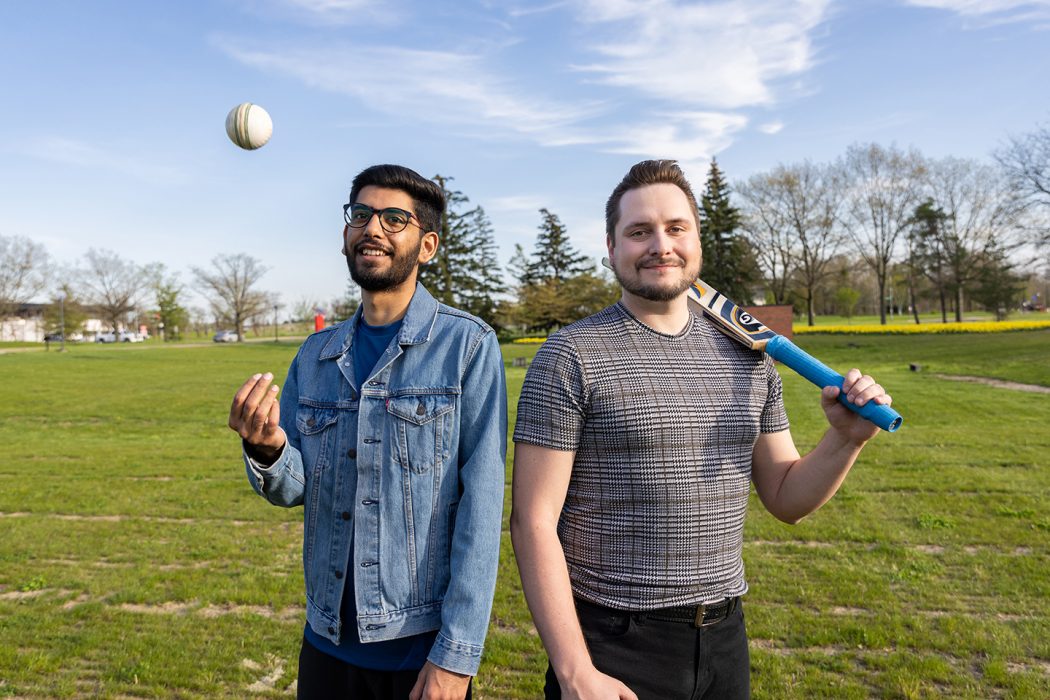 Student Harshit Baveja and Sport Management Assistant Professor Taylor McKee are at the forefront of starting a cricket club on campus.

The project stems from a group of South Asian students who began meeting on a drop-in basis in January. The group, which has grown to 50 players, gathers to play where they can, whether it’s in gyms or during the late evening hours under the glow of parking lot lights.

Energy for the sport was sparked during the Fall Term when the Brock Indian Student Association (ISA) helped organize an intramural cricket tournament on campus.

“I was intrigued by this and joined the ISA immediately, organizing drop-in cricket sessions every Wednesday,” said Baveja. “We still have a long way to go but these small steps helped the potential of bringing cricket as an organized sport to Brock.”

Their goal is to have cricket as a club sport on campus in time to compete in Canadian College and University Cricket this fall.

The group is inviting the community to a fundraiser match at the Niagara Cricket Club in Thorold on Wednesday, May 18 at 1:30 p.m. to support the purchase of equipment and cover registration costs for tournaments next season.

The contest is billed as a mock friendly between Indian- and Pakistan-born players, which is unique as both countries do not traditionally compete against each other due to political reasons.

McKee said that during a drop-in session earlier this year, players explained to him that the first time they played alongside Pakistani or Indian players was when they arrived at Brock.

“Canadian sports fans inherently understand the rivalry in hockey. Imagine if Canada played the United States once every couple of years,” McKee said. “What is so unique to cricket is the rivalry between India and Pakistan is enhanced by the scarcity of their meetings.”

Baveja and his fellow cricketers are aiming for a stadium-like atmosphere with live commentary, snacks and music.

“As an Indian, and I’m sure my Pakistani friends would agree, being a part of such a special cricket game is a dream scenario. We grew up glued to watching these matches,” Baveja said. “At the end of the day, we all want to see cricket be the winner. No matter the intensity on the field, we are all close friends and would enjoy playing together to represent Brock in future inter-university tournaments.”