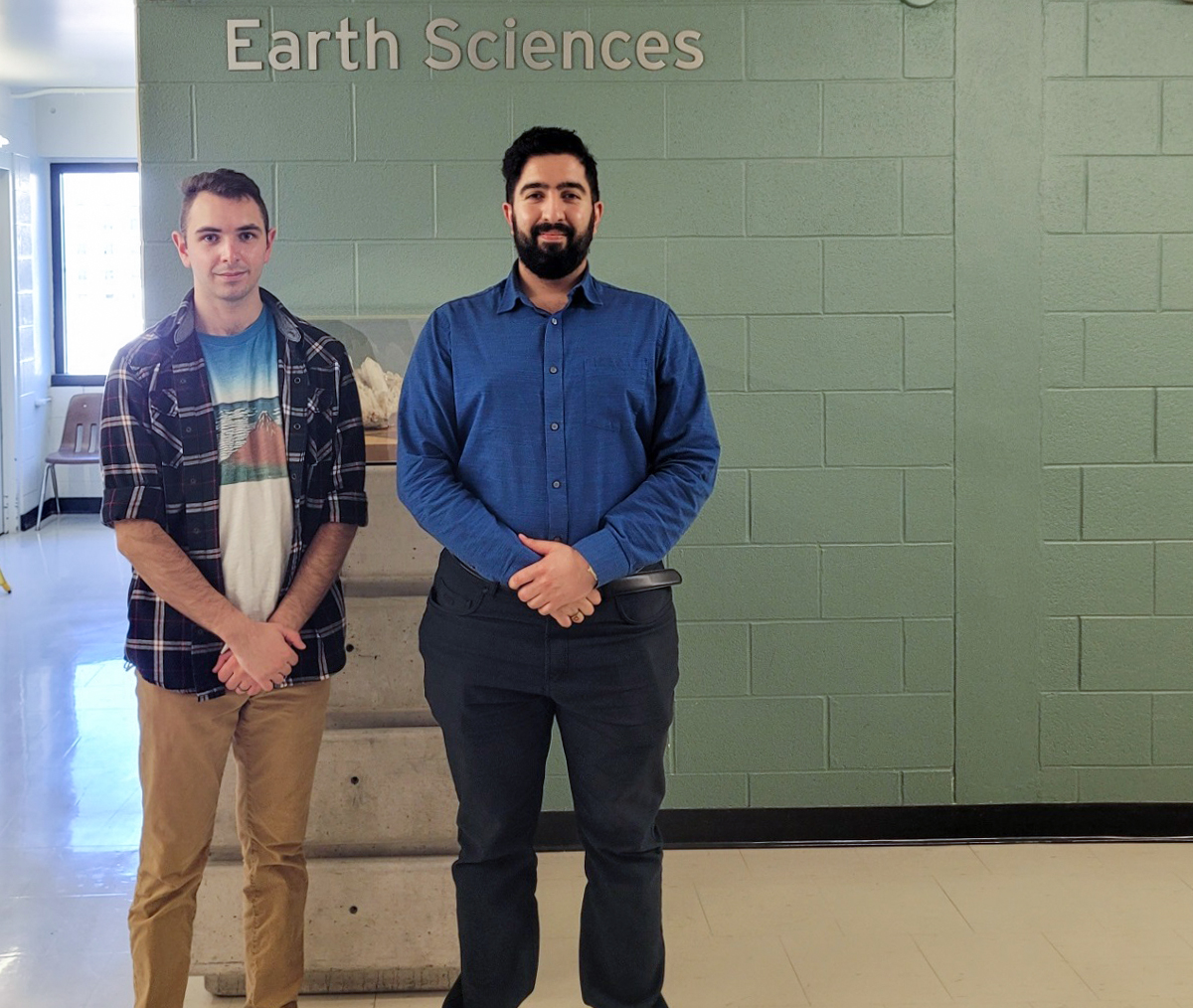 New Brock University research suggests temperatures in Niagara are rising at a faster pace than predicted by global modelling.

Recent work by Earth Sciences master’s students Pierre Simiganoschi and Nima Vaez-zadeh Asadi, along with Professor Uwe Brand, delves into the effects of climate change in the Niagara region.

For their research, Simiganoschi and Vaez-zadeh Asadi used more than two million data points from 36 weather and climate recording stations distributed throughout Niagara — and dating back to the late 1900s — to create a timeline that demonstrates sustained changes in local temperature and weather patterns.

“We wanted to find out how close the region is to a tipping point,” said Vaez-zadeh Asadi. “If temperature and precipitation trends continue to rise, will there be a time the effects are irreversible?”

Their research uncovered a number of trends, including increasing temperature and increases in precipitation in the form of rain or snow.

“The trends are intensified from their proximity to either Lake Ontario or Lake Erie, which can create a ‘lake-effect,’ a meteorological phenomenon in which warm, moist air rising from a body of water mixes with cold dry air overhead resulting in precipitation,” Simiganoschi said.

“It is important to note that people usually consider global warming or climate change as one measurement. It is actually a combination of both global sea surface temperature and global land temperature,” he added.

The Niagara region has an interesting geographic layout due to its proximity to two of the Great Lakes and the Niagara Escarpment. The interplay between sea surface temperature and land temperature is often more pronounced because the area is sandwiched between these geographic features.

To analyze the data, the team subdivided the Niagara region into three tiers based on latitude.

The northern tier extends from Lake Ontario down to the escarpment, covering most of the agricultural and wine areas. The central tier includes areas such as Welland, Pelham and Niagara Falls. The southern tier section extends up to 10 kilometres north from Lake Erie.

All three latitude tiers show average annual temperatures increasing, and, across the region, precipitation has been on an upwards trend.

While the projected temperature change from 1900 to 2050 for the entire region is similar to the global land temperature data for the same period, this is no longer the case when considering temperature trends for the three regional tiers, suggesting that global and local climate change trends do not necessarily equate.

“We project that the increase in average annual temperature for the region will reach 1.8°C by the year 2050,” said Vaez-zadeh Asadi.

“Understanding temperature and precipitation trends are crucial for farmers and wineries because, based on this data, they can take the best course of action to adapt to the changing climate in the region,” said Simiganoschi.

For instance, wineries can start considering which strains of grapes may be more suitable to the environmental change induced by increasing temperatures. They might get a strain more resistant to heat if summers are warmer or drier, or a strain resistant to wetter conditions.

Using the data, local farmers of crops such as peaches or cherries can start preparing to deal with potential droughts or wetter conditions by investing in appropriate infrastructure or planting methods. In both instances, early preparations can avoid disaster scenarios or lead to better yields.

More details on the research can be found on Brock’s Earth Sciences website.