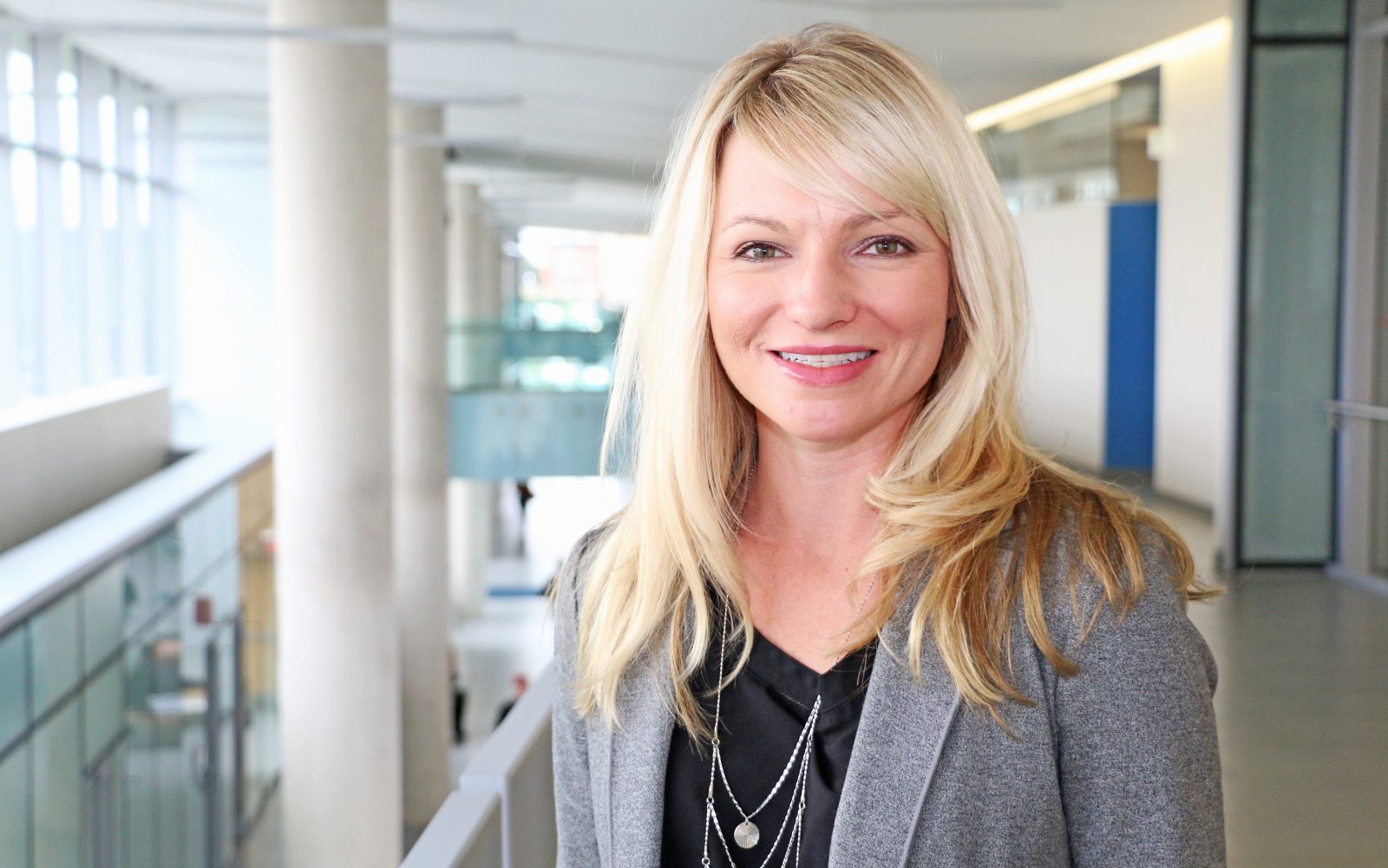 Brock University Associate Professor Kendra Thomson in the Department of Applied Disability Studies is the recipient of the 2022 Jerry Shook Award from the Association of Professional Behavior Analysts.

Kendra Thomson has been internationally recognized for her extensive contributions to enhancing the credentialing of applied behaviour analysts in Ontario.

The Associate Professor in Brock’s Department of Applied Disability Studies was presented with the 2022 Jerry Shook Award by the Association of Professional Behavior Analysts (APBA) during the organization’s annual convention in March.

Named for the founder of the Behavior Analyst Certification Board (BACB), the Jerry Shook Award is presented to honour concrete and notable accomplishments in advancing sound professional credentials in the practice of applied behaviour analysis (ABA).

Thomson says she was “incredibly honoured and humbled” to learn that she would receive the award.

“Certainly, the people who have received the award in the past are people I look up to immensely,” says Thomson. “Jerry Shook was a very passionate person dedicated to the field, so receiving an award in his name means a lot to me.”

Thomson is also a Clinician Scientist at the Azrieli Adult Neurodevelopmental Centre at the Centre for Addiction and Mental Health (CAMH) and former President of the Ontario Association for Applied Behavior Analysis (ONTABA). She has worked with stakeholders for years to develop a licensing process for ABA practitioners specific to Ontario.

The development of ABA graduate programs in Ontario — of which Brock’s was the first in 2006 — has built capacity of practitioners certified through the BACB. Now, in addition to certification, practitioners will be regulated as part of the College of Psychologists, which will become the College of Psychologists and Behavior Analysts, for which Thomson currently serves as a member of a Working Group developing registration requirements.

As a result, those seeking the services of a behaviour analyst in Ontario can be assured of minimum training and a formalized complaint process, among other benefits.

At the award presentation, Thomson spoke about the path to regulation in Ontario, including Shook’s early involvement in the decades-long effort.

“Part of the reason I chose to present the talk was to highlight just how many people have been involved in this process in Ontario for so long,” says Thomson. “It’s really been a very time-consuming volunteer effort for about 30 years, so I just thought it was a good opportunity to share that story.”

Gina Green, CEO of the APBA, says Thomson’s address “hit all the right notes” and her nomination stood out because of the multiple ways in which she has continued Shook’s legacy.

“In addition to all the work she’s done with ONTABA, which has brought them to the point that they are now going to have provincial regulation, she also trains practitioners to attain their professional credentials in our field through her work at Brock,” says Green. “That was the basis on which the Awards Committee recommended that she be this year’s recipient to the Board of Directors, who gave unanimous approval.”

“Due in no small part to Dr. Thomson’s tremendous effort and leadership over the past  six years, the Government of Ontario recently passed preliminary legislation that would write the full, public regulation of behaviour analysts as Regulated Health Professionals into law,” he says. “I sincerely believe that Dr. Thomson’s commitment to the field is consistent with Dr. Shook’s vision for the profession and APBA’s mission, values and positions.”

Assistant Professor Julie Koudys describes Thomson’s efforts as “tireless advocacy for the safe, professional and ethical delivery of behaviour analytic services in Ontario.” These efforts, she adds, will result in visible local impact for the communities served by ABA.

Associate Professor Rosemary Condillac, Chair of the Department of Applied Disability Studies, had a long association with Shook, who supported the development of the ABA graduate program at Brock.

“Jerry Shook was a colleague, an ally and a friend who was a strong advocate for our service recipients and our field in Ontario,” says Condillac. “I could not be more proud to see Dr. Thomson receive this award in his name, as her advocacy, teaching, mentorship and commitment to her students and to the field of ABA is truly exemplary.”