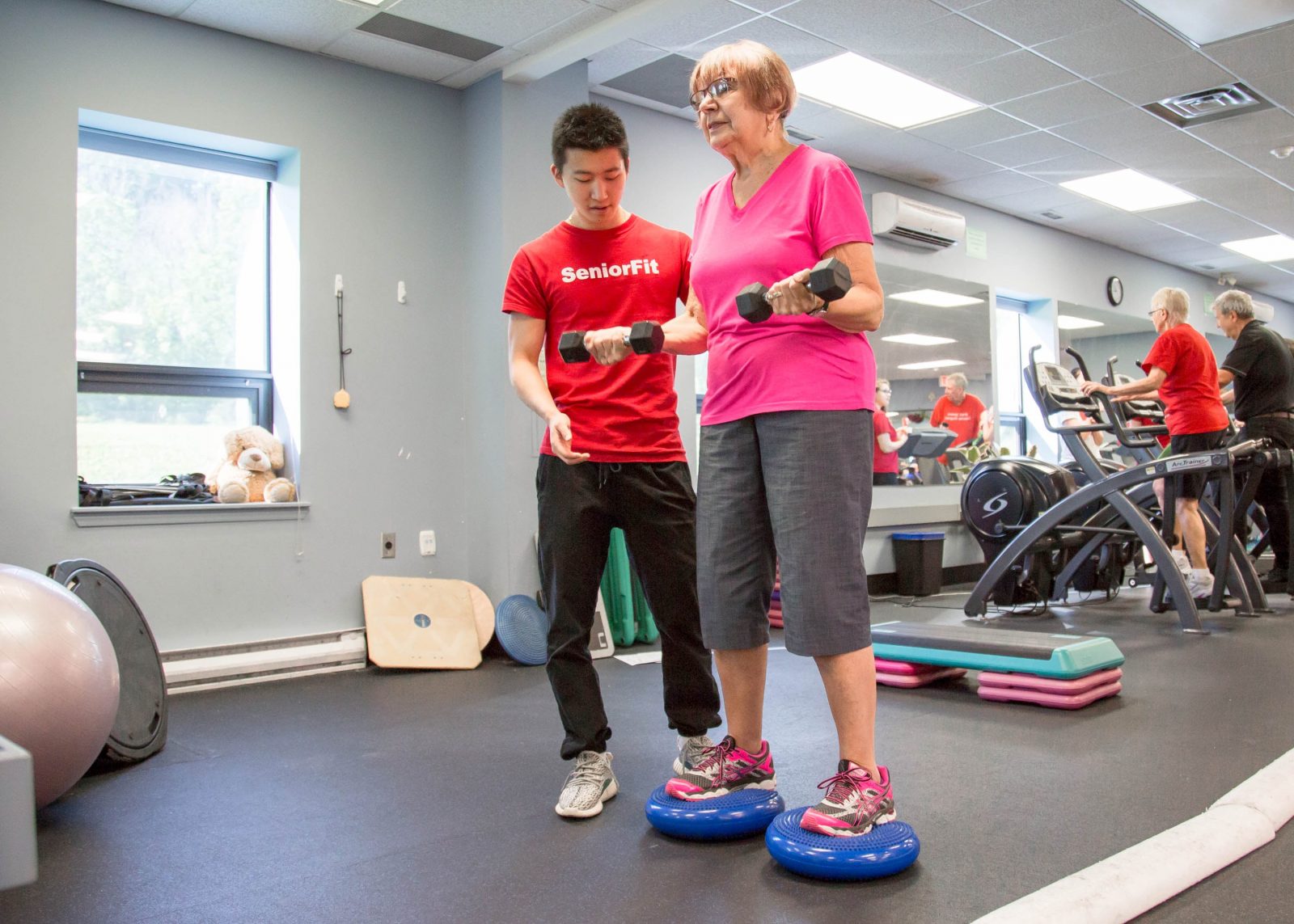 A Brock University Kinesiology student works with a senior in the Brock-Niagara Centre for Health and Well-Being in this file photo taken prior to the start of the pandemic.

Brock University has once again ranked among the Top 100 universities in the world for its Sport Management and Kinesiology programs.

In the recently released QS University World Rankings on sports-related subjects, Brock was ranked among the Top 100 in the world and among the Top 9 in Canada.

“Brock has long been a leader in the field of sport science, so it’s deeply gratifying to see this reflected in these global rankings,” says Peter Tiidus, Dean of the Faculty of Applied Health Sciences. “Our outstanding faculty conduct world-leading research, and have a deep commitment to innovative, experiential learning and hands-on education. They deserve full credit for the continued high rankings of these programs.”

The QS University World Rankings compare up to 550 institutions around the world in each category and rank them based on things such as academic reputation, employer reputation and research citations per paper.

“These are fantastic results that put a well-deserved spotlight on Brock on the international stage,” says Lynn Wells, Interim President and Vice-Chancellor. “Congratulations to the faculty, staff and students who have worked so hard to make Brock the sport science leader it is today.”

Students are encouraged to participate in this year’s Maclean’s magazine survey, which collects opinions and insights about their institution for the publication’s annual University Rankings issue.

Earlier this year, Brock scored high marks in a national report on research funding, placing first among 21 universities in its category for corporate research income growth.