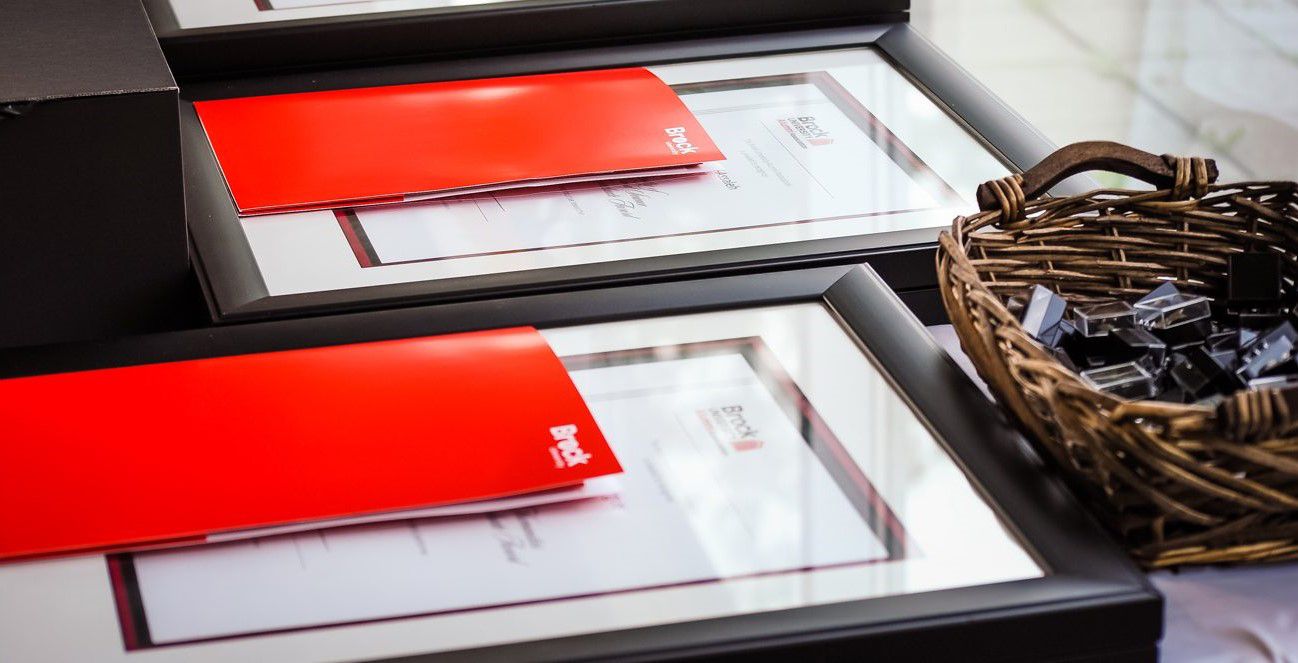 Through its alumni awards program, the Brock University Alumni Association honours a handful of graduates each year for their outstanding accomplishments.

Time is running out to nominate Brock graduates for this year’s distinguished alumni awards.

Each year, the Brock University Alumni Association (BUAA) celebrates and recognizes alumni excellence in a variety of categories related to personal, professional and community-based accomplishments.

Members of the Brock community are encouraged to submit their nominations online by Thursday, March 31 to be considered for this year’s awards. Award nominations are reviewed and endorsed by the BUAA Recognition of Excellence Committee.

Nominations are open for the following alumni awards:

Distinguished Alumni Award: Honours a Brock University graduate who has earned prominence due to their exceptional professional achievements and/or service to society.

Distinguished Faculty Graduate Awards: Recognizes an individual graduate from each Faculty who has earned prominence as a result of their exceptional professional achievements and/or service to society. Award recipients are selected by each Faculty Dean.

Outstanding Young Alumni Award: Recognizes a Brock University graduate under 35 years of age in the first decade of their career who has made a significant impact in their chosen field.

Community Engagement Award: Recognizes a Brock graduate who has made outstanding contributions to their community and, in doing so, has enriched the lives of others.

David Betzner Award: Recognizes a Brock graduate who has demonstrated loyalty and commitment to their alma mater by supporting Brock University and/or the BUAA through continuous, dedicated volunteer service.