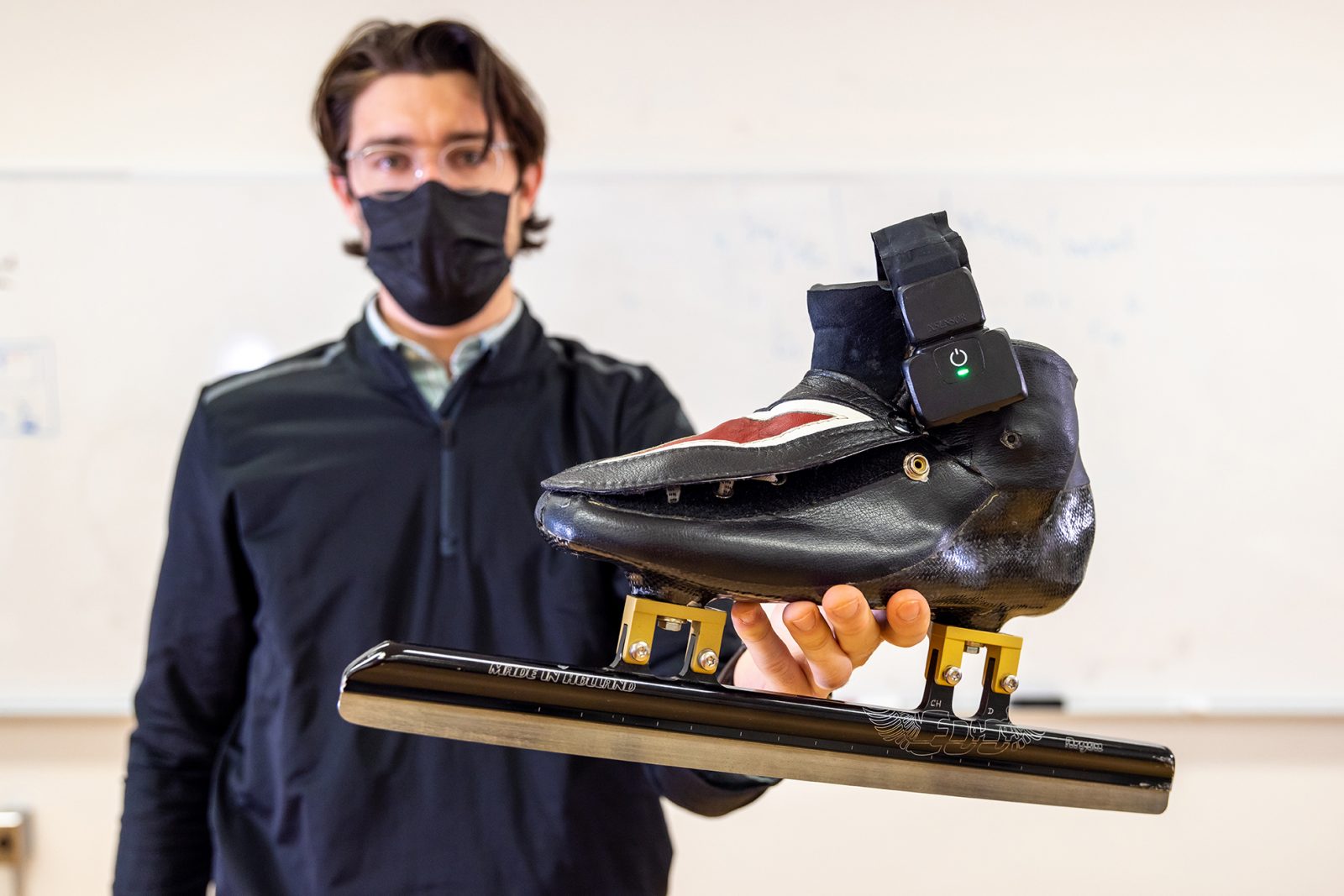 Professor of Kinesiology Kelly Lockwood and PhD candidates Colin Dunne and Tiffany Hsu are working with kinetic data from inside the skates of Speed Skating Canada’s long- and short-track speed skaters.

Lockwood and the team are working with XSENSOR Technology Corporation, a Calgary-based company specializing in Intelligent Dynamic Sensing (IDS) that designs and develops Intelligent Insoles that measure plantar pressure — the distribution of force over the sole of the foot — for in-shoe data collection. This research is XSENSOR’s inaugural application to in-skate data collection.

This new age of instrumentation provides real-time data to researchers, coaches and training staff to inform skate setup in concert with skating mechanics and racing strategies to improve racing performance.

“This cutting-edge technology allows us to overcome one of the hurdles of collecting data in the field of applied sport sciences,” Lockwood said. “It allows us to quantify the contribution of equipment to athlete performance in real-world performance arenas.” 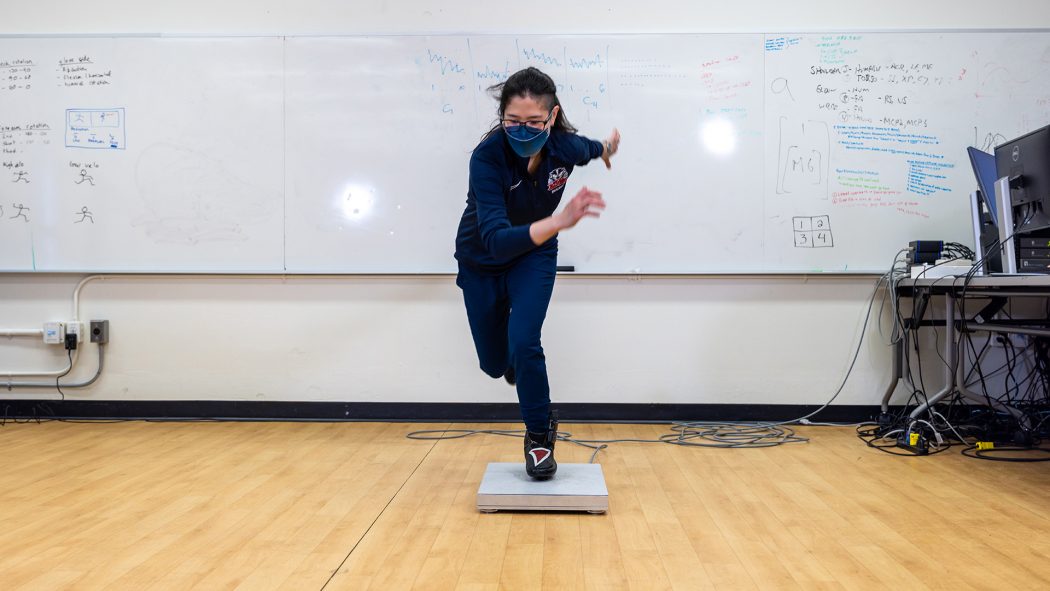 The in-skate insoles allow the collection of data when an athlete is performing in their sports arena, including their ability to generate force, the distribution and application of pressure, and how skate setup affects specific racing skills, such as starts, corners and straights.

Lockwood’s research on the contribution of equipment to sport performance has the potential to contribute to athlete performance in gliding and sliding sports.

Funded by Mitacs, the project includes multi-centre, multi-year research to thoroughly explore the contribution of equipment to athlete performance.

Lockwood said collectively, all parties involved make up a research team to be reckoned with.

“I think the research team we’ve put together for the project is significant,” she said. “It’s a powerful team of researchers, high-performance practitioners and industry partners who conduct applied sport science research and have a direct link to both industry and the practice of sport.”

To start the project, Dunne and Hsu validated in-skate insole pressure distribution data against the gold standard force plate for ground reaction force data, allowing the research team to ultimately take the technology, and testing, to the ice.

In the second phase of the study, researchers and technicians built a database of the unique speed skate configurations that athletes have used in competition.

“We’re looking for that optimal skate setup for each athlete and each event, understanding that equipment customization can be influenced by gender, height and weight, physiological preparedness, ability and technical skill set and preference,” Lockwood said. “We then merge these data with performance times to address the question, what are the fastest skaters skating on?”