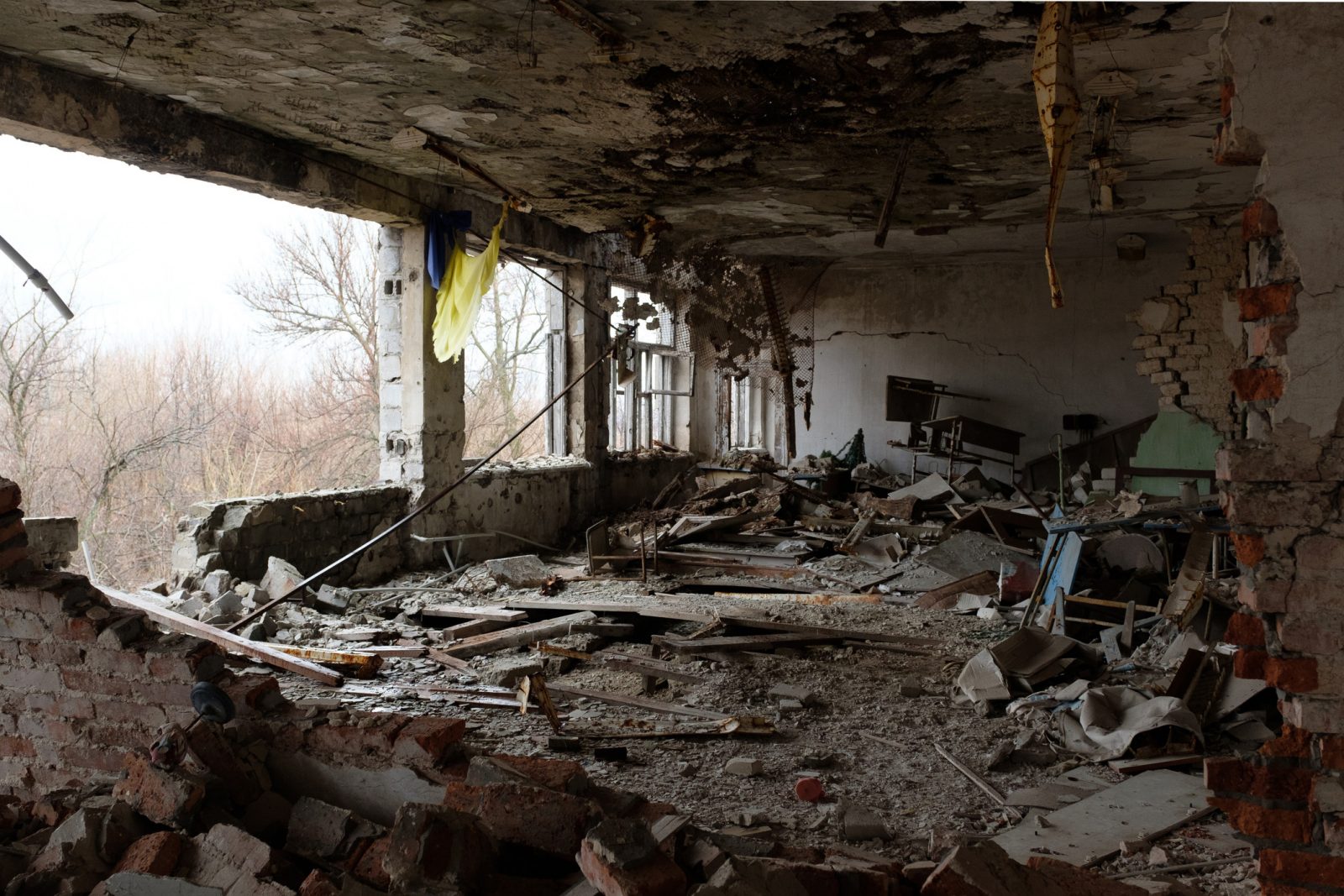 A bombed-out school in the village of Opytne in Ukraine’s Donetsk region.

To what extent is the war against Ukraine a reflection of Russian President Vladimir Putin’s personality? A great deal, say Brock University experts Michael Ashton and Tony Volk.

“The war is a really striking sign that Putin is a ruthless person with an indifference to mass civilian casualties, as we saw during the Chechen war in Grozny, more recently in Syria and now throughout Ukraine,” says Ashton, a Professor of Psychology. “The suffering of ordinary people is just not a consideration for him; it’s all about achieving his goals.”

Ashton notes how Putin’s persona has flipped in recent days from being a poker-faced, “prudent, calculated type of risk taker” to a more “reckless gambler” who has badly misjudged the consequences of his latest actions.

Ashton is the co-creator of a personality inventory scale called HEXACO, which measures six major dimensions of personality.

He discusses details of the scale and its implications in a book he co-authored, The H Factor of Personality: Why Some People are Manipulative, Self-Entitled, Materialistic, and Exploitive—And Why It Matters for Everyone.

According to the HEXACO scale, Putin would score particularly low in the “Honesty-Humility” and “Emotionality” categories, says Ashton.

“People who combine low Honesty-Humility with low Emotionality are cold and callous; they don’t feel much empathy or pity, being unmoved by the suffering of others,” he says. “They also have more greed than fear, being willing to take chances in pursuit of wealth and power.”

Brock Professor of Child and Youth Studies Tony Volk has been studying bullying in children and adults for almost 20 years.

“Watching the situation in Ukraine unfold, I can’t help but see Russian President Vladimir Putin as a classic schoolyard bully, albeit with access to nuclear weapons,” says Volk in a recent Toronto Star opinion piece.

He likens Putin’s invasion to a student bullying another for lunch money. In that case, the bully weighs the risk of being detained by the teacher to the benefit gained by their action: a free lunch.

“Putin has determined that seizing Ukraine is worth the economic sanctions imposed by the global community,” says Volk.

Also, like the school bully, Putin has targeted a relatively weak victim; those who would step up to defend the one being bullied, in this case, NATO, is still monitoring the situation, says Volk.

“Bullying rarely stops on its own. It almost always ends in one of two ways: either the bully realizes the benefits of co-operation, or someone stops the bully,” he says.

But just like in the schoolyard, there may be high costs to stopping the bully, says Volk, and in this case that means the possibility of cyberattacks or even nuclear warfare.

Volk and his research team define bullying as “aggressive, goal-directed behaviour that harms another within the context of a power imbalance.”

He says that if Putin is a selfish and cold but calculating bully, then strong economic sanctions against Russia should help make the consequences of Putin’s war greater than the benefits he’ll receive by waging war.

“What remains to be seen is how much his ego weighs into these calculations, in which innocent lives will pay the balance,” says Volk.