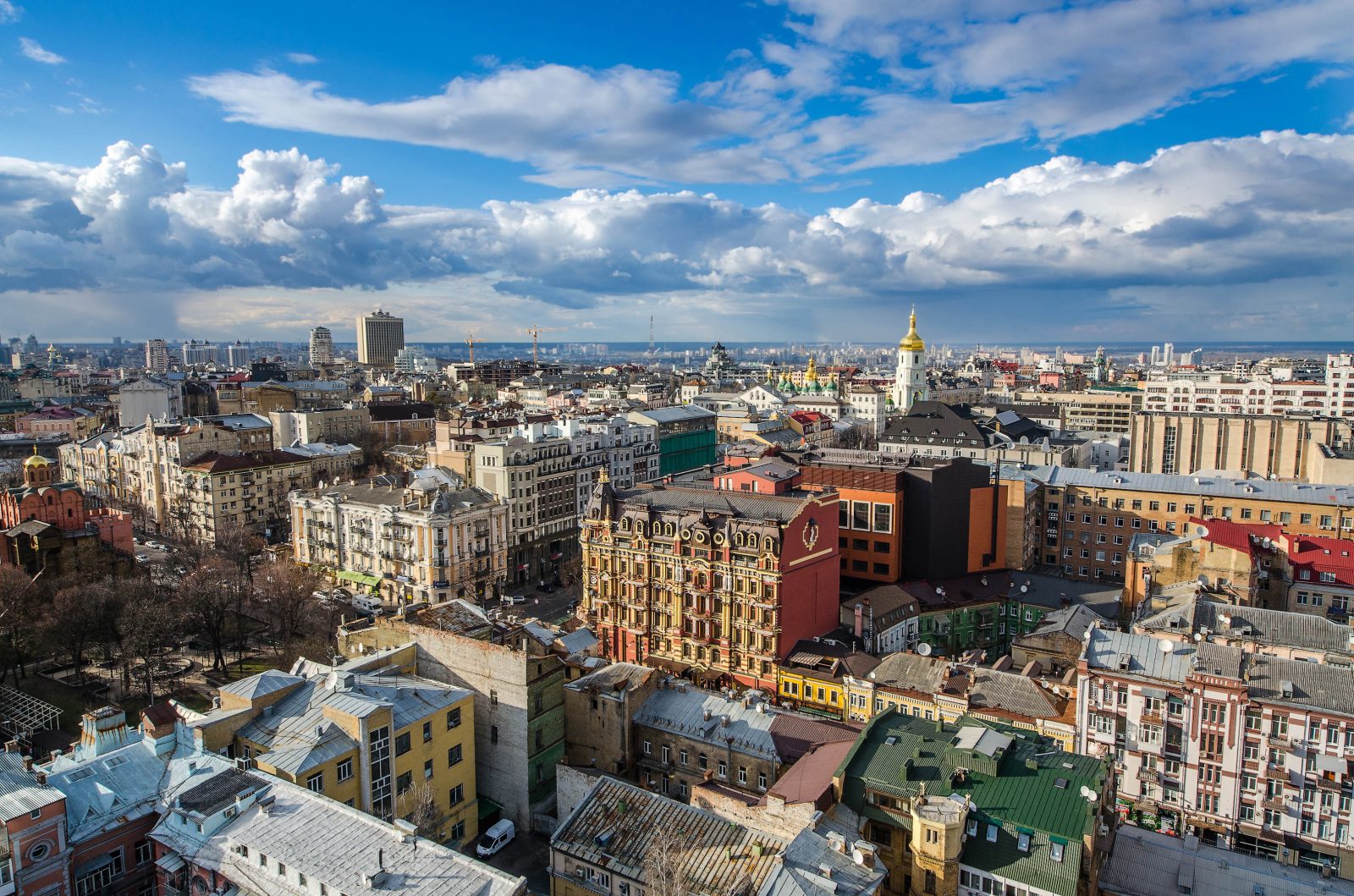 Explosions were reported across Ukraine, including around the capital, Kyiv, when Russian forces invaded Thursday, Feb. 24. Russia’s reasoning for the attack is complicated by its relationship to NATO and how it perceives ideas of sovereignty, says Brock Associate Professor of History Gregor Kranjc.

As world leaders responded to Russia’s audacious invasion of Ukraine Thursday, Feb. 24, a Brock University expert on war, genocide and military occupations says Russian President Vladimir Putin is operating under his own set of rules.

“The Russian view of the world is not our view,” says Gregor Kranjc, Associate Professor with the Department of History. “It doesn’t view the principles that we think we all agree on, like sovereignty, the same as we do.”

While there is an imperial dimension to Putin’s rhetoric, the current events go beyond his need to salvage something from the collapse of the Soviet Union in the 1990s.

“Russia went through one of the most drastic drops in economics and standard of living in peace time,” says Kranjc. “Putin saw, in his view, the decline of Russian prestige and power. Ever since he has come to power, part of his image has been to project himself as a strong leader who is going to regain the prestige of Russia.”

In 1975, the Soviet Union and other European states signed the Helsinki Accords, which promised that territorial sovereignty will not be challenged and that other countries cannot interfere internally with another state.

He says Putin sees Ukraine as a colony of the west that needs to brought back into the Russian fold.

Russia’s reasoning for the invasion is further complicated by the country’s relationship with the North Atlantic Treaty Organization (NATO).

From the Russian perspective, NATO is a threat, as it has extended its alliance into territories that had previously been influenced by Russia, Kranjc says.

“They do not see it as a defense organization; They see it as a threatening organization,” he says. “From the Russian perspective, NATO is approaching them and is encircling them.”

When East Germany rejoined West Germany in 1990, there were assurances not to enlarge NATO to the east or to destabilize Russian influence in any way; However, central and eastern European countries and the Baltic states went on to join NATO in the 1990s and 2000s. The Euromaidan, a wave of demonstrations in 2014, further pulled Ukraine into western influence.

Putin is also exploiting legitimate grievances of Ukraine’s Russian minority, such as Ukraine’s language laws in 2019 that gave precedence to the Ukrainian language and limited the teaching of Russian in schools, to justify their invasion, says Kranjc.

“Putin is using the language of genocide to describe what is happening to the Russian minorities,” he says. “He is using this language as a pretext to go in and ‘defend’ Russians.”

Kranjc sees parallels between what is happening now and what happened in Czechoslovakia in 1938 and 1968, Hungary in 1956, as well as the former Yugoslavia.

“When you invade a country, you end up radicalizing people. Wars force you to choose a side,” says Kranjc. “It is really a watershed moment in European history. This is a full invasion of a sovereign state.”

Kranjc’s research interests include war and society, with a focus on ethnic and religious minorities in Central Europe and the Balkans. He teaches courses on the history of terrorism, genocide and military occupations. Prior to coming to Brock, Kranjc worked in the Crimes Against Humanity and War Crimes section of the Canadian Department of Justice.