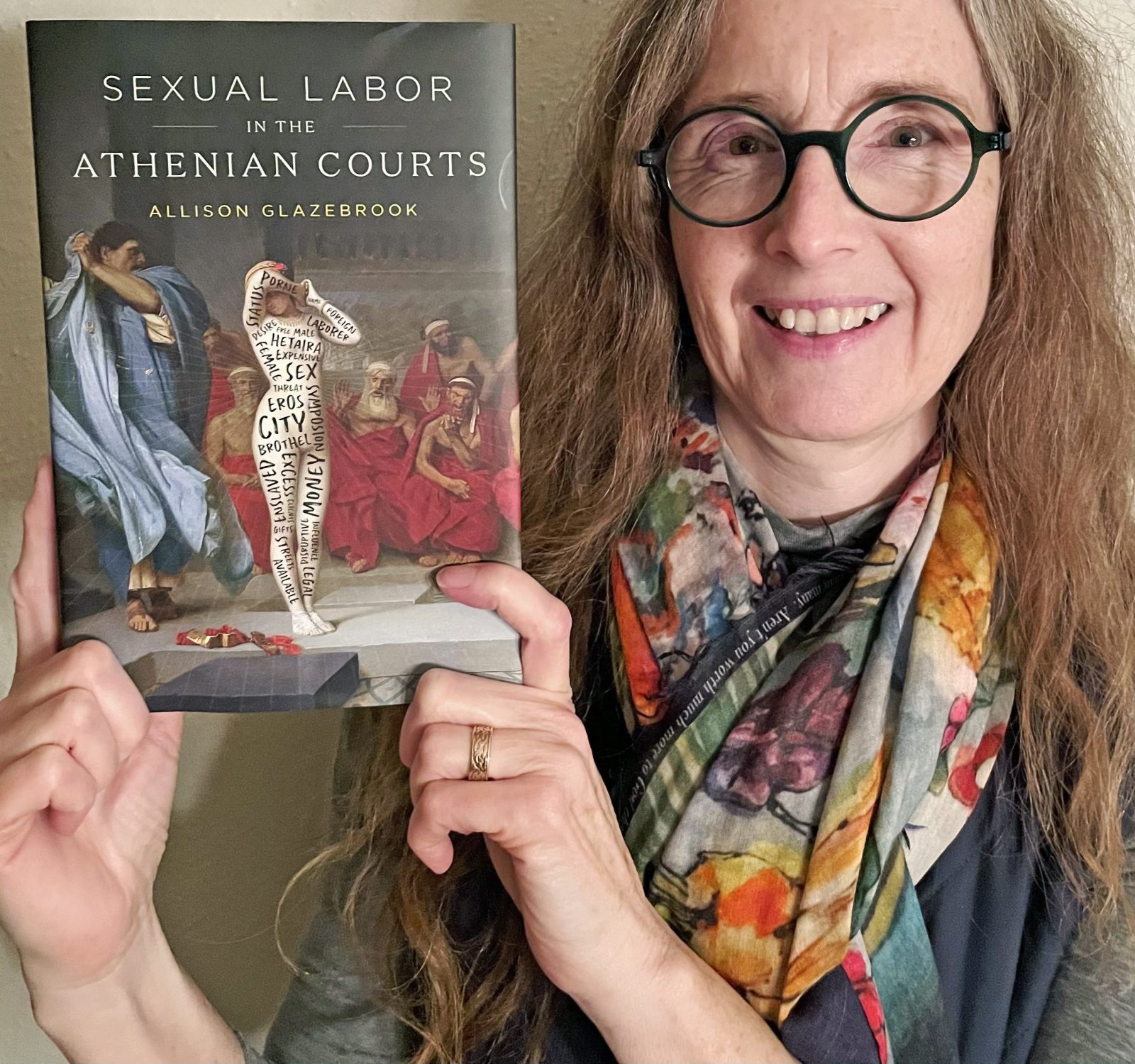 When the Professor in Brock’s Department of Classics and Archaeology was writing Sexual Labor in the Athenian Courts, she wanted to look at “how complex sexual labour was and how it connected with Athenian society in general.”

“There is a tendency for sexual labour in Greek society to be somewhat reduced to the hetaira versus the pornai, with an autonomous, witty independent woman who benefits from her sexual labour at one end of the spectrum and an enslaved person at the other end,” Glazebrook says.

Her previous work on sexual labour in ancient Greece has explored its diversity, organization and social history. For this book, she wanted to look at how sexual labour was represented in Athenian law courts.

“The law courts are a specific context, where the orator is trying to persuade people to his cause or position,” says Glazebrook. “Sexual labour appears in law speeches in the context of dealing with children, marriage and inheritance.”

While the representation of sexual labour in the legal speeches was based in fact, it also problematized issues connected with family, city, citizenship, sexuality, gender and the body. The speeches often emphasized issues of payment for sex labour and slavery.

Athenian citizenship came with a lot of rights, and Athenians were very protective of that. While sexual labour wasn’t illegal, citizens who engaged in it could expect some restrictions on their citizen privileges, such as being discouraged from speaking in the assembly or marrying.

Glazebrook’s research found that discussion of sexual labour in the law court speeches was associated with various anxieties around social institutions, particularly around citizenship.

“Anxiety about women, enslaved people and non-Athenians all come together in the sex labourer, who could belong to all three identities,” she says. “In talking about the sex labourer, the orators could draw on discourses and highlight concerns with these other groups in the household, family and city and so on.”

Glazebrook’s research found the orators were exploiting their society’s anxieties about children’s legitimacy for citizenship and inheritance. One’s legitimacy as an Athenian citizen depended on the fulfilment of particular obligations and the witness of other citizens. Orators take this anxiety and put it on a particular group, says Glazebrook.

“Sex labourers are seen as creating a risk for the Athenian household,” she says. “We can see parallels between how it works in the orators and how we see sex labour work in any society. We take a particular group in a society and put our anxieties and tensions on them to create unity.”