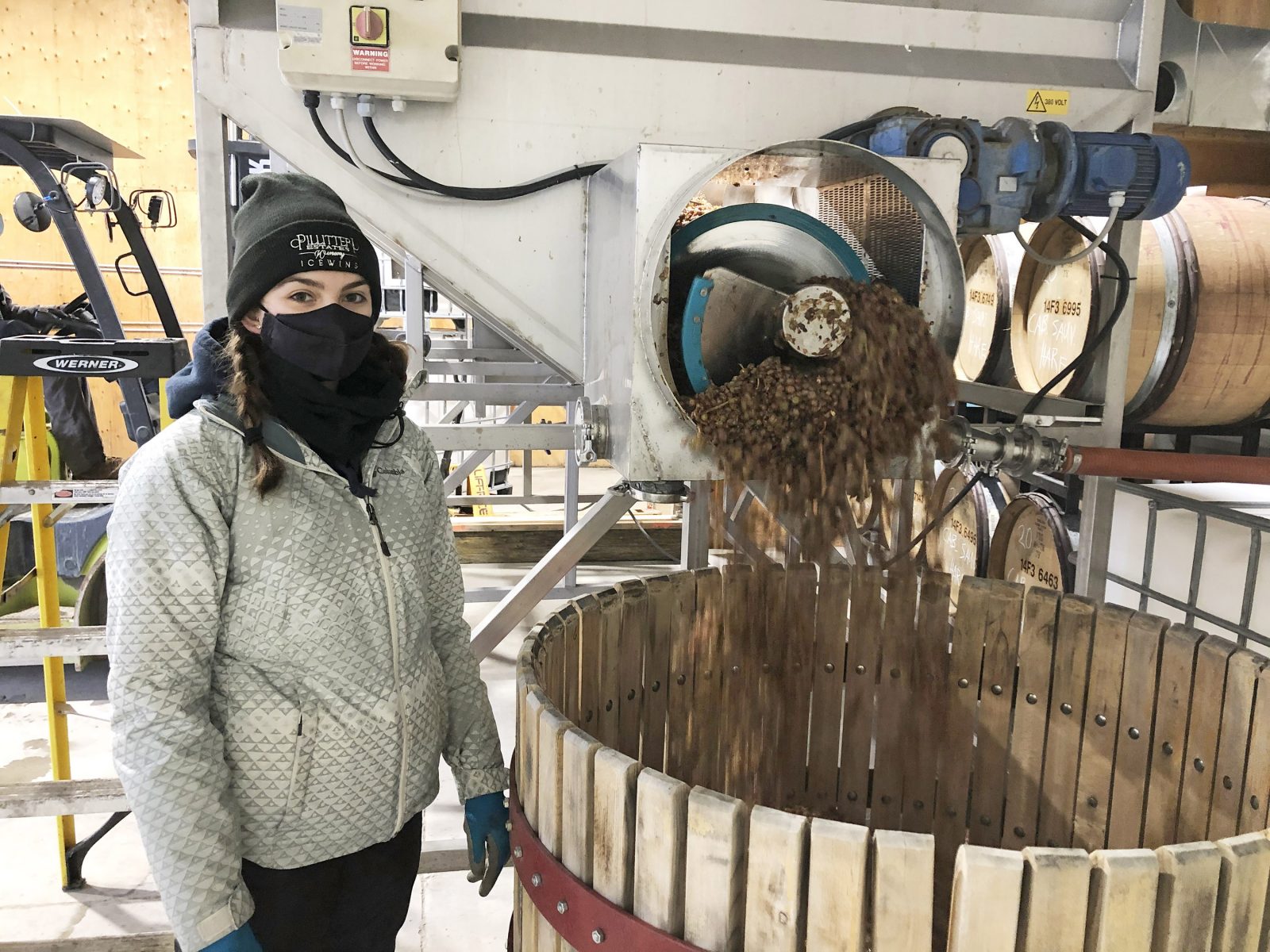 When a Canadian athlete celebrates their performance at the 2022 Winter Olympics in Beijing with a glass of wine, there’s a good chance the grapes their drink was made from will have been pressed by a Brock student.

As the Official Wine Partner of the Canadian Olympic Team, Pillitteri Estates Winery in Niagara-on-the-Lake will be the exclusive wine poured at all Canadian Olympic events. But the winery is also a key partner of Brock’s Cool Climate Oenology and Viticulture Institute (CCOVI) and regularly hosts Oenology and Viticulture students for their co-op work terms.

Fourth-year Bachelor of Oenology and Viticulture student Claire Findlater completed her co-op work term with Pillitteri in early 2021, where, in a first-of-its-kind program, she helped to make Icewine — a product Canadian winemakers are famous for.

Though the wines are regularly served internationally, it was the knowledge that they would be consumed by Olympians in Beijing that had Findlater feeling particularly proud of her efforts.

“There’s a big element of pride for myself to have had a part in a product that’s being served at the Olympics,” she said. “To see someone drinking our wine would be surreal, and it allows for such cool and unique recognition of a product I had a part in creating.” 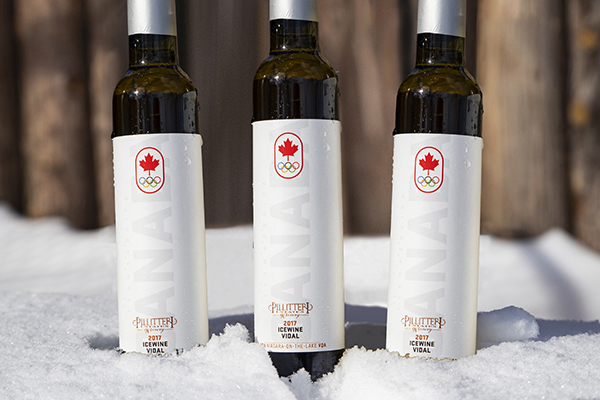 Pillitteri Estates Winery contributes $1 from each bottle sold in their Team Canada Olympic Wine Collection to support Canadian athletes through the Canadian Olympic Foundation. The winery is also a regular employer of Brock Oenology and Viticulture students, many of whom helped make the Olympic wines, through co-op work terms.

Along with providing the wines for Canadian athletes at the Olympics, Pillitteri also contributes $1 from each bottle sold in their Team Canada Olympic Wine Collection to support Canadian athletes through the Canadian Olympic Foundation.

Findlater said it was no surprise to hear the winery was supporting athletes’ development, just as they had supported her along her winemaking journey.

“Pillitteri has been a place that I know helps others when they can,” she said. “They have helped me develop the skills I needed to pursue a career in the wine industry, just the way their funding helps Olympians hone in on their skills. It’s so great to see how they support those mutually beneficial relationships.”

Jamie Slingerland, Pillitteri’s Director of Viniculture, said the partnerships are in line with the winery’s goal to give back.

“Relationship building is very important to us through community involvement,” he said. “Contributing to Team Canada and the education of Brock Oenology and Viticulture students has given us that personal involvement.”

Having employed eight Oenology and Viticulture students in the last year alone, Slingerland knows they feel just as excited about the Olympic partnership as he does.

“I think they beam with a bit of pride,” he said. “They know they are part of that Olympic process and that wines they helped to make are being consumed in a part of the world that everyone is watching.”

CCOVI has been working with Pillitteri for more than a decade on wine research projects funded by both the industry as a whole and the winery itself.

CCOVI Director Debbie Inglis said the partnerships and the research produced have been beneficial to everyone involved.

“These research results not only benefit Pillitteri, but they are also shared with the broader grape and wine community for everyone’s benefit,” she said. “Through these projects, students are trained on state-of-the-art equipment and research techniques used to address industry issues. At the same time, they get the opportunity to interact with industry members directly, which allows them networking opportunities that lead to employment opportunities once they have graduated.”

Inglis said the chance for students to feel connected to a world-renowned event like the Olympics was an added bonus to the longstanding partnership.

“It illustrates to the students, first-hand, how connected our wine industry is in Ontario on a global scale,” she said. “Opportunities to be involved with making Icewine that will directly support the Olympics are few and far between. We are so fortunate to have this relationship with Pillitteri and the unique, global, one-of-a-kind Icewine co-op experience for our students, as it gives them real-life, hands-on experience they cannot get anywhere else in the world for a product that has international prominence, and is featured as part of the Olympic sponsorship from the Niagara region.

For Findlater, that experience has translated into a readiness to take the next steps in her career after Convocation this spring.

“Not many 21-year-olds can go right into their career having already worked on international projects like this,” she said. “CCOVI and Pillitteri have such a large reach and do so many cool and innovative partnerships. I can’t wait to see where that experience takes me next.”