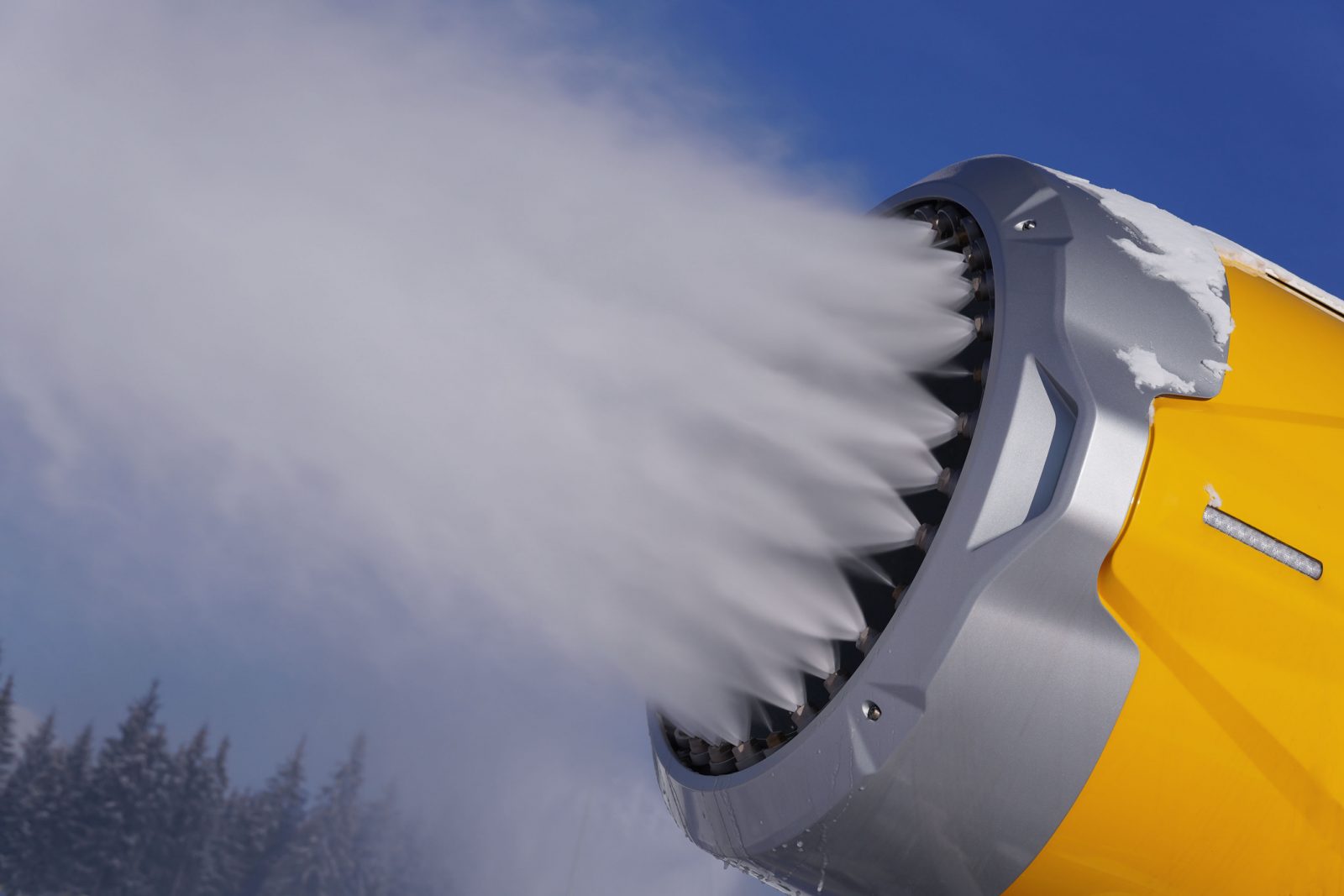 What do making artificial snow and cutting down trees in a nature reserve have in common?

These were both done to prepare for the Beijing 2022 Winter Olympics, measures Brock researchers say harm local ecosystems and contribute to global climate change.

The 2022 Winter Olympics are being billed by the host country as the first carbon neutral Olympics and the greenest Games ever through the use of environmentally friendly construction materials, fuel-efficient transportation systems and venues that are powered by green energy.

“On the surface, these things look great,” says Brock University Professor of Accounting and Governance Samir Trabelsi. “But these are symbolic disclosures. They’re not substantive; they don’t really tell the whole story.”

Winter Olympics are held in the Northern Hemisphere, which is warming up faster than the average global temperature under climate change, says Professor of Biology Liette Vasseur.

She points to research showing that if global greenhouse gas emissions continue as they have for the past two decades, only one city worldwide would be able to host the Winter Olympics by the end of the century compared to 21 locations now. If emission targets under the Paris Climate Agreement are reached, eight cities would be considered reliable winter hosts.

Experts agree Beijing doesn’t have reliable natural snow for winter sports. An estimated 49 million gallons of water was treated with chemicals and frozen in machines to make 100 per cent of the snow for these Winter Games.

“Most people probably don’t know that Beijing has had a water shortage for many years,” says Vasseur, who holds the UNESCO Chair on Community Sustainability: From Local to Global.

Vasseur, who has several research projects in China, observes that one of the main water sources in Beijing, the Miyun Reservoir, has shrunk substantially since the 1990s. The city’s second-largest source, the Guanting Reservoir, is one-seventh of its original size and ceased supplying drinking water to China’s capital in 1997 after being polluted from industry and farming.

“Water has been diverted from other people and activities to be able to make the snow,” she says.

In promoting their “green” Olympics, one of the selling points was that Olympic facilities would be converted into resorts for long-term use.

“Artificial snow destroys native vegetation and can causes erosion of the landscape,” says Trabelsi. “These unsustainable practices will likely continue after the Games; there is a long-term environmental impact that the government is not taking into consideration.”

Both he and Vasseur are also concerned about the clearing of a core area of the Songshan National Nature Reserve to build a ski run. The natural reserve is home to 180 species of animals and 700 species of plants.

“It is a sad situation for the environment when we hear about deforestation for only a few weeks of competition, just as it was for the Tokyo Olympics,” says Vasseur.

There are other negative environmental impacts. As is the case with any large international gathering, international flights will add to greenhouse gases linked to global climate change. Huge numbers of PCR tests, rapid tests, masks and other wastes “will have to go to the landfill site,” says Vasseur. She adds, “we may have to rethink all these large events that in the long term are no longer sustainable.”

Trabelsi says the Chinese government’s characterization of the Beijing 2022 Winter Olympics as being the “greenest and cleanest Olympic Games ever” is actually a form of greenwashing.

‘Greenwashing’ occurs when goods, services, policies and other practices are labeled as being sustainable or environmentally friendly when in fact, they are not, especially in the long term.

China is the world’s largest consumer of coal, the single-biggest contributor to anthropogenic climate change. The country produces more than a quarter of the world’s annual greenhouse gas emissions.

“These Olympics gives the opportunity to label China a green country,” says Trabelsi. “They may be trying to achieve net zero, but they’re not there yet.”

Trabelsi is cynical about the Beijing Olympics’ green claims, mostly because there is no independent external assessment to verify the information.

“It’s really under the total discretion of the host to decide what to do,” he says. “In the absence of reporting standards and independent assessments, countries such as China are largely their own arbiter of success in reaching sustainability goals.”

Trabelsi says given the limited list of countries willing to host the Olympics, the International Olympic Committee likely won’t deny a country hosting the Games on the grounds of failing the sustainability test.