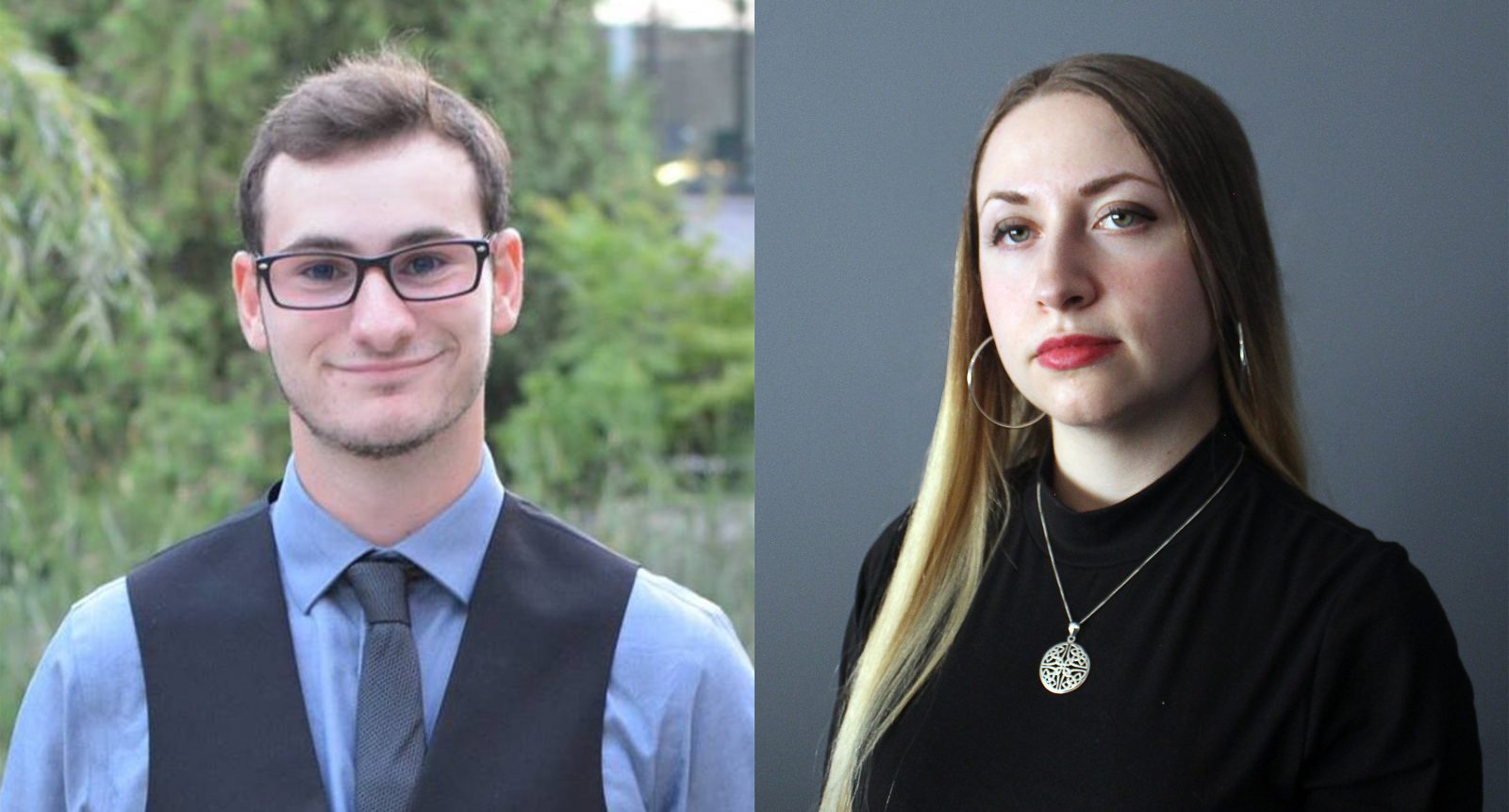 When the Canada Games Council delivered more than 66,000 photos, slides and images to Brock last fall, fourth-year History students Kat Rice and Michael Storms knew they had a big project on their hands.

Their initial goal was to digitize 50 to 100 images for the Sport Oral History Archive, but in the end, Rice and Storms digitized more than 500 images related to lacrosse and women’s hockey.

“I think the project really helped me develop as a historian,” says Rice. “It challenged me in a lot of ways. There are all these stories hidden right in front of you.”

Under the guidance of Elizabeth Vlossak, Associate Professor of History and co-Director of the Sport Oral History Archive, and Project Lead Anitta Martignago, Storms and Rice developed the technical skills required to digitize archival material.

Rice and Storms had about 20 different metadata fields they had to fill out for each scanned image, documenting everything from who was in the image to the condition of the photo or slide itself.

They also conducted research on the photos they found for an online exhibit to be launched later this year as part of the Sport Oral History Archive.

“Sport history is a microcosm of society,” says Storms. “The people that are included or rejected from play gives us a snapshot into the mindset of the community and those in power at that time.”

Storms’ research looked at the Indigenous origins of lacrosse as medicine and its colonization by white people. Although Indigenous populations developed the game of lacrosse, by the end of the 19th century they were barred from nationally organized play.

“You do not need to be an athlete to understand that the sport was used as a tool of segregation as it became a white-dominated game,” says Storms. “Fast forward to today, the Calls to Action by the Truth and Reconciliation Commission of Canada specifically request the Indigenization of athletics. Lacrosse is now a tool for Indigenous youth to understand and reconnect with their heritage.”

Lacrosse was dropped from the Canada Summer Games in 1985 and will be reintroduced for the first time this summer.

“For the 2022 Games, having lacrosse on the lineup is not just about being able to play the sport, but its representation for acknowledging the Calls to Action and promoting a diversely accepted nation,” says Storms.

Rice drew on her long-standing interest in hockey history to focus on women’s hockey at the Canada Games.

“Women’s hockey was first included in the Canada Games in 1991, which is just one year after the first women’s World Hockey Championship in 1990 and seven years before women played hockey at the Olympics,” she says. “The Canada Games have been critical to the development of high-performance women’s hockey.”

Prior to 1990, women in Canada didn’t have the opportunity for high-performance hockey, but its inclusion in the Canada Games sparked a lot of grassroots programs that kept talented athletes such as Olympian Cassie Campbell-Pascall in the sport, says Rice.

The rapid development can be seen in the photographs.

“There’s a couple of photographs of the Nova Scotia team participating in 1991 in blank white practice jerseys. It was the first Canada Games they ever played in, so they didn’t have the funds to get jerseys that had their team’s name on it like the other provinces had,” she says. “But by the next Canada Games in 1995, just one game cycle, they have their own jerseys with Nova Scotia written on it, they had colour-co-ordinated equipment, and the goalie even had a customized mask and pads.”

The project also gave the students insight into the day-to-day lives of the young athletes participating in the Canada Games.

“Most photographs are during play or training as if they are machines and not teenagers,” says Storms. “What I love about some of the photos I found is that now we have the chance to remind everyone these athletes are human, and not only that but young humans.”

“Working with the Canada Games Council to digitize their archive has been a wonderful opportunity for our students,” says Vlossak. “It’s a rare and unique opportunity for students to work with a collection that has not been organized, inventoried or in some cases even looked at since its creation, and to experience the process of digitizing a collection from the beginning.”

Vlossak hopes other students will join the ongoing digitization project, which is funded by Brock’s Canada Games grant program.