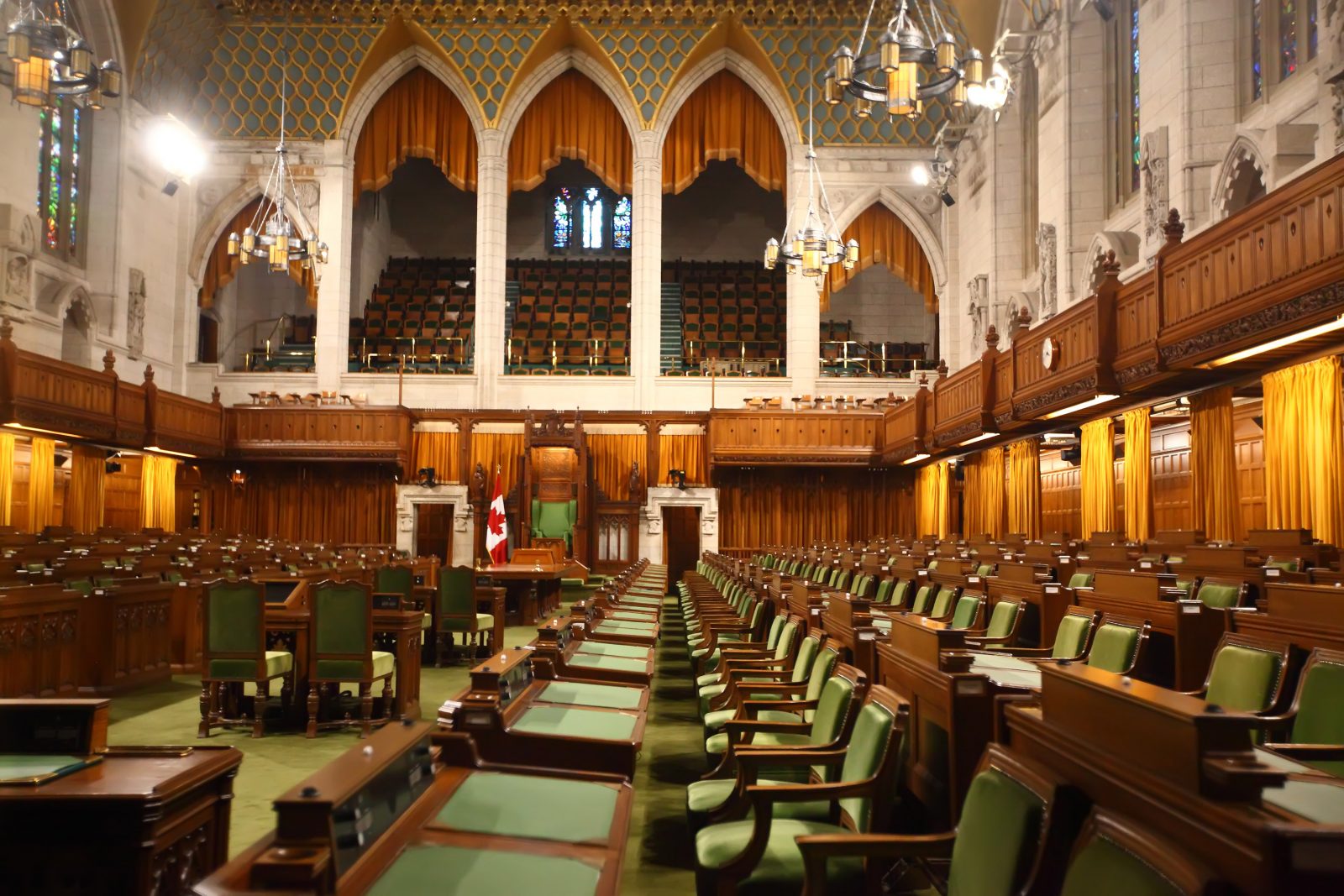 A new paper from Brock researchers maps positive language use to parties, power and political crises in Canadian parliament.

The finding may be counterintuitive, but according to the authors of a new Brock University paper, it’s in keeping with a stable correlation between politicians’ word choices and both the political and social dynamics of the day.

In it, they show that the level of positive valence, or emotional evocativeness, in words chosen by members of parliament in Canada follows predictable, stable patterns based on party lines and number of seats, as well as non-partisan factors, even as individual politicians may come and go from office.

Gallant and Libben identified the patterns by completing a computerized statistical analysis of the Hansard, the curated public record of parliamentary proceedings, using a database of word valence created in 2013. The database includes some 13,000 words ranked for emotional valence by more than 1,800 participants. These were compared with more than 92 million words in the Hansard from 2006 to 2021.

Gallant says he and Libben considered two possible explanations for the increase in positive language as the pandemic worsened.

“It’s challenging for public policy to keep pace in an unpredictable and ever-worsening crisis, so the positive language use that we observed during the pandemic may have reflected efforts to come together in the face of non-partisan issues,” says Gallant, noting that a similar pattern of positive language use emerged during minority governments, which required higher levels of co-operation.

“An alternative view is that our results reflect Canadian politicians’ sense of optimism,” says Gallant. “At the peak of each COVID-19 wave, case counts were high but projected future case counts were often levelling off or decreasing, so the more positive language use may have reflected a more hopeful outlook on the future.”

Libben, whose previous research has demonstrated that people’s responses to words are automatic, says that politicians as expert language users are likely well aware of the emotional impact of words.

“You can’t be a politician if you’re not a people person with high levels of social skill and interpersonal empathy,” says Libben. “A big part of that is language. It corresponds completely to everything we know about language that politicians become mirrors of public discourse, as reflected in these findings around COVID-19.”

The analysis does not account for the context of word use, only the words themselves, and yet, the results are consistently reflective of the trends identified by the researchers. For example, in the sentence ‘there’s nothing horrible going on,’ both “nothing” and “horrible” might rate negatively in the database even though the complete sentence has a positive meaning. But the results of the study still show that the positive valence tracks with social and political circumstances over time — another finding that Libben finds quite interesting.

The study, undertaken as part of the Words in the World Social Sciences and Humanities Research Council of Canada Partnership Grant led by Libben, was outside of the usual area of study for the two psycholinguists, who typically focus more on how language is processed.

“We were talking about Brexit and wondering if we could measure how language heats up and has political consequences in the world, and how people’s emotional states are measurable through their language use,” says Libben. “That’s what first led us to the Hansard, and then COVID-19 happened so quickly and became a great case to examine language heating up or being cooled down.”

Once the idea struck them that the Hansard might be analyzed in this way, Libben was confident that Gallant could meet the challenge.

“Jordan was not trained in any way to do this kind of this stuff, and to the best of our knowledge, no one had done it,” says Libben. “We thought we would give it a shot and the worst that could happen would be that it wasn’t good, but we would still learn and have fun.”

Gallant, now a PhD student in the Cognitive Science of Language at McMaster, agrees that the project was outside of his typical approach to research, but getting up to speed in order to complete it has shone a light on new avenues for his future work.

“This study posed a lot of new technical challenges for me and required that I develop an entirely new skill set in corpus and computational linguistics,” says Gallant. “Stepping outside of my comfort zone has opened up a number of future possibilities for my career and my research.”

He adds that the study also opens up possibilities for future research because it shows the potential for comparative linguistic analyses of the Hansard, which is used in 25 countries and is freely available to the public.