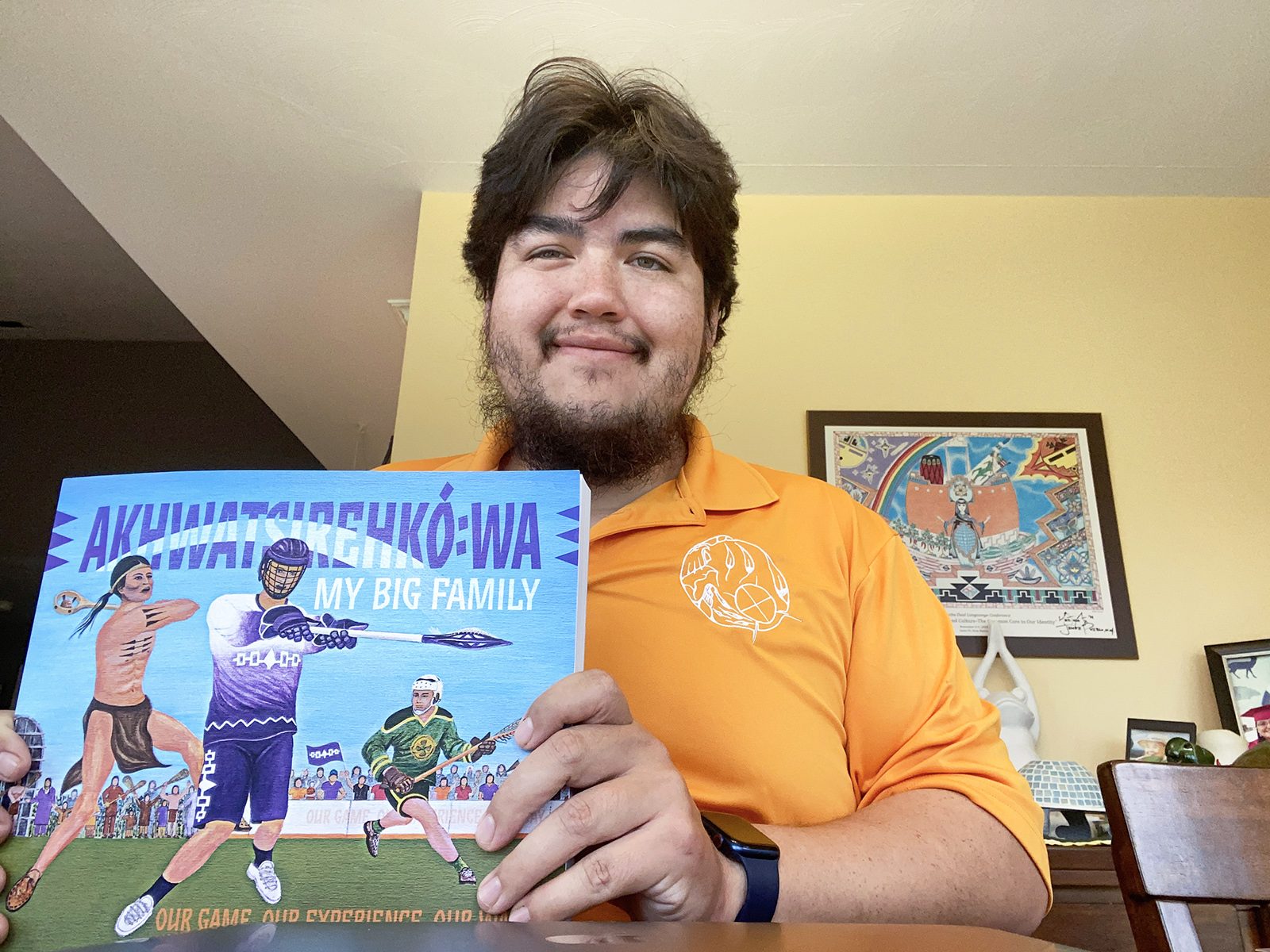 Brennor Jacobs (BA ’19) has spent most of his professional life helping to preserve Indigenous culture and language.

The 30-year-old of the Oneida Turtle Clan is the 2021 recipient of Brock University’s Outstanding Young Alumni Award, which is one of several annual awards granted by the Brock University Alumni Association.

Jacobs first became involved with creating adult literacy programming and materials for Indigenous learners while he was studying at Brock. In his second year of Business Communications, he took a summer job with Turtle’s Back Publishing, a division of the Ontario Native Literacy Coalition, to create a workbook for the Mohawk language.

“I was enthralled to be able to share my language and culture and bring to light some of the misunderstandings of my culture within both Indigenous and non-Indigenous communities,” he said.

Throughout his third and fourth year of studies, he continued his role and developed additional language workbooks for the Oneida and Anishinaabe languages.

After graduating from Brock in 2019, Jacobs had the idea to create a small resource booklet on lacrosse, a sport that has deep roots in many Indigenous cultures and within Jacob’s own family and community.

As he researched the game and interviewed players, the original concept for a 50-page resource guide evolved into a book.

“I heard from people who were affected emotionally and spiritually by lacrosse — how they experienced an emotional release each time they played the game,” he said.

As Jacobs’ interest grew and he interviewed more players, he realized his new vision was too much work for one person. He invited his cousin Brendan Bomberry, a professional lacrosse player, to join him on the project.

The duo interviewed nearly 70 former and current lacrosse players and influencers from around the world, as well as Indigenous elders. The result was a 437-page book titled Akhwatsirehko:wa My Big Family that explores how lacrosse has impacted people emotionally, intellectually and spiritually.

“Lacrosse isn’t a mainstream or highly celebrated sport like others we see on TV, so whenever people get together to play, it feels like family,” he said.

“In my culture, we call lacrosse the medicine game. In the book, we explore how that medicine — that power within the game — affects people who play the game.”

Growing up, lacrosse provided opportunities for Jacobs to travel internationally for tournaments and to meet new people. Lacrosse was also one way his goalie father taught him about their culture.

Sadly, Jacobs’ father passed away last year while he was still writing the book.

“My dad showed me the game and taught me all these little aspects about my culture,” said Jacobs. “(When he died,) I re-evaluated what the game meant to me and tried to bring together some of these aspects into the book.”

Earlier this year, Akhwatsirehko:wa My Big Family was recognized internationally. It won the Mind, Body and Spirit category of the 2021 Next Generation Indie Book Awards — the largest international awards program for independent authors and publishers.

Jacobs is proud his book has received such accolades and is grateful to be honoured with Brock University’s 2021 Outstanding Young Alumni Award.

“I really hope it inspires more Indigenous people to reach for their highest goals and achieve their best life,” he said.

He said that sharing aspects of his culture through his book and his work with creating adult literacy programs for Indigenous communities across Ontario has been an empowering experience.

Jacobs plans to continue promoting his book and work, and has recently turned his attention to creating digital literacy programs for Indigenous learners.

“There’s a lot of Indigenous people who haven’t had the same opportunities and resources as I have — even to get a secondary school diploma,” he said. “I think it’s really important to make these learning opportunities easier for people to access.”