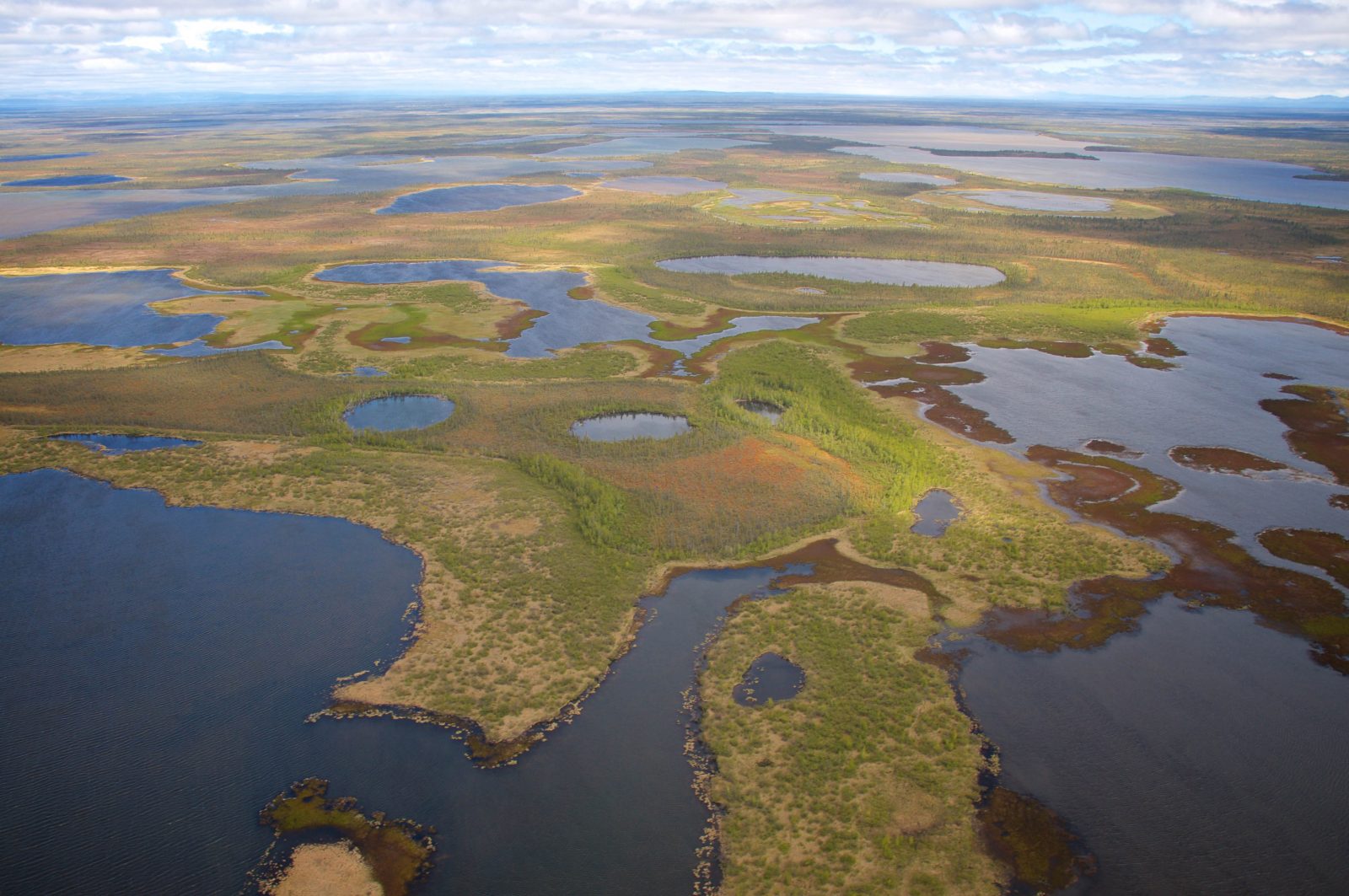 Old Crow Flats, Yukon is showing signs of increased rainfall, according to new research from Kevin Turner in Brock’s Department of Geography and Tourism Studies. (Photo courtesy of Kevin Turner)

Across the Old Crow Flats in the northern Yukon, lakes are telling a story of climate-driven change.

The traditional territory of the Vuntut Gwitchin First Nation (VGFN), the Old Crow Flats is recognized as a Ramsar Wetland of International Importance thanks to its more than 8,000 thermokarst lakes (up to 15 square kilometres) and ponds. Thermokarst lakes are formed by thawed permafrost and can be prone to drainage if they expand into low-lying areas.

Kevin Turner, an Associate Professor in Brock’s Department of Geography and Tourism Studies and Fulbright Canada Research Chair in Arctic Studies at the University of Washington, has studied the area since 2007, and he says that warmer temperatures, longer summers and more rain are “priming this important landscape for continued climate-driven landscape change.”

In a new paper with Lauren A. MacDonald, who was a post-doctoral research fellow at Brock in fall 2020, as well as researchers from Wilfrid Laurier University, University of Waterloo and Parks Canada, Turner and his team share an analysis of water samples suggesting significant trends toward increased rainfall in the area, which could affect drainage in the shallow lakes and cause changes to soil stability along shorelines.

The research, conducted under the direction of the Vuntut Gwitchin Government and the North Yukon Renewable Resources Council, saw sampling take place from 14 lakes in the Old Crow Flats two to three times per year from 2007 to 2019. 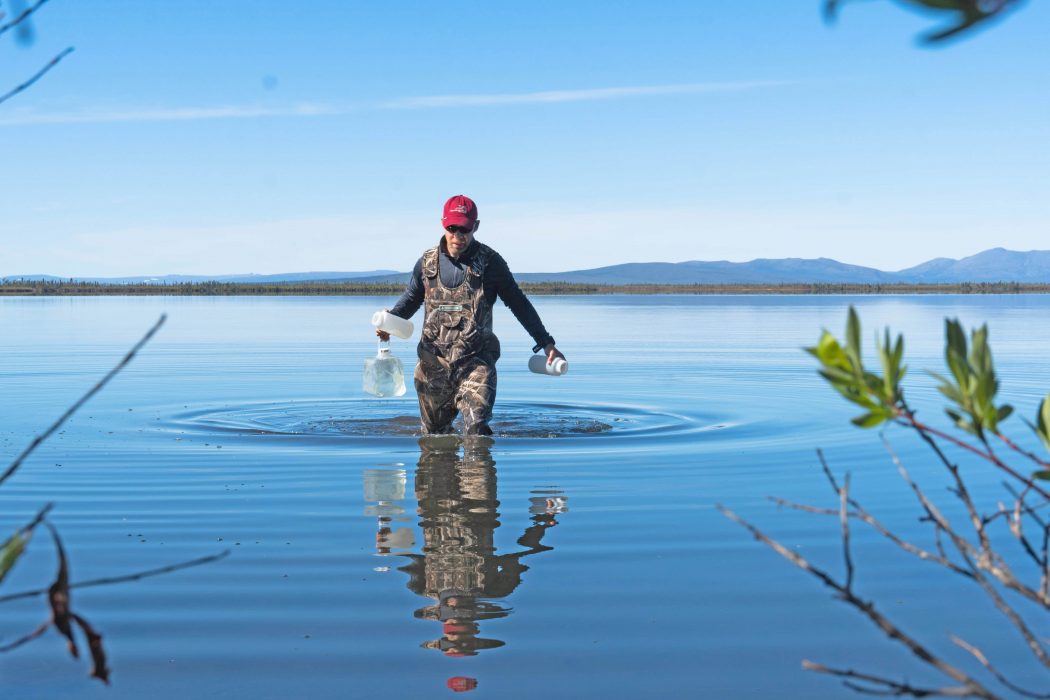 The samples produced a 13-year record that the research team has analyzed using water isotope tracers to distinguish between input sources, such as rainfall and snow melt, and also to track water losses due to evaporation.

“There is more than meets the eye with these results, as they represent a status indicator of the increasing vulnerability of this area to drastic change,” says Turner. “For example, permafrost, which holds the landscape intact, degrades more during warmer and wetter conditions, which can lead to more shoreline slumping and rapid drainage of lakes into the river network.”

These changes to the landscape can disrupt ecosystems, affecting plants and wildlife and interfering with traditional ways of life — a trend already recognized by the VGFN.

“Findings complement the traditional knowledge of the VGFN, who have observed changes in climate and landscape characteristics during recent decades and have recently declared a climate emergency,” says Turner.

“Isotopic evidence of increasing water abundance and lake hydrological change in Old Crow Flats, Yukon, Canada” was published in Environmental Research Letters in late November. Turner says that its findings demonstrate why collaboration and co-operation in research is so important.

“This research showcases the value of innovative and collaborative long-term monitoring programs in these important and remote areas of the North where the impacts of climate change are heightened,” he says.