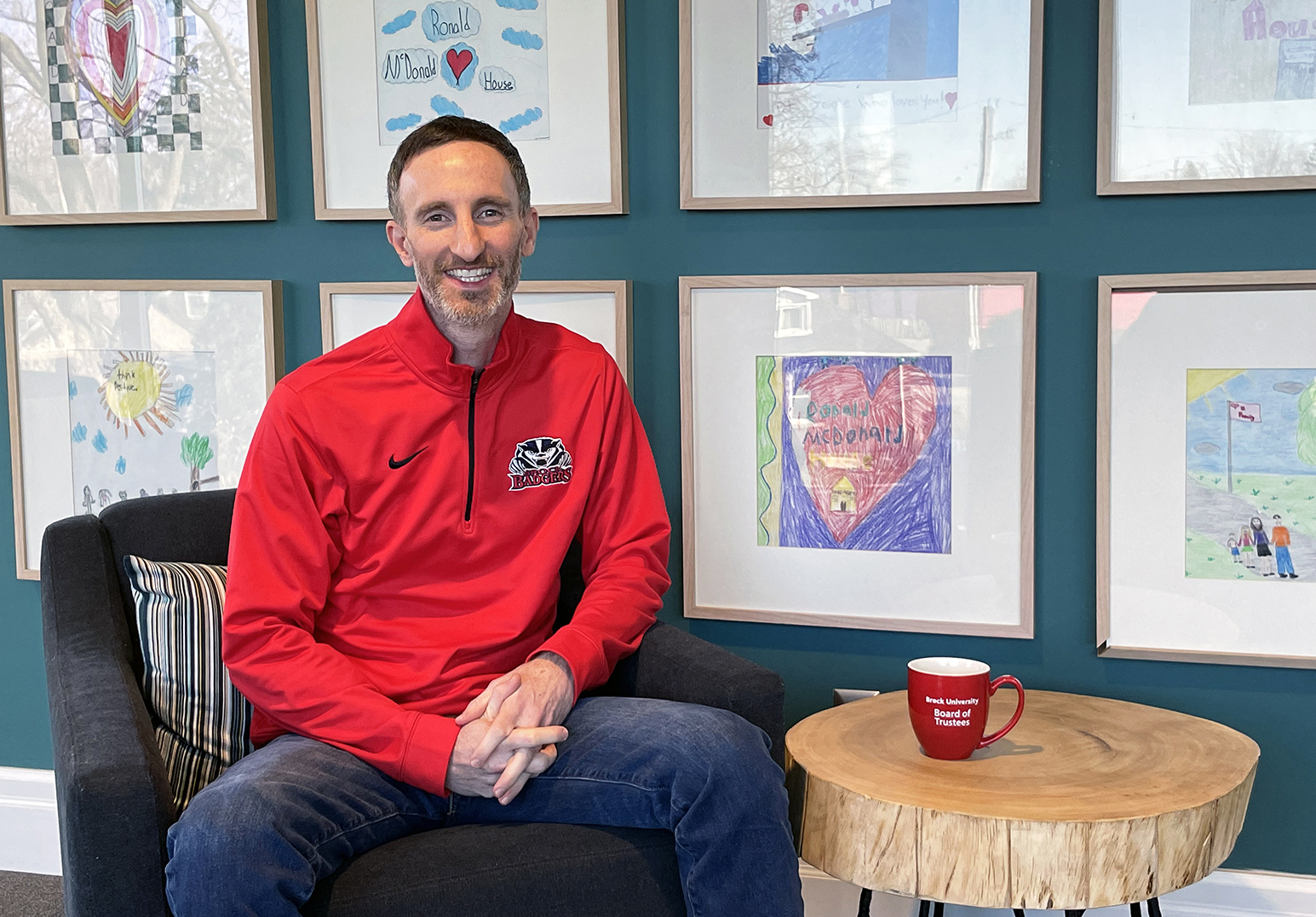 As one of nine siblings, Mario De Divitiis (BA ’06, MA ’08) grew up with a selfless attitude and a sense of community.

His mother has spent the past five decades volunteering with many local organizations, and his father was an entrepreneur who was closely connected to and driven by local initiatives.

So it’s no wonder De Divitiis developed a passion for helping others and has dedicated his personal and professional life to making a positive impact.

Throughout his professional career, De Divitiis has chosen paid and volunteer roles that have provided him opportunities to help the greater good and has built a track record of elevating organizations to new heights.

“Every time I got involved in some sort of community service, it made me feel good, so I just kept on doing it more and more,” he said. “It is even more rewarding when I encourage somebody else to get involved and they follow through on it.”

Early in his career, De Divitiis realized he could pursue other vocations that might lead to more wealth, but it wouldn’t be enough to satisfy him. He said he seeks organizations interested in building, growing or giving back to an important cause.

“I measure personal success in terms of the impact I’m making in a community,” he said. “I find great joy and satisfaction in contributing to something bigger than me or the bottom line. Perhaps I can be successful in other industries that could offer more monetary value, but that just isn’t enough for me — it won’t fill my cup.”

Among the numerous jobs De Divitiis has chosen over the years, some that stand out to him include his role as Founding Executive Director with Leadership Niagara, a non-profit organization dedicated to inspiring civic action and nurturing future leaders, and his role as Chief Executive Officer with the Niagara Workforce Planning Board, a labour market and economic think tank that was revitalized under his leadership.

He said his current role as Chief Executive Officer with Ronald McDonald House Charities South Central Ontario has brought him the most joy he’s experienced in his career. The non-profit organization is dedicated to keeping families close together by providing accommodation, food and family programming while their sick child receives medical treatment in hospital. The South Central Ontario location is one of 16 Ronald McDonald House Charities across Canada.

“Anyone who knows me will tell you that I love my family and I truly love being a dad,” De Divitiis said. “Leading an organization that is dedicated to keeping families close when they’re going through the unimaginable is a privilege and responsibility I hold dear.”

Outside of his professional work, De Divitiis dedicates time to volunteering on boards of directors. He is currently the inaugural Board Chair for the FirstOntario Performing Arts Centre and was on Brock University’s Board of Trustees for seven years, participating in every committee available. In 2020, Brock granted him Trustee Emeritus status, making him the youngest person in the University’s history with this honour.

De Divitiis said his affinity for Brock started young, when his entrepreneurial family’s entire livelihood was based on students attending their restaurants, nightclubs and student accommodations. Then, as a student, he fell in love with Brock’s campus and the community of professors, especially those from the Political Science department who mentored him, such as the late Ken Kernaghan and recently retired David Siegel. As a young professional, he found wisdom and support from board members, such as the late Joe Robertson, and senior staff, such as Brian Hutchings, who wanted to see him grow and succeed.

In 2014, De Divitiis met his wife Rachel while she was working at Brock. The couple now visits campus with their two young daughters to play or ride their bikes. De Divitiis also frequently visits Brock for moments of quiet reflection, often strolling the grounds while enjoying his morning coffee.

“I’m indebted to Brock, and I’m sure I’m going to be for quite some time,” he said. “It shaped my life, and I love that it’s shaping thousands of other people’s lives too.”