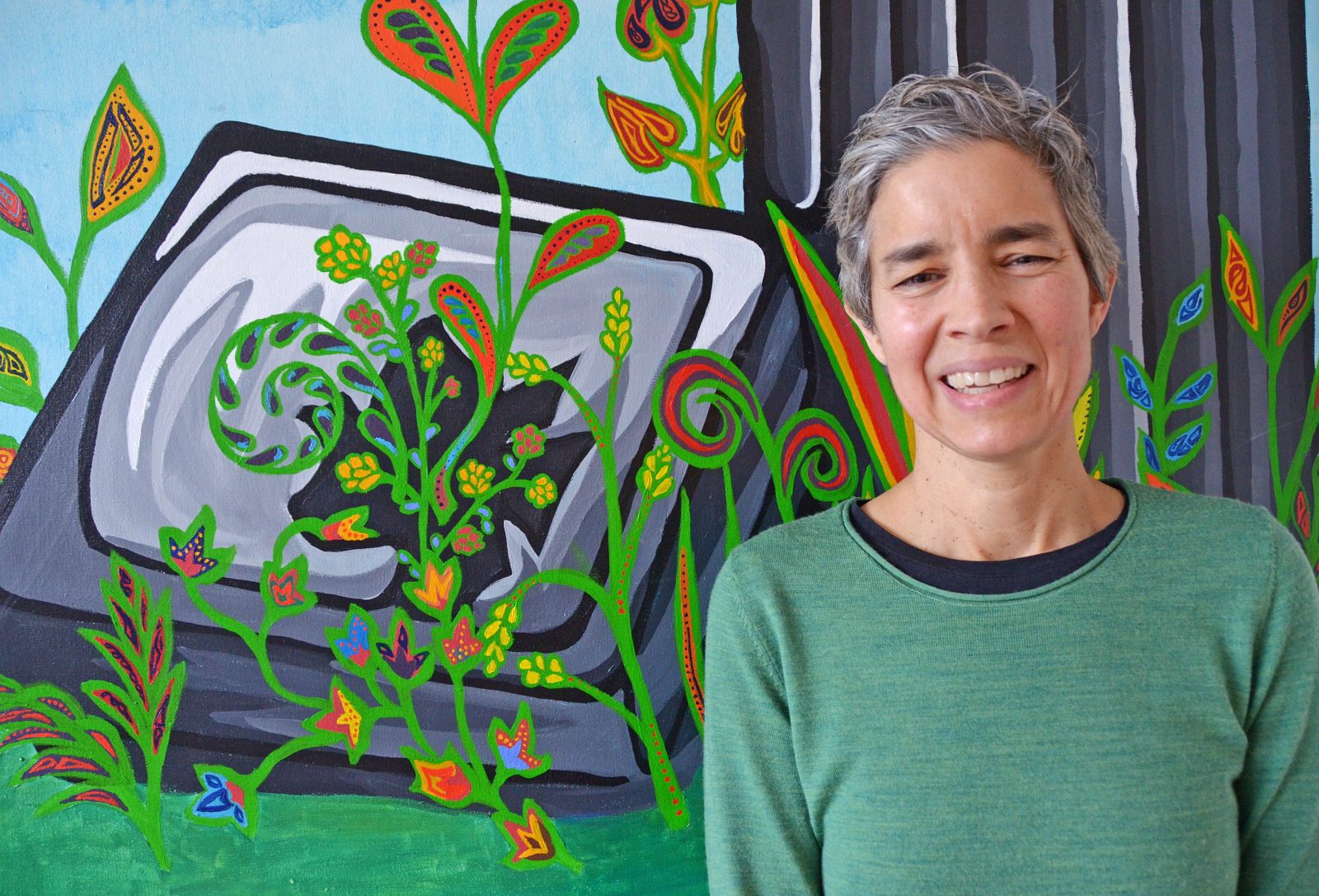 Jennifer Good, Associate Professor in the Department of Communication, Popular Culture and Film.

Jennifer Good is Associate Professor of Communication, Popular Culture and Film. She researches the role communication plays in how people understand their relationship with the “natural environment,” exploring such topics as the communication of climate change, materialism, earth-based spirituality, electronic waste, the psychology of media effects and media literacy. She is currently researching people’s spiritual experiences related to “nature” and if and how those experiences are shared.

In a speech climate change activist Greta Thunberg delivered to the United Nations two years ago, one sentence in particular made Jennifer Good sit up and take notice.

It was a reference to the “fairy tales of eternal economic growth” in the midst of mass extinction, an image with which Good instantly resonated.

She says what makes Thunberg’s mention of it so remarkable is that she actually talked about economics, which almost never happens in mainstream media coverage of the environment and climate change.

Among her many research activities, Good analyzes how climate change stories are told in “big media.” The point is not just academic, as these reports shape the way society understands climate change and how to address the problem.

In an early communication of climate change study published more than 20 years ago, Good and her then PhD advisor published an article exploring the phenomenon of unusual temperatures — extremely hot or cold — leading to climate change coverage in major newspapers.

In 2008, Good’s research showed a hesitancy for newspapers in Canada, the U.S. and around the world to frame or tell stories about climate change with either extreme weather consequences or oil reduction solutions.

It is only recently, Good’s research finds, that stories about extreme weather — hurricanes, fires, floods, droughts — have included or been framed with climate change, while the links between climate change and refugees continue to be largely missing in media stories.

“But there is one vitally important climate change story that continues to be profoundly absent: these are stories that link our economic model and voracious consumption to climate change,” says Good.

In the year leading up to Thunberg’s 2019 speech, Good conducted a content analysis on the Canadian Major Dailies database. She found 850 newspaper articles, including opinion editorials and letters, with “climate change” in the headline.

“Of those hundreds of articles, letters and op-eds, there was one letter to the editor — one voice — expressing concerns about economic growth in the era of climate change,” Good wrote in a recent editorial in The Conversation.

Fuelling economic growth are materialistic values that drive “voracious consumerism,” says Good. For example, the launching of new or next-generation technologies is given great fanfare, yet there are almost no stories in mainstream media about the carbon footprint of manufacturing and using the technologies and what happens to the older technologies.

Electronic waste is a huge problem. In her 2016 study, “Creating iPhone Dreams: Annihilating E-waste Nightmares” Good discussed the tremendous e-waste that is generated. For example, more than 142,000 computers and 416,000 mobile devices are discarded every day in the U.S., according to a 2012 report; “that number has only increased over the years,” she says.

Good found that of those articles, only six also contained mention of “electronic waste” or “e-waste.”

Good refers to a concept called “symbolic annihilation” in discussing the media’s lack of coverage on iPhones and electronic waste. The idea is that, if something is not discussed in the media, then it is not important — it does not exist.

“Stories matter,” says Good. “Our economic stories, stories of endless economic growth based on voracious consumption, are the absolute foundation of climate change; these stories are almost never told.”